Central banks are currently facing a trilemma as they strive to create a practical central bank digital currency (CBDC). Programmability, identity, and privacy matter when it comes to any digital currency that is designed to target mass usage. However, research has proven that focusing on one of these functionalities can be at the expense of another.

Notably, a majority of countries that are pursuing CBDCs have legal compliance to consider. In that context, the identities of the entities and individuals that use these digital currencies have to be entirely verifiable to guarantee that funds are not used for any illegal activities, including money laundering.

That is easier said than done. Any identity-based system eventually threatens a user’s privacy, and immediately makes the digital in question less anonymous than cash. Programmable money is another major shortcoming that CBDCs bring up, ensuring that available funds can be used for particular purposes. 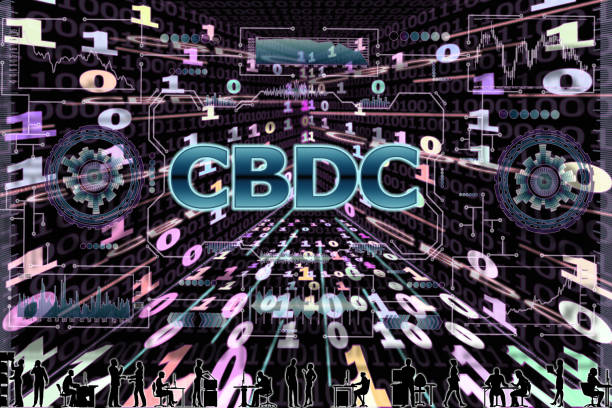 Even though the token-based systems that blockchain offers make all these possible, user-specific components and features cannot get introduced without personal data. That also risks user privacy.

Due to all these occurrences, central banks are seemingly walking a tightrope as they try to develop a CBDC that scores equally well on programmability, identity, and privacy.

Contents hide
1 Issues With Design Choices Currently In The Pipeline
2 What Happens When A CBDC Has An Excellent Identity Mechanism?
3 How CBDCs Are Being Built Practically
4 How To Overcome The CBDC Design Trilemma
5 Decentralization Might Be The Final Frontier For The CBDCs
6 Decentralized CBDCs Are Now Conceptualized
7 Decentralization Is Great For CBDCs

Issues With Design Choices Currently In The Pipeline

Most of the payment-based CBDC solutions are compromising on privacy to achieve programmability and identity. Currently, lots of blockchains and cryptocurrency-based CBDCs are compromising on the protection of user identities to achieve programmability and privacy. To some extent, this is understandable. A central bank digital currency that has a weak identity system may result in unpleasant consequences for the end-user.

Without such a system set in place, a user who misplaces or forgets their private keys may end up losing access to their assets entirely. That replicates the issue seen with other cryptos.

What Happens When A CBDC Has An Excellent Identity Mechanism?

CBDCs can be underpinned by traditional payment gateways, which deliver an account-based solution with a great identity mechanism. This strategy is 100% compatible with the conventional banking systems and it is legally compliant. Moreover, it provides some recourse to the users in case their private information and data are lost.

Such a scenario can be treated as forgetting the password to a bank account where such information can get recovered easily. Since personal information is readily available, it means that programmable money features can easily get introduced. A perfect example is the introduction of automatic taxation where funds are instantly deducted based on the user’s income.

Though all of that can deliver some highly-needed streamlining, such a centralized system does come with shortcomings. It sets up a single point of failure that cryptos were designed to avert, and there might be a risk of huge and devastating data leaks.

How CBDCs Are Being Built Practically

Central banks are already aware of this design trilemma. Among them is the European Central Bank (ECB) that has long said:

“Digitization represents a major challenge for the payments ecosystem, requiring that a balance be struck between allowing a certain degree of privacy in electronic payments and ensuring compliance with regulations aimed at tackling money laundering and the financing of terrorism.”

On its part, the Bank of England (BoE) does not think that such a requires to be set on the distributed ledger technology (DLT). The bank executives added:

“There is no inherent reason it could not be built using more conventional centralized technology. It says distribution and decentralization could end up making the CBDC more resilient and available, but this could compromise performance, privacy, and security.”

For now, China appears to be miles ahead when it comes to rolling out a central bank digital currency. The leading researcher on the CBDC at the People’s Bank of China, Mu Changchun, mentioned that an entirely anonymous approach would not work. However, this does not have to happen at the expense of user privacy.

Instead, Beijing’s stand champions “controllable anonymity.” Thus, small transactions can be held in private, telecom operators are banned from sharing personal data and phone numbers with the central bank. Also, payment information can be encrypted.

Some of the critics are taking a dim view about what “controllable anonymity” might mean. They have expressed fears that it may result in transaction history being surveilled by the government. 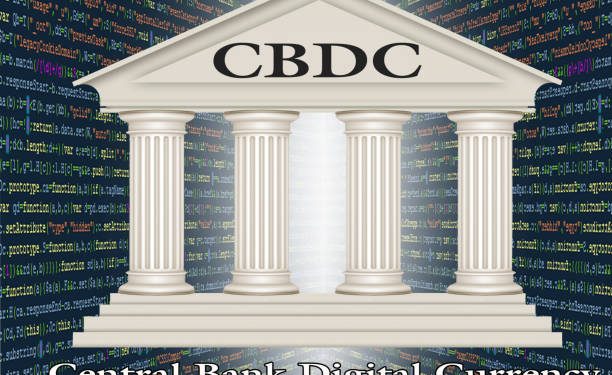 How To Overcome The CBDC Design Trilemma

While most blockchain networks can be structurally decentralized, the operation itself can be quite sequential and centralized. The challenge mainly lies in how transactions cannot get processed simultaneously and many smart contracts cannot be operated concurrently.

An identity-based, meta-blockchain can help achieve all the three design goals of privacy, identity, and programmability. The meta-blockchain can operate smart contracts in parallel and it can guarantee that a user’s information is maintained as a secret always.

SovereignWallet Network (SWN) Global is convinced that it has found a viable solution for tackling the challenges that CBDCs encounter. It now aims to deliver self-sovereign financial services to the masses.

The fourth-generation network takes over all the advancements in digital currency and blockchain technologies. This project launched the MUI MetaBlockchain mainnet on January 3. Developers acknowledge that MetaMUI can help in achieving the ideal equilibrium in the CBDC design trilemma, enabling the next generation of digital assets to be rolled out smoothly.

Decentralization Might Be The Final Frontier For The CBDCs

As CBDCs continue to gain mainstream adoption and traction in the financial world recently, almost all central banks are actively reviewing the risks and benefits of floating a virtual currency to their public. Decentralized CBDCs may get some interest from the public much more than the centralized versions, based on the latest research.

A CBDC is backed by a suitable amount of monetary reserves like foreign currency reserves and gold. Notably, every CBDC unit functions as a secure digital instrument that can be used as a store of value, means of payment, and sometimes an official unit of account.

CBDCs are different from stablecoins since they are issued by governments and backed wholly by central bank-issued money. That aspect makes them fully regulated.

China’s Digital Currency Electronic Payment (DCEP) project appears to be the most advanced CBDC test. It has already rolled out the token for the consumers in major regions like Suzhou, Beijing, Shenzhen, and Chengdu most recently.

China is now aiming to unleash the digital yuan before the 2022’s Winter Olympics. Hence, it now appears to be positioning itself as a global leader within the digital currency space. While the China CBDC was originally limited in its general scope of use, its expansion has exploded in the past few months.

The digital yuan was being used for many large-scale digital transactions including online shopping and ATM withdrawals. Furthermore, to enable users to understand the value proposition postulated by CBDCs, the government of China has so far engaged with multiple educational blockchain projects.

They have taken this strategy aiming to teach the general population about decentralized technology, smart contracts, and many other niches related to the ever-growing and ever-evolving space. 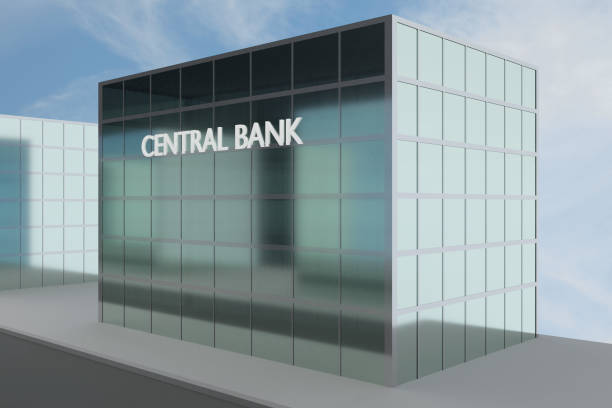 Today, for a CBDC to be adopted entirely by any state, it needs to comply with the region’s existing monetary policies. While still cautious about CBDCs, central banks appear apprehensive about digital assets in general. They remain hesitant because cryptos introduce advanced decentralization that affects how the banks’ current governance protocols operate.

For the governments and central banks that want to digitalize their economies through the use of CBDCs, it seems like for the offerings to succeed, they need to benefit from the most revolutionary aspect projected by blockchain and cryptocurrency technology: decentralization.

Most of the projects that have been suggested in recent years aim to support peer-to-peer transactions. But, they seem to use governance infrastructures that are extensively authoritarian. It means that they are centralized and wholly controlled by a single entity, mainly the government. 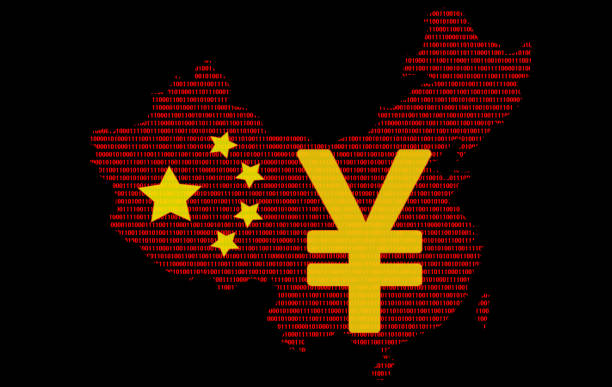 Nonetheless, as the public trust in governments and banking institutions continue to wither, there is a minimal incentive for the consumers to adopt such CBDCs. Therefore, there seems to be a great window of opportunity for the creation of virtual currencies that are entirely decentralized in their general scope of utilization and governance.

In that context, there are several solutions available currently that can make the vision a reality. Some of the blockchain ecosystems seem to come replete with decentralized digital identity solutions.

These solutions can enable central banks and all other authorized institutions to effectively eliminate the identities of the individuals and entities thought to be committing crimes while concurrently protecting the privacy of the other CBDC users.

The platform does not require users to upload information and data directly onto a major server. Instead, users just upload encrypted information that is just transmitted via a secure end-to-end encrypted network that is private and cannot be intercepted.

Furthermore, since such infrastructure enables CBDCs to operate in a transparent and decentralized manner, they can support the development of complex logic contracts and financial tools including bonds and derivatives.

Decentralization Is Great For CBDCs

The most popular architectural design used for the retail CBDCs comes as a permissioned distributed system. This system does not have to run on a blockchain. As a result, the system possesses one point of failure. Since CBDCs are critical and can play important roles in a country’s economic growth, such risks must be mitigated and eliminated at all costs.

With that in mind, if a central bank digital currency were to be developed in a distributed manner, the aforementioned risks might get eliminated. Another point of consideration is that centralized blockchains are quite slow. Therefore, decentralized solutions like the distributed ledger technology would make CBDC transactions faster and streamlined.

To guarantee that the crypto space keeps growing, transaction speeds must be extremely efficient. Otherwise, a payment system that relies heavily on such tokens with inefficient speeds is unlikely to succeed.

Decentralization lets individuals own their wallets and private keys. Therefore, the custody of a person’s coins is with them and not with a big centralized body. This strategy helps in avoiding recurrent data breaches seen in the past. Such incidents may prove catastrophic in case funds were stored in a centralized location. 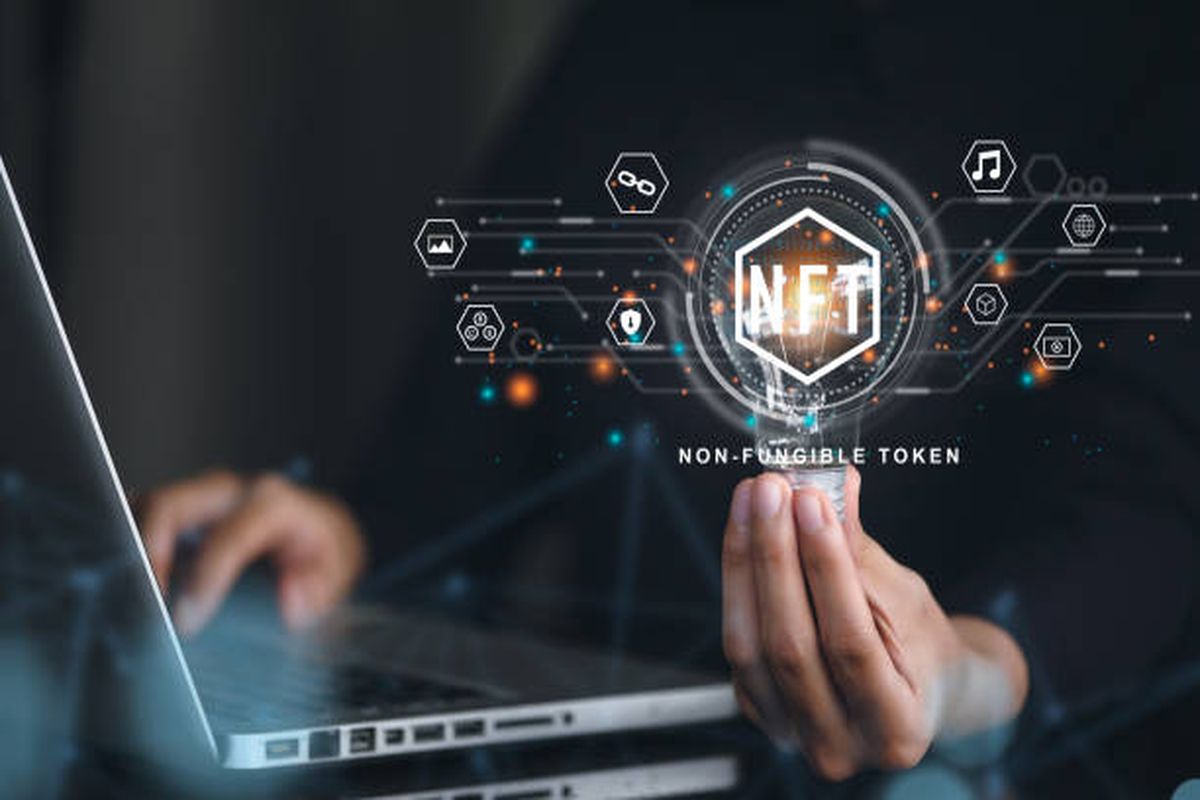 Polygon (MATIC) $ 0.824393
We use cookies to personalise content and ads, to provide social media features and to analyse our traffic. We also share information about your use of our site with our social media, advertising and analytics partners who may combine it with other information that you’ve provided to them or that they’ve collected from your use of their services.
Accept
Read more
Change Settings
Cookie Box Settings
Cookie Box Settings