When you started showing interest in our industry, we were interested in knowing what you had to say.

You came in, gave several cryptocurrency tokens and their underlying technologies more exposure to the mainstream, and created several new paradigms of our industry.

For this, we are grateful.

So your willingness to consider our space inspired many people.

You even became a fixture in the cryptocurrency space earlier this year.

We welcomed your efforts in the journey towards mass cryptocurrency adoption.

Then it became a bit too much.

We became your personal plaything.

Projects that so many people the world over have sacrificed sweat, tears, and blood became a big joke to you.

These new technologies that have changed humanity for the better have now become something you think you can toy around with.

And, yes, many of us are quite peeved at the fact that you think you can do this because of your wealth.

So, here are we, belling the cat and asking you in not so many words to please shut up!

We’re going to put forth our reasons for asking you to keep a lid on your trap. 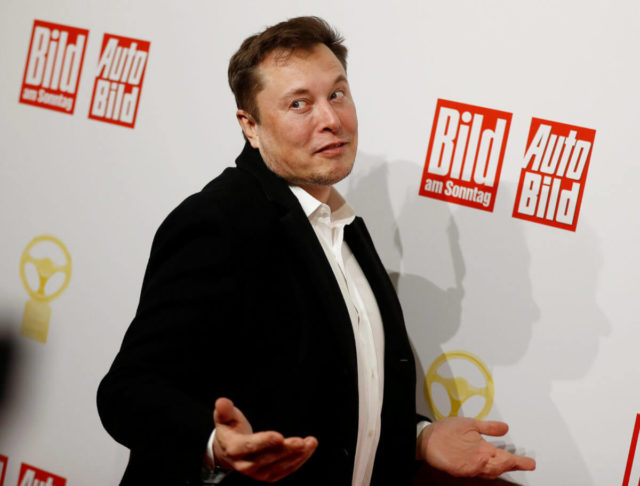 The Cryptocurrency Space has its Origins in Pure Innovation

For the past decade, the creation of what has collectively become known as the cryptocurrency space has been driven by sheer creativity by all sorts of people with one aim in mind: decentralization.

We have made history collectively by bringing these technologies to those who otherwise would have continued with legacy technologies and their various problems and limitations.

Many of these people have become believers and see the truth for what it is. They have joined us in creating a better world for everyone else.

Of course, we’d expect that as an innovator you’d understand when you see different people coming together from all walks of life being creative, you’d lend a hand and put your bit in for the benefit of humanity.

However, that doesn’t seem to be the case, as your most recent utterances and activities reflect a diametrically opposite disposition.

It leads us to our next point.

You’re not the Only Innovator in the World

We’re sorry to burst your bubble, buddy. You aren’t the only innovator in the world doing great things.

Maybe you’re scared of what you have seen in your journey into the cryptocurrency space.

We won’t blame you if you are.

You have every right to be.

Seeing a movement that you didn’t create birthing so many innovations faster than you can ever do so in the current economic and technology framework can be a frightening thing in itself.

However, that doesn’t mean you can’t join the club.

Rather than make a mockery of the millions of people that have come together to create one of the most wonderful movements ever, why don’t you put your hands to the plow and till the earth with us?

We assure you, history will never forget you.

Your Brilliance has its Limits

While playing on social media and doing your best to manipulate emotions within the cryptocurrency space, please don’t forget: everything has a tipping point.

And, if you continue going the way you’re going, you will reach yours sooner rather than later.

You have brought all kinds of innovation to the world that people never thought would even be feasible in the first place.

You made many see the light that EV tech was the way to go.

Tesla will go down in history as the world’s “Ford” of the early 21st century.

That’s not a bad thing to be remembered for.

You also brought private space travel to light in a way many thought wouldn’t be possible.

SpaceX and the exciting technologies behind it have brought the “age of Star Trek” to humanity.

You showed the world, and we daresay other sentient beings beyond this big blue ball that humans are capable of thinking beyond their existences.

However, that was the end of the brilliant lights that could have set the stage for the next phase of humanity’s evolution thought-wise.

Then you ended it with your own hands.

What did you do?

That’s what our next point is all about.

Blowing Out Other Candles Won’t Make Yours Shine Any Brighter

Please, still remember you’re weighing down the work of other brilliant individuals like yourself who have decided to make a better world for everyone else.

We have people like our very own dear Satoshi Nakamoto, and millions of others too numerous to mention who gave their ideas to the world for literally free or pennies to the Dollar via open source technology.

You decided to keep yours and become the world’s second-richest or richest person, depending on what time of the day it is.

So, please, while you want to keep your tech to yourself and for your benefit, can you leave those who have decided to use theirs to create a new world for everyone alone?

You have your thing, and it has made you wealthy.

Why can’t you let others have theirs while they create a new global ecosystem that will stand the test of time?

Lives have been changed because a few people decided to open up their code for the rest of the world.

Maybe you have a thing or two against it.

Maybe you think: “Oh, okay, I will blow out other candles so that everyone will see that I’m it…”

One thing you may not have noticed in this new industry is things get stale pretty fast.

Your trying to clown around and irregular actions concerning the cryptocurrency space will soon become stale pretty fast.

Everyone will soon get tired of you and move on.

That is if you continue going in this rudderless direction, acting out whatever script you have secretly put down as a template for action in the cryptocurrency space.

The thing is, ideas are anything anyone wants them to be.

It’s what you do with them that counts.

You have proven this with all the wonderful stuff you have been doing until now.

Then you turn around, and you behave in the most erratic way possible.

For the world’s fastest-growing asset industry, such actions won’t stand the test of time.

It’s either of two things: we could know you as the ultimate innovator within and outside the cryptocurrency space.

Everyone could love to hear about the guy who brought us electric cars, cheaper space travel, free internet, and yes, cryptocurrencies!

Or imagine little kids (5-7-year-olds) in a classroom on Mars in the year 2100, hearing about the guy who brought electric cars, space travel, and MESSED UP when it came to cryptocurrencies and their underlying technologies.

The Choice is Yours

Elon Musk, history beckons to you.

The cryptocurrency industry started without you, can do without you but would still absolutely love to have you.

However, if you continue trying to twist things in different directions to suit your ends, you will lose out big time.

However, while you’re still trying to decide, please shut up!

Let’s have some quiet for a change.

We have too many things to do, and too many ideas to bring forth.

You’re just a blip on the screen at the moment.

The members of the global cryptocurrency space.