Filecoin is an attractive investment in 2021 and beyond due to its multiple benefits. The project was developed by Protocol Labs under the stewardship of its CEO Juan Benet. Protocol Labs was launched in 2014. Since then, it has created p2p, IPFS, Filecoin, and many more. This company has 12 core developers and it primarily focuses on open-source technology to enhance internet operations.

The filecoin protocol is defined as an inventive layer powered by the peer-to-peer file system IPFS, designed with a native token and distributed ledger. Users spend FIL for sharing and retrieving data, and inversely, while the miners earn filecoins through storing and serving data.

Interestingly, the possibility that the network chooses a miner to develop a new block proportional to the total storage that they currently use in comparison to the rest of the network. This strategy is used to incentivize miners to invest in storage rather than going for computational power. 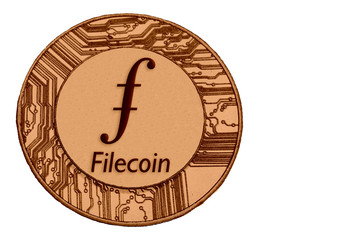 Every miner needs to deliver a proof-of-spacetime (PoST) to the network when they are mining a block. PoST enables members of the network to determine whether a storage provider is fulfilling their responsibilities of storing all of the outsourced data for an agreed-on amount of time.

The filecoin network planned to unveil its mainnet between July 20 and Aug. 21, 2020. But, that did not happen until mid-October 2020. This network was pivoted to mainnet at block 148,888 and the FIL tokens started their distribution.

Everybody in the cryptocurrency space thinks that the decentralized finance (DeFi) boom will take the industry mainstream by attracting many huge investors. Filecoin is one of the projects in the DeFi world and it is turning into a viable investment opportunity that many now want to join.

Filecoin was in the works for about three years and its native token surged by more than 30 times within three months. The filing and storage network is powered by a blockchain that integrates the use of a decentralized network to ensure that cloud storage changes into a pseudocode market.

Unlike many other centralized systems, the network delivers a seamless transaction experience without having to use the services of a third-party system. Most centralized systems are not as encrypted and secured as decentralized exchanges. Hence, they end up losing millions every year. 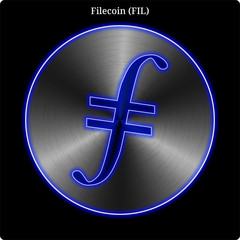 The demand for more storage space keeps increasing significantly with 2021’s data surpassing the combination of thousands of years’ data. This service operates in a manner that requires the users to pay a pre-determined amount to ensure that their files remain active. Users also generate some revenue through mining the token and lending others their hard-drive space to keep files and documents.

All these transactions are not operated by the Organization. It just provides a platform for many users to meet, lend, and borrow space for their files. The COVID-19 health crisis slowed down the progress of the project that was launched on August 7, 2020. But, several interested people had tested the service before its launch.

Vision Of The Project

The original vision of Filecoin was to develop a decentralized storage network that can store “humanity’s most important information”. During its launch, the founder Juan Benet designed it as IPFS or Interplanetary File System.

Unlike the many other storage providers like Cloudflare and AWS, Filecoin aimed to make storage services decentralized. Hence, the information stored on the network is privacy protected because it is not controlled from a centralized server. 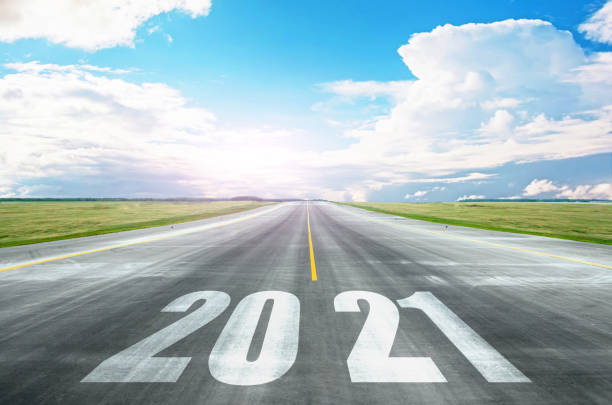 File owners are the only custodians of their data. Nobody can change or censor the data that has been stored except the owner. Simultaneously, this data can be retrieved as and when needed.

The network was launched in 2017 to cater to the needs of people that were actively seeking a storage solution. The sale of these tokens was done in October 2021 and it generated the highest initial coin offering (ICO) on record so far. The ICO raised over $250 million with the first $150 million acquired within an hour.

Before that launch, several pre-launch sales raised around $2 million from around 150 different investors in the project. The tokens were sold at a discount of three-quarter of the dollar. Nonetheless, it caused massive criticism from the public mainly since only the investors that had made more than $200,000 per year were allowed to participate.

70% of all the tokens available for disbursement at that launch compensated the platform’s space providers. Half of the remaining tokens were allocated to the founder and developers. The other half was divided between the investors and the project’s foundation using a ratio of 2:1.

Reports and analysis reveal that the filecoin supply is capped at 2 billion coins. Interestingly, new filecoins are scheduled for release through block rewards meted out in 16 years. These filecoins will then get allocated across the four groups that participate in the network.

IPFS and the Filecoin network work jointly to cater to the filing aspect of the establishment. Interestingly, the two systems have many differences and similarities. The major difference is that the IPFS does not charge users any fee to use the platform. Also, it does not generate any revenue for the users. 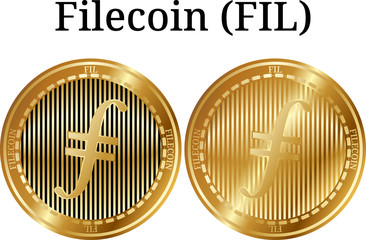 On the other hand, the network charges a fee and may also be used to earn money on the platform in the form of the home token digital currency. The other popular platforms that exist also use the same strategy to operate their business. Their network capacities are designed in petabytes.

Nevertheless, Filecoin has the expectation and resources available to exceed Sia and Storj. These networks have 2 and 100 petabytes of available network space respectively.

Users are allowed to contact miners, negotiate viable deals, and store their information properly with transparent transactions when utilizing the service. Miners that supply storage space is paid when any person borrows storage space from them. They are also rewarded by the service for supplying extra space on the internet.

The process features two users with one contacting the other ready to pay some amount for the other user to store information for them. Prices paid are determined through an open selection where all space providers compete to offer the cheapest rates for storing a particular volume of data.

Two types of deals take place on the platform including Storage and Retrieval. In the storage phase, the provider needs to keeps submitting installments evidence in previous discussion dates showing that the information is kept secure and intact. Payment is made on the due date when the order wants to retrieve the information.

Modes of negotiation are almost similar in the Retrieval stage with the only difference being that the payments would be made in agreed milestones instead of at the end of the involved contract. It benefits both participants because miners earn some revenue from the user and also get rewards from the online service.

On the flip side, the users benefit because the amount that they pay is considerably less than what the centralized platforms including Apple Cloud and Amazon Web Service (AWS) charge for storage spaces.

Space providers on this network must submit regular periodic proofs to the service provider showing that they are storing the data given to them as required. This strategy guarantees transparency, in turn, eliminating any possibility of fraud. 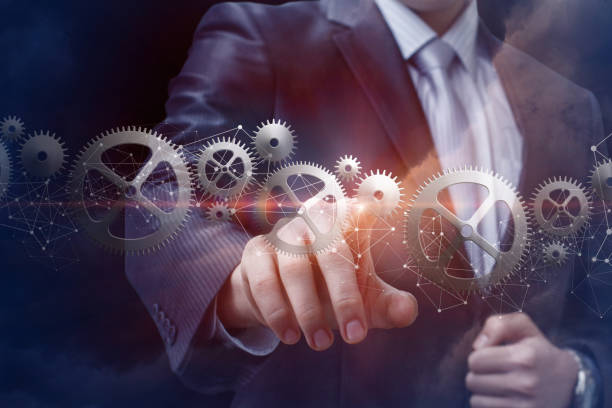 Once the miners offer satisfactory proof of their activities, they are allowed to sublet more space and get their payment in the process. Their proofs need to have:

Failing to give credible proof whenever necessary attracts various penalties. The penalties range from the cut in payments to the dissolution of the contract. The execution of messages and transactions on the platform requires a pull on its resources. This explains why the fees are charged upon each execution. It explains why fees are charged upon each transaction and message.

Fees that are incurred by the lender and borrower of storage space in the case of messages are fixed and minimal. In the matter of the contracts, it is not the same case. Depending on the contract duration and data size, the fees are incurred by both parties to the network. The user pays more because some of the money is directed to the miner’s reward.

The miner pays lesser fees for every payment that they get under the contract. The reward that is given to the space providers comes in the form of the FIL digital currency.

Buying FIL tokens is easy because the tokens are available on many decentralized exchange platforms. They can be stored on different crypto wallets that support the token. Conversations between miners and platform users happen through peer-to-peer communication via protected channels.

Transfers between customers happen through Retrieval and Storage nodes.

Advantages Of Filecoin For Users And Storage Providers

The users get a lot of bargaining power when they choose to store their files on the network. They can choose their miner depending on cost, redundancy, and speed. Thus, pricing becomes hypercompetitive. Users can also determine whether their files are stored in the right manner as time goes by.

Filecoin can bargain with any miner on the network without having to create a separate API for every miner as it happens in the centralized storage services.

Storage space providers on the Filechain network could be organizations or individuals. These providers run the miners and earn FIL tokens in exchange. A miner is an interconnected computer that has spare disk space or even a dedicated system that has volumes of storage space available. The spaces are built exclusively for Filecoin. 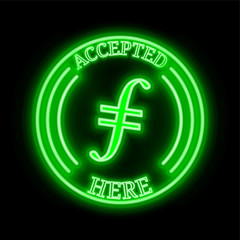 The miners are rewarded by the network for contributing useful storage space. In the case of the storage providers, they gain access to the whole market of Filecoin users. They do not have to advertise their offerings or design their separate APIs. The network does all these functions on behalf of the providers.

These features and characteristics show that Filecoin will play a major role in the growth and development of the blockchain and internet spaces in the long-term. Thus, it can be said to be a worthwhile investment in 2021.

How DeFi is Changing Finance in 2021

Sheesha Finance Talks to Us about Decentralized Finance (DeFi)