In context: AMD continues to grow its enterprise customer base with Epyc processors. AMD reported recently that Google was expanding Epyc CPU adoption via Google Cloud, marking an important win for the company in the server market showdown with Intel. Now, content delivery network (CDN) service provider Cloudflare is among AMD’s latest customers. If AMD wants to reach double-digit x86 server market share this year, it will need to continue winning back longtime Intel customers like Cloudflare.

Cloudflare has been overhauling its servers lately and an upgrade from Intel’s Skylake-SP and Cascade Lake-SP Xeons were in order; or, as Cloudflare puts it, “Intel not inside.” In migrating from the company’s previous G9 servers, Cloudflare states it was particularly impressed with AMD’s latest Epyc silicon when selecting a chip for its 10th generation of servers (Gen X).

“We were particularly impressed by the 2nd Gen AMD EPYC processors because they proved to be far more efficient for our customers’ workloads. Since the pendulum of technology leadership swings back and forth between providers, we wouldn’t be surprised if that changes over time. However, we were happy to adapt quickly to the components that made the most sense for us,” says Cloudflare.

Indeed, the tables have turned. AMD has not only turned the tide for the desktop market, but the server market as well. If AMD’s latest x86 market share numbers are anything to go by, the company continues to claw away server customers from Intel, but it still has a long way to go. 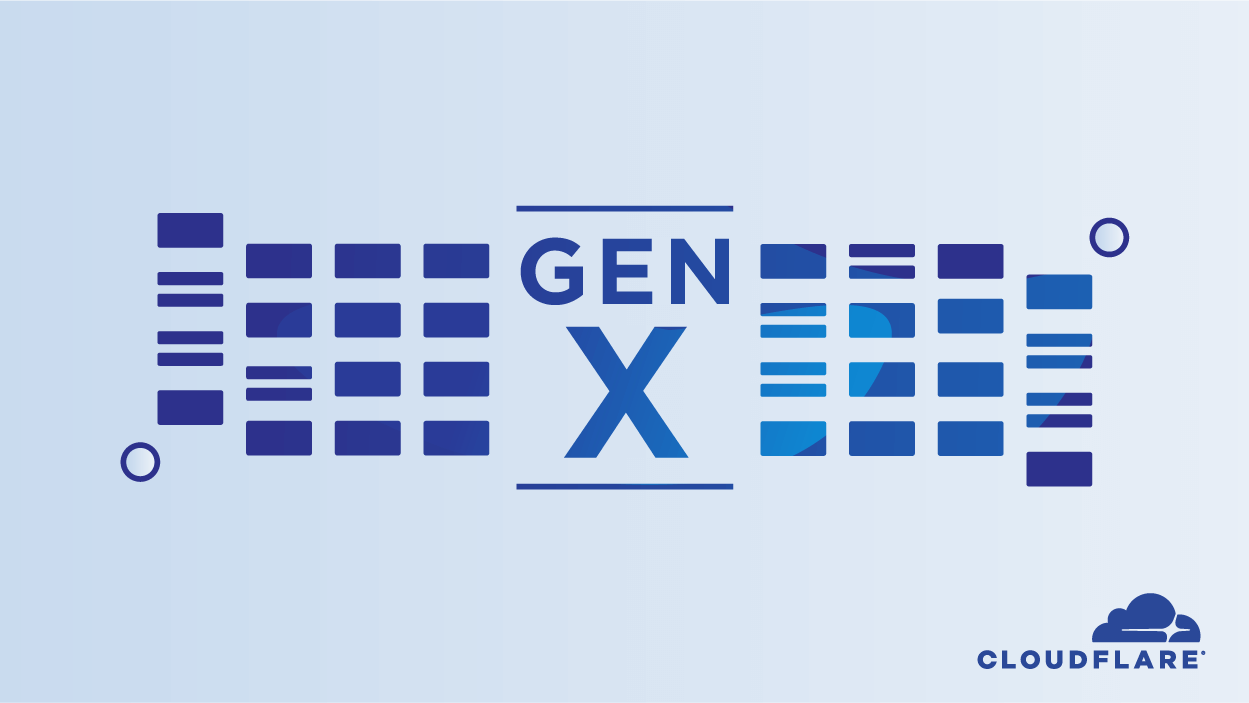 Cloudflare is deploying new servers using the Epyc 7642, carved from AMD’s latest 2nd-gen Rome silicon. The Epyc 7642 is a 48 core/96 thread chip with a base clock of 2.3 GHz and a boost clock of 3.3 GHz. Cloudflare notes that while the 225W TDP may seem a bit steep, it’s lower than the combined TDP of its G9 servers.

Cloudflare’s previous G9 servers used dual-socket Xeons, spread across four compute nodes. For Gen X, Cloudflare will be using the Epyc 7642 in a single-socket configuration, and notes that the chip still outperforms the pair of Xeons. Additionally, Cloudflare says that while AMD currently offers the 64C/128T Epyc 7742, the performance gains across its software stack and compute workloads weren’t quite compelling enough.

So far, Cloudflare says its deployed the Epyc 7642 in “half a dozen” data centers. However, based on the performance it has seen with Gen X, they will now speed up the upgrade process of several Intel-based servers. Cloudflare is also promising compute benchmarks in the coming days.