NFTs appear to be revolutionizing the blockchain and crypto worlds. The digital property rights granted mainly by blockchain networks might eventually enable the Metaverse to fulfill its full potential while being community-owned and community governed. As the world moves closer to the Metaverse, news emerges of more involvement by big sector players like Roblox and Epic Games. 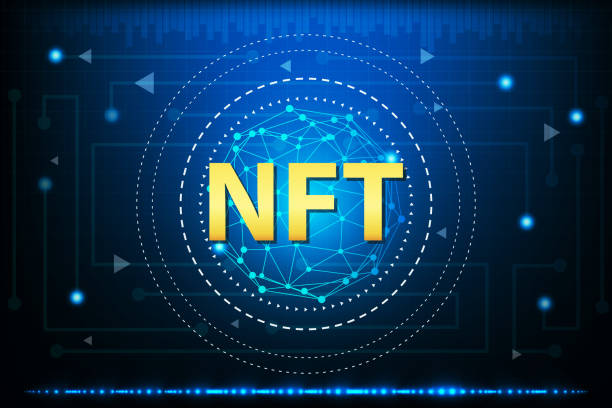 By description, Metaverse is a shared consistent virtual environment comprising of many intertwined digital experiences. The current challenge is that nothing matters until netizens own different digital assets. All that appears to be starting with the gaming world.

Video games seem to participants feel like they can do anything that they think about. Virtual worlds are limitless providing potential that enables users to transcend the realities of their daily lives as they become heroes. Players also get a sense of control of their destiny and can change it when they like.

Contents hide
1 Gamers And Games
2 Games Versus The Real World, Is There Any Conflict?
3 Digital Property Rights Within Virtual Games
4 NFTs Are Revolutional

Video games are believed to be good simulations of life. Players earn a variety of rewards to accrue some worth and then move up the ranks where they achieve some status. The goals and targets are what gamers place lots of value on. Accenture studies show that gamers spend an average of 30 hours playing games every week

The gamers interact in different game forums and participate in various exciting game streams. Moreover, they spend lots of money in-app purchases, including weapons and armor. In most cases, they acquire the in-app products to accelerate their progress and reach higher levels in a short time while other times they just want to look cool.

One may say that achieving success in most of these video games is misleading. It is proven that people spend lots of time in simulated environments, while simultaneously surrendering their economic potential and substance. In previous years, video games were thought to be some of the most controlled, contained, and restrained worlds imaginable: for instance, beautiful walled gardens are created for the players to play just within them. 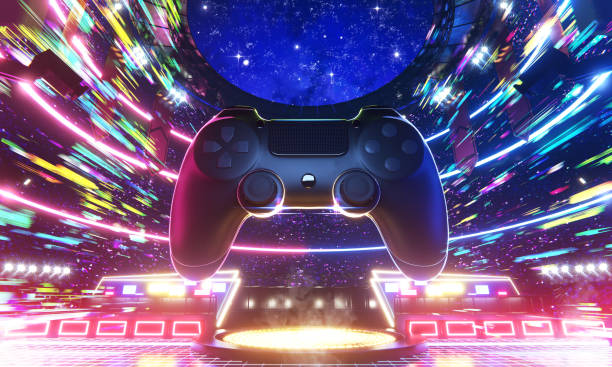 Any credible sense of freedom or ownership that players enjoy is just an illusion because publishers and developers of these games coupled with the platforms that support these games are in control of the video game and Metaverse experiences.

Valued at over $170B and growing, the global gaming industry is now priced higher than music and movies cumulatively. There is a lot of stake for the game developers and publishers that feel like they have to limit controls on the games to protect their gains.

Games Versus The Real World, Is There Any Conflict?

One perfect example is playing out in the Chinese courts currently. The biggest video game publisher globally, Tencent, is suing DD373.com for a staggering $6.2 million in damages because it allowed the Dungeon Fighter Online players to trade virtual coins and other in-game products and items on DD737.com’s website.

While in court, Tencent explained extensively and underscored its terms and conditions, stating categorically that all virtual items acquired by the players do not have any tangible real-world value and will forever remain the property of Tencent.

Even the game’s virtual coin that players acquire from the platform can be exchanged for other in-game items and represent ‘service charges’, according to Tencent. Players are prohibited from trading their in-game assets outside the platform because they never owned the assets to start with. This is not an isolated challenge since nearly all game publishers follow the same strategy.

Today, a majority of the traditional games let gamers do a limited and predefined set of economic activities. Players are compelled to utilize in-game trading systems and networks. They can transact with particular in-game currencies that include credits, coins, gems, and gold. In that context, these in-game assets have some value within their native games and platforms.

Since the games and assets are offered to the users on a licensing basis, it means that all of these products are not owned by the player, they are just rented. That rental is tenuous at best and players pour many months or years of effort onto a game and spend thousands of dollars accumulating assets. Nonetheless, everything can be wiped out immediately without any recourse. 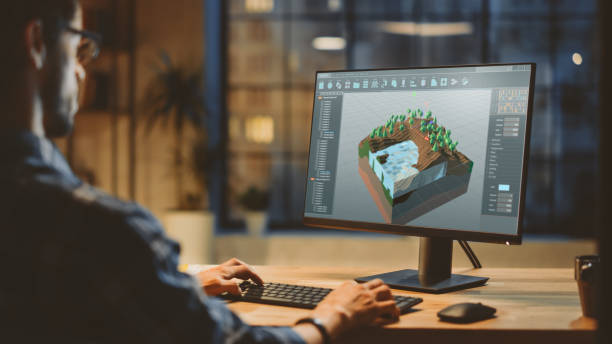 That is the norm in the gaming world. Delisted Games is a website that tracks dead games. One perfect example of a game that is almost becoming extinct is the China-exclusive version of ‘Call of Duty’ scheduled for permanent shutdown in August 2021. The game had accepted payments for the in-game purchases and services until the end of June.

In some cases, unintended consequences may leave a majority of the players high and dry, as it happened with Ubisoft switching off its servers that blocked Might & Magic X: Legacy players from bought content from the in-game gains since the start of June 2021.

Severe failures can happen, like floods and fires at an important data center, wiping out accounts, progress, and entire worlds. In March this year, players of the survival game Rust lost many days of progress when the game’s server reportedly caught fire.

Although incidents might have been worse, the loss was severe in a game that runs in real-time, whether one log in or not. In the end, altering regulations and licensing arrangements may also deprive players of their games. For example, as a result of licensing restrictions, Europe-based Star Trek Online cannot access the game if they decide to relocate to Hong Kong.

Players say that it is ridiculous to block access and participation in online games based on territories, primarily considering the borderless and all-inclusive nature of the virtual spaces and games. The gaming industry is seen to take a protective and restrictive approach.

Several circumstances highlight the absence of equitable digital property rights within virtual games. Up to today, players had not keenly reviewed the challenge of digital rights. But, due to the increasing number of blockchain games, soon there will be a revolution wherein the gamers will start demanding their property rights.

There are ways already implemented for digital property right in games including the nonfungible tokens (NFTs) to represent in-game assets. Powered by underlying blockchains, NFTs are unique and indivisible tokens that are designed to grant their owners property rights and they enable digital assets to have real value that is independent of the platform.

These platforms include virtual games, publishers, mobile application stores, and any other exclusive hosts. However, gaming might be the best starting avenue because the 2.7 billion gamers from around the world understand the concept of virtual assets.

Digital ownership rights that are made available on a blockchain platform are provided by open permissionless protocols and then guaranteed by the cumulative reckoning of community consensus. That enables the NFTs game assets to be traded between multiple holders in a manner that is unimaginable in many of the traditional games, which enhances digital property rights for the participants.

That aspect is great for gamers. However, most of the traditional publishers remain fearful that the new dynamic will revolutionize the industry and hurt their profits in the process.

A perfect example of a tokenized game is the F1 Delta Time. This blockchain game by Animoca Brands is licensed by Formula One. All of the content that exists within the game can be owned by the participants. Tires, cars, spare parts, drivers, and even tracks that the players race on are NFTs.

All the nonfungible tokens that are linked and installed in these games can be utilized mainly for in-game purposes or traded on third-party marketplaces, as elaborated by the developers and owners’ prerogative. In that case, some of the F1 Delta Time players have stated that they are currently making thousands of dollars per month from sales arising from this virtual game. It means that digital property rights within the blockchain gaming sector might be quite profitable in the future.

NFTs are well-designed also to support interoperability and extensive cross-platform functionality, meaning that the digital assets themselves may turn out to be the center of the player experience; in the end, the content becomes part of the platform.

Just as one can own a set of chess pieces that can be played on different boards, they may also own NFT add-ons that can be used in various games or can have some access to many virtual worlds. Thus, the Metaverse is nigh. But for now, the more game content is entirely tokenized using NFTs to empower the participants and deliver increased property rights, the more bullish market analysts are about what the future holds for the gaming industry.

In general, the world seems to be shifting toward a greatly equitable and decentralized global internet. All that is now underscored by the many blockchain platforms. Blockchain technology is a transparent and immutable base ecosystem for accountability. It is powered by an incentive model that is designed to reward communities that introduce, build, and maintain its value. 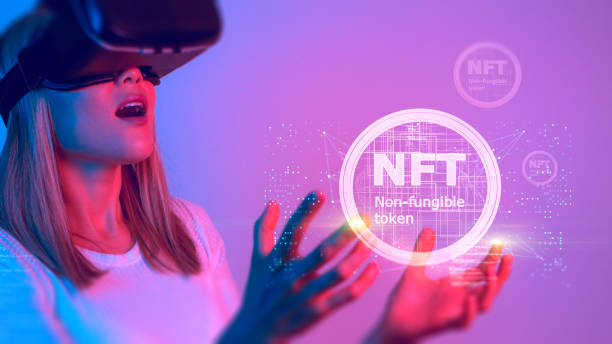 Many believe that the new digital property rights economy will rebalance the flows of power and money, while simultaneously reducing the effect of intermediaries on virtual spaces, and eventually will free people from many years of limitations and unnecessary restrictions.

Currently, history is already filled with many examples of societies that are already transitioning from autocratic to democratic systems. However, it might be the first time that such a transition is happening on a major scale and NFTs might play a huge role in making it a success.

The NFTs offer a new way of interacting with the arts, and music, sports, virtual gaming, and the media. It is always interesting to discuss NFTs since they are perfect examples of how the impact of blockchain in people’s lives spread extensively beyond the already existing financial market.

NFT patterns are designed to make interoperability feasible to enable the non-fungible tokens to move quickly and more easily among many ecosystems. With that capability, NFTs will easily enable video games to enjoy digital property rights, in turn, attracting more participants.

Swarj is Set to Launch its Metaverse Gaming Ecosystem