By description, NBA Top Shot is a set of digital trading cards that captures key game-play moments, and it is raking in millions of dollars of transactions. Some of these cards have sold for over $100,000. It does not hurt that the NBA players are acquiring their ‘moments’ and bragging about it.

Josh Hart, a New Orleans Pelicans player, who often tweets about acquiring his own and other players’ moments, got about 65,000 views on a Twitch video of him together with other NBA players opening “packs.”

But, not everyone has boarded the crypto train yet. James Harden and LeBron James recently acknowledged their ignorance about sales of the officially licensed digital collectibles featuring them. Tech investor who is also the Dallas Mavericks owner, Mark Cuban, has acquired his own NBA Top Shot.

So far, nearly 100,000 buyers have been involved in the nascent space and as a result, NBA Top Shot has now become the most visible proof that non-fungible tokens (NFTs) can develop a market beyond the wealthy nerds. NFT is the technical term for digital art that uses blockchain technology.

It is also a major turnaround for the firm behind every Top Shot. Dapper Labs came into the limelight in 2017 for creating CryptoKitties. CryptoKitties is the product of a digital cat-breeding app that operated on an Ethereum blockchain. It was a great phenomenon and a win for blockchain technology.

In November 2017, CryptoKitties became quite popular that is slowed Ethereum transactions to a crawl. It even threw a wrench into other Ethereum apps at a time when the cryptocurrency technology was still in its preliminary stages trying to prove itself.

Dapper Labs, a Vancouver-based startup, took on an unexpected path where it won a major licensing deal with the National Basketball Association (NBA). The startup decided to build its blockchain protocol to avoid a repeat of the CryptoKitties saga. This move had critics say that Dapper Labs could be taking on too much.

But, this move to develop local blockchains enabled Dapper to hold the potential to capitalize on cryptocurrency and the NFT craze the way few other companies can. After the CryptoKitties incident, Dapper spun out of the Axiom Zen studio in Vancouver. In March 2018, the company raised funding from Union Square Ventures, Andreessen Horowitz, among others and it discovered that it needed to take on a different route.

Dapper Looks Away From Ethereum Blockchain

Dapper decided that Ethereum was not designed to handle the volume of a huge consumer app. The company’s CTO, Dieter Shirley, said:

“We were frankly stunned by how few users it took to destroy Ethereum’s ability to handle more traffic.”

Shirley went on to say:

“Other startups were raising millions, promising to revolutionize the industry with blockchain technology built on Ethereum. Here we were, we built this silly cat game and after a few tens of thousands of users [we] pushed blockchain to the absolute limit,” said Shirley, a former Apple engineer. “We were getting nasty emails from people saying they were annoyed we built this thing because we were ruining the network for everyone else.”

Simultaneously, the popularity of the digital felines was decreasing. The mean value of CryptoKitties had dropped from $41 to around $5 by June 2018. This drop coincided with the ‘crypto winter’ which saw bitcoin prices lose 80% from the December 2017 peak to lows in December 2018.

“People forget how [CEO] Roham [Gharegozlou] and Dieter pulled the company forward in some pretty dark times and they were able to raise the capital when no one believed in crypto and NFTs.”

Since Dapper Labs was already planning big volume apps, it realized that it required a robust dedicated blockchain. It evaluated other blockchains to thrive on but too many issues came up. For instance, some of the blockchains had fewer nodes that enabled them to run faster. However, that defeated the purpose of operating a distributed blockchain, according to Shirley.

Others were going for the sharding approach that can make the smart contracts required to run NFTs more complex since communication would be crucial across various shards. Therefore, developing big applications that depend on sharding was too risky. Consumer adoption also faced huge obstacles: costs per transaction are too high and one cannot just pay using their credit card to acquire a digital product. Shirley mentioned:

“We realized we could take a lot of those ideas and combine them with our ideas.”

Eventually, Dapper Labs decided to develop its blockchain from scratch because it never found one that matched its needs of speed and widespread participation. Most market players did not take Dapper Labs seriously when they decided to create an in-house blockchain. Shirley stated:

“Everyone knew us as the CryptoKitties people. We’d say, ‘Hey, we’re building a whole new protocol.’ They’d say, ‘You’re the cat guys, right?’ And they’re busy people. A lot of people dismissed us.”

In one innovation, Dapper Labs split the blockchain nodes into four different roles. Some of the nodes would run on the consensus process to create a blockchain, and the others would execute computations, validate the correctness and collect the transactions. That separation into different stages of every transaction instead of different transactions that happens with sharding is what made Dapper’s new blockchain, Flow, different. He said:

“By separating into those two buckets we could get to massive scale without resorting to sharding. By the end of 2018, we had a really strong and solid idea of how this all could work. It was just a matter of spending the next two years actually building that.”

Dapper Labs created Flow mainly for consumer apps, whereas a majority of the other blockchains are designed for payments and other financial uses. Hence, Dapper had to design parts of the blockchain from the foundation. For instance, they developed their programming language known as Cadence specifically for smart-contract development. Shirley explained:

“We chose to rethink all parts of the blockchain and ended up having to build a lot more than most teams building their own blockchain.”

Some of the other token projects were acquiring billions of dollars through ICOs, but Dapper Labs decided to follow a different route according to Wertz.

David Pakman, a partner at Venrock that invested in Dapper Labs in mid-2018, said:

“We knew it was possible that it might have to be a full-stack company. They’d need to build the platform and the apps on top. That’s exactly what they’ve done. It’s not for the faint of heart. It’s a huge amount of work. If anyone could do it, I had a feeling this team was the one to do it. It was a challenging several years of development.”

In September 2019, Flow was unveiled and had a public auction set for its tokens on Coinlist in October 2020. However, Dapper Labs required an app to prove that Flow would work. Shirley said:

“We felt we couldn’t just build the technology. We had to show the world what could be built on it — with a very explicit go-to-market.”

At this point, Dapper was already in discussions with the NBA. The head of marketing and partnerships for Dapper Labs, Caty Tedman, has previously worked at the National Hockey League and the National Football League. Tedman approached the NBA about becoming the first application for Flow. With the NBA already aiming to develop blockchain experiences within its circles, they readily came to a deal.

“They agreed to take the NBA license and make it the launch title for the Flow blockchain.”

In January 2020, Dapper decided to tear down and rebuild Top Shot mid-stream. Shirley said that Top Shot was torn down to ensure that a wider range of items is made available for the users:

“By late 2019 we had a system of how to mint moments and how they’re packaged into series. The more we thought about it, we realized it wasn’t conducive to collectors. … Ownership of a moment was a bit too commodified. We needed to serve a wider range of fans.”

Dapper unveiled NBA Top Shot in July 2019 and launched its beta version in October. Since then, it has experienced massive growth, recording $361 million in sales, $337 million came from its peer-to-peer marketplace. The February 2021 sales were $232 million, up five-fold from the $44 million recorded in January. Dapper Labs was allegedly raising new capital at around $2 billion valuation in March.

As this technology continued to mature, more brands gained interest in using Flow for their NFTs, with Dr. Seuss Entertainment, UFC, Ubisoft, and Warner Music Group in development. The tokens are integrated with each item, the system utilizes proof of stake (PoS), it has nodes and there is token network controls.

“We very consciously said from the beginning we need to focus on creating value for people who don’t even know the token exists.”

Now analysts wonder, is this a collecting product or is it a new form of online game? If it is just for the collectors, there is always the danger that the fans and speculators will lose interest and the market will crumble like the case of Beanie Babies.

“For all these things without utility value, the default is to assume there’ll be a bubble and a crash. That’s almost always the case. Crypto doesn’t change that.”

Nevertheless, Dapper Labs sees NBA Top Shot as more than a tool for collecting digital highlights, according to Shirley. The platform has some game features and it plans to roll out more wholly-featured aspects like game squads that compete against one another in some form of fantasy sports format. 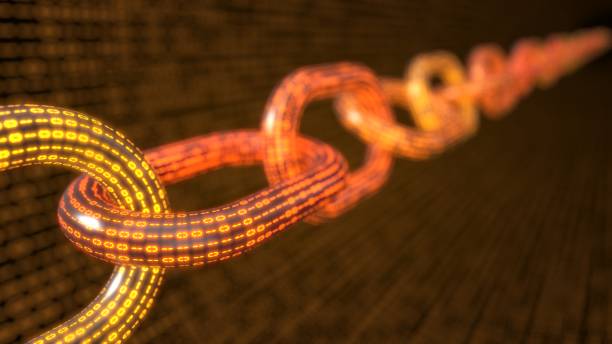 As it continues to enjoy massive growth, the firm is now striving to balance scarcity, which shows uniqueness and drives interest, with accessibility for the fans to ensure that it does not get used by gamblers and speculators only. It has previously done things like offering certain periods where any customer who pre-orders a pack is assured to get one.

“We think you can’t just create hype and financial value, you have to create real, lasting value. If no one’s buying and holding them to have them, then eventually the party ends.”

Proponents believe that Dapper Labs will grow further in the coming years as more investors come into the market.