You may think that you know Ether, but various interesting Ethereum facts make it a worthwhile investment. Ethereum is one of the largest altcoins to invest in and it even manages to shake bitcoin in its proverbial boots. It is expected to overtake bitcoin as the crypto with the biggest market cap value in the long term due to its many use cases.

Every crypto enthusiast loves Ethereum since it is expanding every day and investors love to buy up Ether in huge numbers, anticipating that it will perform excellently in the mid-term. Vitalik Buterin is the person who is credited with the creation of Ethereum. It started as a project focused on decentralized apps (dapps).

The crypto and its underlying blockchain are popular and are set to remain popular especially with the decentralized finance (DeFi) boom that is growing the network in leaps and bounds.

In the 2017 bull run, not many people knew in-depth information about cryptocurrency. During that bull run, bitcoin dominated all headlines. But things appear to be changing with altcoins, led by Ether, taking the center stage as well. Ether (ETH) presents investors with many ways of profiting from investments made in the digital currency industry.

Ethereum is technically not considered to be crypto but it is constantly assumed to be. While bitcoin was focusing on blockchain technology, Buterin took it further by creating a space where everyone can develop their blockchain-based apps. Bitcoin and its underlying technology may be a major inspiration for the crypto and blockchain worlds. However, Ethereum brought in a microe-conomy that has now spread throughout the world.

Ethereum is a type of crypto-platform that has ever been developing since 2013. In recent years, the second-biggest crypto by market capitalization has managed to hold on to its position as the largest alternative to bitcoin.

The platform supports peer-to-peer applications and smart contracts through its local currency vehicle while bitcoin is primarily designed to operate as an alternative currency. Thus, the blockchain is thought to do for programming and computing what bitcoin does for payments. It comes with a local blockchain and its functionality is majorly different from other cryptocurrencies.

By description, the Ethereum platform is open source which means that it is accessible to the public.it is entirely based on block technology and provides a virtual machine that can perform scripts via the use of an internal node network. Moreover, it gives users coins that are a type of crypto-gravity. 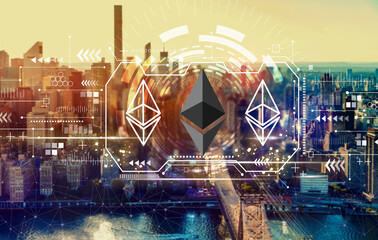 Its coins are ether (ETH) that can be used as money since it has a similar, but not accurate value. Among the interesting Ethereum facts that are known, its ability to enable developers to set up cryptoLight platforms ranks highly.

Bitcoin has enjoyed a lot of attention in the last few years. Nonetheless, investor focus is also gradually turning towards ETH and the Ethereum blockchain. The primary target of the ETH network is to develop a decentralized internet.

Up to today, it appears to have a great shot at becoming the new internet’ with the dapps and DeFi protocols running on the platform. Ethereum’s coin, Ether, resembles bitcoin in several ways. It is bought and sold at cryptocurrency exchanges and is mostly used by investors to invest in initial exchange offerings (IEO), non-fungible tokens (NFTs), and most DeFi opportunities.

Here are some of the Ethereum facts that you may not know and which make it an interesting asset.

Ethereum Launched As A Crowdfunded Project

For the individuals that seek a decentralized world that lets everyone pitch in their idea, Ethereum seems to be a dream come true. It has also become a testament to the power of the net. One of the most incredible Ethereum facts is that it was launched through crowdfunding.

Vitalik Buterin, a bitcoin enthusiast and programmer, came up with the Ethereum idea in 2013. At the time, he did not have the funds and he turned to crowdfunding. By 2015, Ethereum was created and publicly traded. Since then, the network has grown in leaps and bounds and has managed to rival bitcoin on all fronts except for the value of the tokens where BTC is still leading by far.

Individual investors are not the only ones that are placing bets on Ether. An increasing number of major companies have started to place stakes on Ethereum.

HSBC, Microsoft, Samsung SDS, Toyota Research Institute, Barclays, among many others have all created opportunities and found uses for Ethereum in their systems. As years pass by, it is becoming clear that Ether will become increasingly relevant to the large business models.

Ethereum is not just a cryptocurrency; its underlying code has now become the standard platform for a major array of decentralized programs. Everything ranging from decentralized games to the major social networking apps has been set up on the Ethereum network.

Moreover, Ether has made significant strides in development and created a whole community of developers around its nascent technology. For anyone that wants to work with Ethereum, there is always a lot of other people willing and ready to support them.

The Ethereum Alliance is a collective group that comprises major businesses and blockchain startups. It has dedicated itself to developing and promoting Ethereum, and it supports all developers who pitch their ideas on the network.

Just like it is the case with many other cryptos, cybersecurity is a major issue. Previously, there have been many worries about the currency’s security. In short, it is somehow easy to hack in its pure form. The Ethereum Alliance is considering using hybridized architectures to enhance the security of Ethereum while simultaneously promoting its growth.

Ethereum is designed with a code language known as Solidity used to make the smart contracts that it uses. Over the years, it has managed to spark massive advances in the blockchain transaction fields as is evident with the inception of the DeFi sector. This is one of the Ethereum facts that make ETH a multi-purpose asset and network.

Ethereum Was Not The Number Two Crypto Initially

People who are not experienced in investing in blockchain and the crypto space may think that Ethereum was always the second-biggest digital currency on the net. That is not the case, and that leads to another one of the cool Ethereum facts.

Before Ethereum was invented, Litecoin and other bitcoin mining alternatives found their way to the second spot behind bitcoin. Since the inception of Ethereum, it has gained more than 3,000% in value and it continues to impress many investors.

Ether Has No Real Cap

Bitcoin has a fixed amount of coins available. After all, the 21 million bitcoins are mined, there will be no more bitcoins. In the case of Ethereum, there is no set cap for the number of coins that will circulate in the market.

The only limitation for Ethereum mining is that only 18 million Ether can be mined per year. That makes it one of the desirable bitcoin mining alternatives available in the market for people that aim to continue making a steady income.

Ethereum Hosted Most Of The ICOs And IEOs

For anybody that wanted to invest in a new token, there are chances that they end up investing in a token sale that happens on the Ethereum platform. For many investors, it has played an integral role in ICO, NFT, and IEO sales.

More than 75% of all ICOs were hosted on the Ethereum blockchain. Currently, most of the sales that happen through IEOs are transacted in Ether. Thus, investors should always thank Ethereum the next time they want to invest in an IEO or NFT. 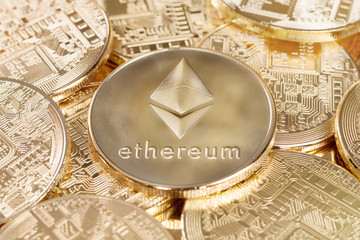 For all the discussions about decentralization, one of the Ethereum facts that seems shocking is its currency structure. Although it is 100% decentralized, Ethereum still retains a core group of employees and developers that manage and promote the platform.

Most people still believe that it is the core group that made Ethereum the success story that it has currently become.

For the miners, this is the best fact about ethereum that excites them. Currently, Ethereum is mineable crypto that has a quicker mining rate than bitcoin. However, all that is changing. Developers have strongly considered switching to an algorithm known as Casper.

Casper is expected to eliminate ‘Proof of Work’ for the most part which may make mining possibly less profitable. Nonetheless, plans for this are still underway. Currently, the Ethereum fees are quite high which has made many analysts say that it might push users away from the network eventually.

Which Ethereum Facts Are Making It Thrive?

The Enterprise Ethereum Alliance came in among early drivers and adopters that pushed Ether price higher. Several well-known and influential global brands joined the alliance increasing the adoption rate for the cryptocurrency.

This adoption attracted a lot of institutional support that enhanced the level of legitimacy for the crypto and blockchain.

Media exposure in recent years on various platforms has pushed ETH into the mainstream arena. The different projects which the Ethereum blockchain powers are now proving to be worthy solutions to some of the current real-life issues.

These are some of the factors that support the value of ether with some analysts and experts believing that in the future it may dethrone bitcoin at the top spot.

Major global support and growing adoption from various countries like Japan, Korea, the US, and several European countries are also making ETH a profitable investment for the future.

The continuing development together with the many ongoing projects that are using the Ethereum network and blockchain also add value to this project. With all the advancements in the Ethereum space, and real-life cases, Ethereum is expected to appreciate in the long term. Hence, can make investors rich provided that they invest strategically. 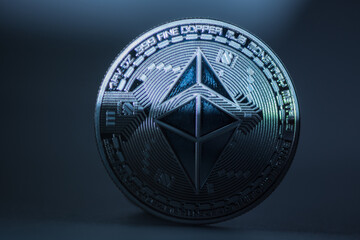 Ethereum operates differently from bitcoin as a decentralized software meaning that smart contracts exist due to this functionality. The platform is famous for fundraising. Since the money remains in their fund until the fundraising process is completed, Ethereum guarantees that no investor loses their funds whenever they put their money in a project. Thus, if a project fails, the funds are returned to the investor.

In general, it is important to conclude all Ethereum facts with the point that it was developed for multiple uses and all of them are decentralized. This feature probably is the main reason why people choose to invest in Ethereum.

DeFi Insurance Protocol Solace, Backed by Polygon, NEAR and Aave in Now Live