The company behind the development of the Cardano project is known as Input-Output Hong Kong (IOHK). Various Cardano features have enabled ADA to become an attractive investment option for crypto investors. This project was started in 2015. IOHK was managed by the co-founder of Ethereum and BitShares, Charles Hoskinson.

Cardano aims to develop a blockchain that can perform better than the older versions like Ethereum. Hence, it targets to process more, cheaper, and faster transactions. Hoskinson thinks that Cardano is a third-generation blockchain with Bitcoin and Ethereum being first and second respectively. So, instead of copying the code of older blockchains, IOHK has come up with an entirely new blockchain.

People sometimes confuse ADA and Cardano thinking that they are the same. In reality, there is a slight difference. Cardano is the name given to the blockchain that enables users to send and receive funds. ADA is the name of the crypto. 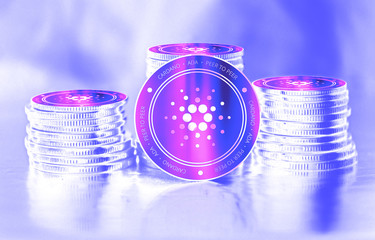 Smart contracts enable two or more parties to enter an agreement without needing a witness. It means that once all the pre-defined conditions are met, everything else is automated. One of the other Cardano features that attract users is that it is decentralized just like most of the other blockchains.

Smart contracts and transactions are validated by the community who does it by contributing their computing power. But, Cardano does things differently from Ethereum and Bitcoin. To help in raising funds for Cardano’s development, the team collected $63 million in its ICO. Since that time, the ADA coin has surpassed $35 billion in market capitalization. As of March 11, 2021, its market cap is hovering above $33 billion according to CoinMarketCap data.

It is important to understand how Cardano blockchain functions. It can be split into a settlement layer and a computation layer. The settlement layer is fully functional currently. It is designed to enable users to send and receive the ADA coins from wallet to wallet. It works similarly to how the clients can transfer Ethereum (ETH) to one another.

On its part, the computational layer is still under development and once it goes live, it will enable the users to create and enter into the smart contracts. This splitting is one of the Cardano features that set it apart from other blockchains that work on a single layer. 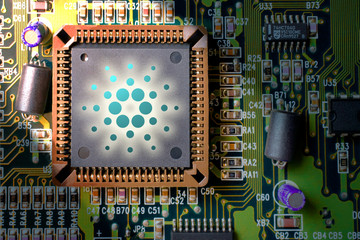 The two separate layers introduce some possible benefits to Cardano users. First, the computational layer is more adaptable than other blockchains because small changes can be made for different end-users. For instance, since different countries have their distinct regulations, Cardano can alter how data is transmitted, stored, and accessed subject to the laws of every country.

How ADA Transactions Are Authenticated

There is no single authority or entity that controls the Cardano network. The network is controlled and operated by miners. But, Cardano uses a different model called “Ouroboros”. On its part, Bitcoin uses a consensus model known as ‘proof-of-work. To help validate a transaction, the miners use their computing power to solve a challenging puzzle.

It works just like a mathematical equation that is quite difficult where no human can solve. Whichever miner manages to solve the puzzle first, gets the reward that is paid in bitcoin. The challenge that comes with Proof-of-Work is that the puzzle becomes more and more difficult, miners require a lot of electricity.

In December 2017, reports emerged that the bitcoin miners were using more electricity than the whole of Ireland which is not economical. The Cardano network uses Proof-of-Stake (PoS) to confirm transactions. The users that want to help validate transactions are known as validators. These validators need to freeze some of their ADA coins which are referred to as the ‘Stake.’ 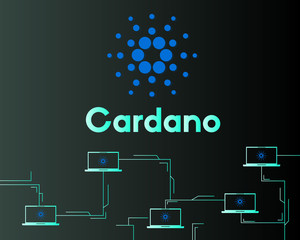 After a validator helps to validate a transaction, they get some more ADA coins as rewards. The bigger the stake, the more the probability that the validator will get a reward. Interestingly, the total amount of coins the validators get is determined by the amount of stake that they have.

This strategy of operation is one of the Cardano features that make it more efficient and environmentally friendly than PoW since it needs less electricity meaning that the transaction fees are lower too. Even though there are other PoS blockchains available, the Cardano developers say that none of these other networks offer a random way of choosing a validator.

The team developed the Ouroboros protocol on top of the PoS model, as it guarantees everybody gets a fair opportunity of earning rewards. The protocol is mostly known as “The Honest Majority”. It means that if people have a major stake in the blockchain with lots of ADA coins involved, they need to ensure that the entire network remains stable, secure, and honest.

Importance Of Cardano To The Sector

Many Cardano features make it an ambitious blockchain project. Hoskinson designed it to “provide a more balanced and sustainable ecosystem” for cryptocurrencies. The blockchain incorporates innovations and breakthroughs of the industry to create accessible financial services for all. Developers said that this project was set up to integrate the transactional ease of Bitcoin with Ethereum’s smart contract system.

The blockchain was meant to offer significant support for decentralized applications, dApps. The protocol comprises a layered blockchain software stack that is flexible, scalable, and it is created using the most comprehensive and thorough academic and commercial software standards in the industry.

Cardano features a meticulous peer-review system that reaches out to scientists and programmers that help in boosting its open-source blockchain network. ADA is the only coin that uses a “scientific philosophy and research-driven approach”. Moreover, it is the first third-generation cryptocurrency that was created to solve issues related to sustainability, scalability, and interoperability in the crypto network.

Many blockchains exist in the market and it is important to learn what makes each of them different from the others. One of the most crucial things to consider when determining how well a blockchain works is its scalability.

Bitcoin processes 7 per second while Ethereum averages 15. That is where Cardano beats all of them. When bitcoin blockchain transactions are verified, they remain on the public ledger forever. That means the blockchain ledger keeps getting bigger as more transactions get validated.

The problem associated with this method is that every miner on the network needs to keep a copy of every transaction which results in scalability issues. 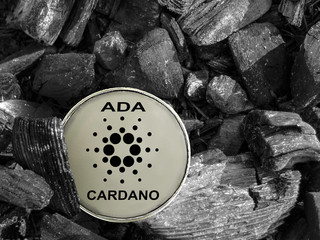 Hence, when the validators help confirm the movement of money/funds, they only need to maintain the data that seems relevant to the transaction, not the whole blockchain. The team is also incorporating a ‘sharding’ protocol. The way it works is that as more people use the Cardano network, the number of transactions per second also increases.

Cardano has its official wallet for storing ADA coins. It is known as Daedalus. But, there have been many reports from the crypto community stating that the wallet has many issues. It sometimes fails to connect to the network, sync blocks and transactions do not reach the receiver. 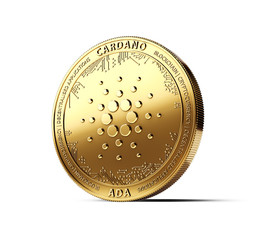 The second key function of ADA coin is to enable people to develop smart contracts and dApps. That may include governments, corporations, and even individuals. Nevertheless, if Cardano is to get its smart contract protocol to go global, it must solve all scalability issues that it is facing currently. Such Cardano features can enable it to enjoy mass adoption.

If Cardano manages to meet all these objectives, their technology would go mainstream and would be ideal for daily applications. With such scalability levels, it would become nearly impossible to hack the system and the application would never experience any downtime. Also, confidential data transferred through the network would remain confidential.

The Shelley mainnet is described as a decentralized network of nodes powered by a proof-of-stake (PoS) consensus protocol. The protocol guarantees that minimal central governance comes from the developers. Generally, the developments happening in the network indicate that the Cardano blockchain is shifting from a centralized network to a distributed network system.

ADA’s price has benefited majorly from the Shelley Mainnet launch. Deployment of the Shelley code was confirmed to have been released successfully on the Mainnet on June 30, 2020.

The Shelley hard fork which was the remaining move towards full decentralization on the Cardano network took place on July 29, 2020, marking another significant milestone for IOHK.

In 2020, IOHK announced that it is launching a new technology ecosystem fund known as cFund. This initiative will launch with the help of Wave Financial Group. Investments can be made globally with a normal size of $250,000-$500,000.

This fund was designed to reach $20 million in partnership with the crypto asset management fund Wave. It will avail money for firms and projects in the Cardano network. IOHK committed to half of the fund while Wave is raising the other half.

All these developments and commitments show that Cardano features are enabling it to gain some adoption across the crypto investment world, which is pushing the prices of ADA higher.