Rumor mill: Apple might be preparing to unveil its AR glasses soon. It reportedly already has a name, a price point, and a possible release window lined up. It comes from a reliable leaker, but is still only a rumor at this point since not even the video being reported on has been seen. The only thing we know for sure is that Apple, Microsoft, and Google are all interested in being the first to market a lightweight set of AR glasses.

Apple’s rumored AR glasses have been held under pretty tight wraps, but a new leak reveals the most information we have seen yet. According to Front Page Tech’s Jon Prosser, they will be called Apple Glass and will retail for about $500. If you need prescription lenses, they will cost a bit more.

The release date for Apple’s AR specs has been all over the place. When rumors of the tech surfaced in 2016, anonymous sources claimed the glasses would be unveiled in 2018. That never happened. What we got instead was Tim Cook saying VR will be as big as smartphones.

Early last year, reliable Apple analyst Ming-Chi Kuo predicted the glasses would go into mass production in Q4 2019 and be available this year. Then in November, a leaked internal presentation had an AR headset slated for 2022 with a set of AR glasses to follow in 2023.

Prosser was unclear about a release but speculated that they could be announced in conjunction with the iPhone 12 this year. Prosser’s source said was that Cupertino wants the Apple Glass unveiling to be a “One More Thing” event, meaning it wants the press to be present. For this reason, the reveal could be pushed into Q1 2021 due to coronavirus distancing guidelines.

Even still, this is way earlier than last year’s report of a 2023 release date. However, keep in mind that this is just an unveiling date. The release of the product is not expected to come earlier than Q4 2021 or Q1 2022, which puts it closer to the latest reporting.

As should be expected for a $500 price tag, data processing for Apple Glass will be reliant on an iPhone. Onboard processors increase not only the cost per unit but also the bulk. Apple is shooting for a set of glasses, not a headset with this gadget, so separate processing makes sense, especially for a first-generation product. 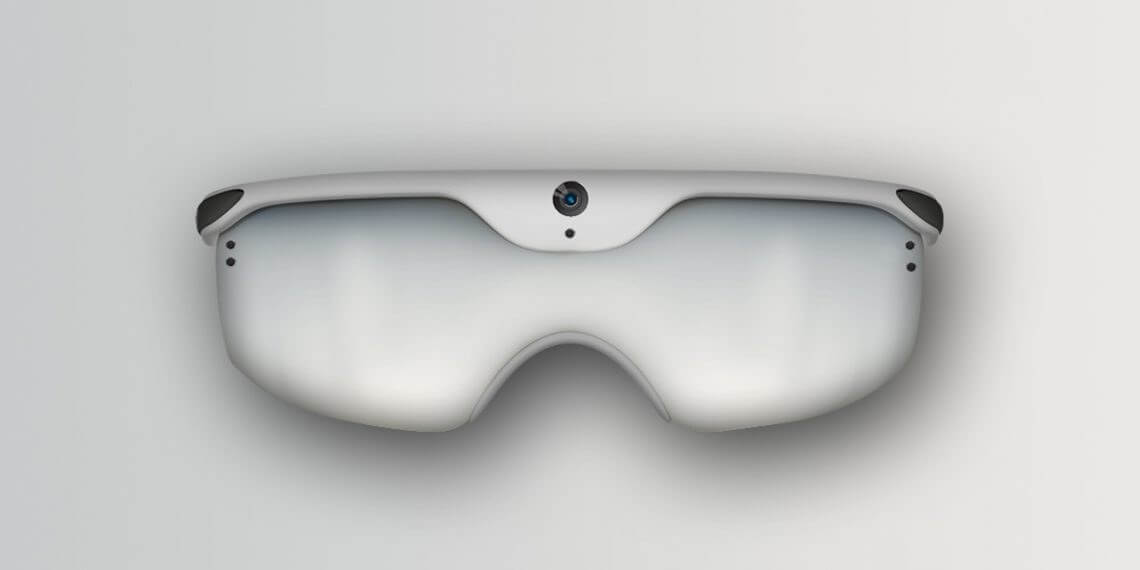 Prosser claims to have seen a video of a prototype Apple Glass. He could not share the video for legal reasons but said it looks like a regular pair of glasses. Some rumors have had renders of them looking something like a visor (above), but the test pair looks nothing like those. However, be reminded, the final design is highly subject to change.

Other features include a LiDAR sensor on the right side, wireless charging, a UI called Starboard, and gesture controls. The prototype had no camera, possibly due to privacy concerns. Prosser was also told that there would be no tinted option because they cannot get the display to function correctly on darker lenses.

Keep in mind, none of this information was shared by Apple directly, so you know the drill about salt. If what Prosser says is accurate, we should not have long to wait for some official validation. However, as these things go, anything can change.