Buying bitcoin is becoming easy as more investors join the market. Many believe that the market is maturing since it is attracting a growing number of institutional and high-net-worth investors. In that context, trading of bitcoin, ethereum, and many other cryptos increased steeply at the start of 2020 and reached new highs in February of the same year.

These trading volumes have been on the rise ever since with more investors buying bitcoin into 2021 to sustain the BTC price around $50,000. There is a herd of new and big investors that are continuously scooping up bitcoin as the prices keep on surging.

Some analysts have even projected that the massive demand from institutions like Grayscale, Tesla, MicroStrategy, Square, and PayPal will push bitcoin towards $100K by the end of 2021. The investors that acquired over 1,000 bitcoins, worth around $50 million currently, are responsible for the bull run. These investors have accounts that are less than a year old and have been driving demand since September 2020, according to Chainalysis data. 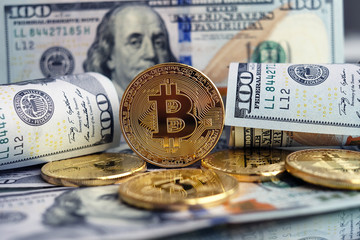 Even as the older whales in the market have been offloading and taking profits, the new investors have been buying bitcoin with every dip. This group of investors bought over 500,000 bitcoins in Q4 2020, or $11.5 billion worth of BTC at the time. Since then, the value of that investment has grown to over $24 billion based on the current market prices.

The new demand has enabled bitcoin and the general crypto market to rally to all-time highs, as explained by Philip Gradwell, the chief economist at Chainalysis.Gradwell said in a note to clients:

“The role of institutional investors is becoming ever clearer in the data. Demand is being driven by North American investors on fiat exchanges, with greater demand from institutional buyers.”

Wealthy Wall Street investors have changed their minds about bitcoin with some of them announcing publicly that they plan to invest in the BTC market for the long term. The 2017 rally was spearheaded by retail investors out of speculation.

This time around, it seems like institutions are in control of the bull market. Thu, most analysts and proponents think that BTC will not crash by 80% as it did after the 2017 bull cycle.

Who Is Buying Bitcoin?

A study by Cornerstone Advisors revealed that around 15% of American adults now own some crypto or digital assets. A little more than half of these investors said that they acquired crypto for the first time during the first half of 2020.

That number is set to go up as more people turn to crypto and other haven assets to shield their portfolios from the imminent inflation due to COVID-19 stimulus packages.

Averagely, the new investors acquired around $67.5 billion in cryptocurrencies in 2020 which translates to about $4,000 per account. At around 15% penetration, the United States cracks the top 10 list of countries that have the highest adoption rate of cryptos.

Grayscale Bitcoin Trust (GBTC) has been purchasing more bitcoins (BTC) every time they get an opportunity to do so. These huge purchases have had some investors and analysts suggest that Grayscale is buying all these coins targeting to corner and monopolize the entire bitcoin market. But is that the reason for these acquisitions?

Reports that emerged at the end of 2020 indicated that the institution together with PayPal acquired more BTC than the miners supplied. For several years, the cryptocurrency space was waiting for institutional funds to come into the budding sector. Up until 2020, a majority of the huge investors stayed away waiting for the market to ‘mature and settle.’ But, all that appears to be changing rapidly.

In 2019, Grayscale announced fund inflows of at least $607 million which was significantly more than it had reported in the period between 2013 and 2018. At the end of December 2019, its total investments reached around $1.17 billion. This New York-based asset manager alleges to be the largest globally.

Since the start of 2021, Grayscale has been increasing its amounts of crypto assets under management (AUM). On December 28, 2020, the firm surpassed another milestone, exceeding $19 billion in AUM up from the $16.4 billion it had published a week earlier.

At the time, the Grayscale Bitcoin Trust had about $16.3 billion and it was still buying more. Barely two months later, as of March 3, 2021, GBTC had doubled its assets under management reporting $33.129 billion AUM.

03/03/21 UPDATE: Net Assets Under Management, Holdings per Share, and Market Price per Share for our Investment Products.

2020 attracted institutional investors into the crypto market. Most of these institutions still prefer Bitcoin which might be pushing the prices of the flagship crypto higher. In recent months, Grayscale has added to its reserves to surpass $39.2 billion in assets under management. If this aggression continues, it will help in offsetting most of the selling pressure from the miners, retailers, and whales in the medium term.

Throughout December 2020, miners and whales were selling while the institutions kept on buying. The massive demand from the institutions and the limited bitcoin supply from the miners has caused the BTC price to surge towards $60,000 in recent days.

As of March 3, 2021, the flagship cryptocurrency is consolidating above $50,000 having set new all-time highs above $58,000 in February. Grayscale has acquired more than 660,000 bitcoins which translates to almost 3.1% of bitcoin’s current circulating. If it continues with this rate, it will surpass the one million mark making Grayscale a major player in determining the market sentiment in the BTC market.

Since August 2020, business intelligence firm MicroStrategy has been acquiring more bitcoins making it rank among the biggest institutional investors in the market. Based on data published on February 24, 2021, the company increased its holdings by another 19,452 coins taking its total BTC haul to 90,531.

The CEO Michael Saylor announced that his firm will not stop acquiring bitcoin after its latest purchase of bitcoins worth around $1 billion. Reportedly, the coins were purchased for an average of around $52,765 per coin. Saylor said:

“The Company remains focused on our two corporate strategies of growing our enterprise analytics software business and acquiring and holding bitcoin.”

In six months, MicroStrategy has spent more than $4 billion on bitcoin. This increased demand from the company appears also to be pushing the prices of the flagship crypto higher. Saylor added:

“The company now holds over 90,000 bitcoins, reaffirming our belief that bitcoin, as the world’s most widely-adopted cryptocurrency, can serve as a dependable store of value. We will continue to pursue our strategy of acquiring bitcoin with excess cash and we may from time to time, subject to market conditions, issue debt or equity securities in capital raising transactions to use the proceeds to purchase additional bitcoin.”

MicroStrategy’s president and chief financial officer, Phong Le, said that bitcoin purchases will help grow awareness of the company’s brand as a reputable software service provider. Moreover, this acquisition shows that MicroStrategy has faith in the Bitcoin network. He highlighted:

“We believe our bitcoin strategy, including our bitcoin holdings and related activities in support of the bitcoin network, is complementary to our software business, by enhancing awareness of our brand and providing opportunities to secure new customers.”

MicroStrategy and the other institutional investors are believed to be underpinning the bull cycle this time around.

A filing with the US regulator showed that Tesla is now on board for Bitcoin payments in the future. After reports emerged that Tesla had acquired $1.5 billion worth of BTC on February 8, Bitcoin gained about $3,000 within minutes.

According to the most recent 10K filing, @Tesla had cash & equivalents of $19.4 billion (gross), or $98 billion (net of debt and finance leases).

Using these figures as a reference, $1.5 billion in #Bitcoin represents an allocation of 7.7% on gross cash or 15.1% on net cash. https://t.co/FgRpzRcXBh pic.twitter.com/tDVqJGtj2Q

TradingView data tracked bitcoin as it spiked towards $44,000 as Tesla’s news came in. This filing with the United States Securities and Exchange Commission (SEC) showed that the electric vehicle manufacturer settled on buying bitcoin to support BTC transactions in the future. The filing highlighted:

“In January 2021, we updated our investment policy to provide us with more flexibility to further diversify and maximize returns on our cash that is not required to maintain adequate operating liquidity. As part of the policy, which was duly approved by the Audit Committee of our Board of Directors, we may invest a portion of such cash in certain alternative reserve assets including digital assets, gold bullion, gold exchange-traded funds and other assets as specified in the future.”

The crypto market went ablaze after this revelation with the statement going on to say:

“Thereafter, we invested an aggregate $1.50 billion in bitcoin under this policy and may acquire and hold digital assets from time to time or long-term. Moreover, we expect to begin accepting bitcoin as a form of payment for our products in the near future, subject to applicable laws and initially on a limited basis, which we may or may not liquidate upon receipt.”

As part of the new policy, Tesla is expected to begin offering its clients the ability to pay for all its products using bitcoin.

Various types of people have joined the crypto space in the past 12 months. In some cases, individuals are seeking alternative investment opportunities, while in other cases people are trying to shield their portfolios from hyper-inflations in their countries.

Buying bitcoin is considered to be a viable investment strategy for retail, and high-net-worth investors, with the crypto projected to surge further in the coming months. Analysis shows that fear of missing out (FOMO) is creeping into the market, which keeps pushing bitcoin higher.

Who is responsible for the bitcoin buying binge during the COVID-19 crisis? High income and well-educated men are some of the newest investors in the market. About 80% of the 2020 crypto buyers were men that had an average yearly income of $130,000. 40% have a master’s degree or higher and 70% have a Bachelor’s degree or higher. 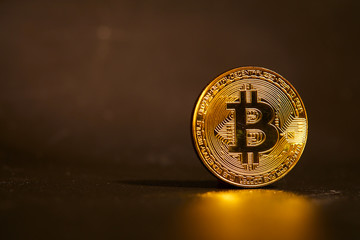 Stanley Druckenmiller, Paul Tudor Jones, and Mass Mutual have are some of the other notable names that are buying bitcoin terming it as a possible hedge against inflation. Elon Musk and Mark Cuban also seem ready to invest in bitcoin while Peter Schiff keeps asking how to go about it.