As PayPal accepts cryptocurrencies, many are asking if the crypto space has crossed the Rubicon.

The best way to look at this is to consider PayPals’ initial participation within the crypto space.

Let’s take a look at the “yes we have!” aspect of this situation.

About a year ago, the payment giant quit the Libra cartel.

After that, no one was sure about which direction that PayPal was going in.

PayPal’s announcement indicates that it wants to take an independent direction. 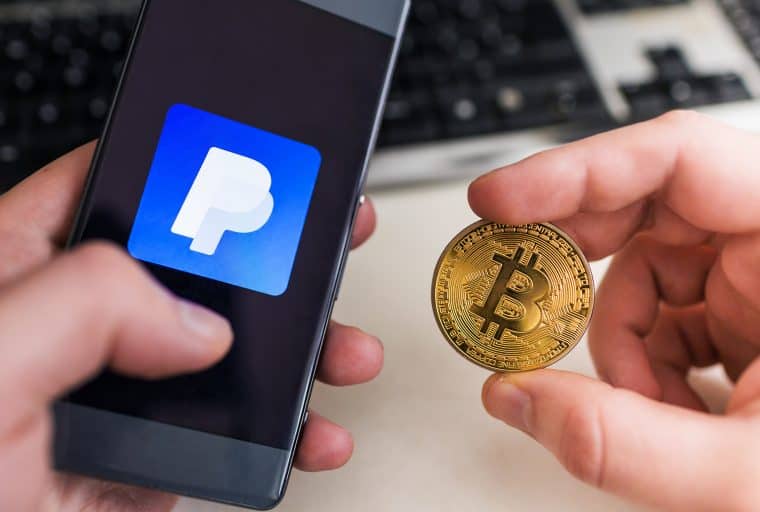 In other words, it wants to find its way.

Now, as PayPal accepts cryptocurrencies it brings the game to a whole new level.

It also means that the gospel about cryptocurrencies has spread faster than previously thought.

The payments giant wants to take its piece of the pie.

The eggheads at PayPal must have realized that Cryptocurrencies are the future.

The New York Department of Financial Services Does Something Different

Another interesting fact about the situation is that the New York Department of Financial Services has issued a different kind of license to PayPal.

This time though, the license is a one-of-a-kind type of license.

It may have something to do with the fact that PayPal is one of the world’s largest payment processors with over 300 million active users.

As PayPal accepts cryptocurrencies, the job of the NYDFS and other regulatory bodies is becoming more complex by the day.

The reasons for these are obvious.

The world is experiencing a shift in finance and money.

At the core of this shift are cryptocurrencies and, their underlying technologies.

So, in this scenario is what the regulatory bodies have to deal with in different dimensions as far as the mass adoption of cryptocurrencies is concerned.

There Shall be New Entrants into the Crypto space

Like it or not, there shall be new members of the crypto space as PayPal accepts cryptocurrencies.

These new members shall of course come from the payment giant.

It doesn’t mean though that the general acceptance shall increase.
It means that the acceptance of the first cryptocurrencies in the PayPal ecosystem will rise slightly for now.

Initially, Bitcoin, Ethereum, Bitcoin Cash, and Litecoin are the first set of cryptocurrencies that users will be able to buy.

PayPal has already indicated that it will add more to this list as time goes on.

On the “no” side of crossing the Rubicon, there are also several issues to consider.

The first of these is exactly how PayPal accepts cryptocurrencies.

It has fully outsourced the cryptocurrency services to the Paxos Trust Company via a partnership.

It is through this partnership that users will be able to buy their cryptocurrencies.

Now, this lack of native support indicates that the payment giant’s approach may be on an experimental language.

The hesitance in the language of the press release is also obvious.

As a result, it may take some time for the massive cryptocurrency acceptance that we are looking for.

For now, though, PayPal’s users that have a working knowledge of cryptocurrencies will be able to buy and hold their tokens.

They can’t also transfer tokens to others.

It creates a situation where users will be able to experiment with cryptocurrencies but can’t use them in a real-world scenario.

Again, the reasons may not be technological but, rather, regulatory as PayPal is considering how best to implement this feature.

In no distant time, we may see this feature become the draw in for many people.

As PayPal accepts cryptocurrencies, the payments giant has indicated that the rollout will be in selected markets.

One great feature of cryptocurrencies is their global appeal.

It, of course, points to the sandbox nature of the project itself.

If PayPal’s acceptance of cryptocurrencies causes unnecessary losses, the execs can pull the plug on the project with minimal losses.

On the other hand, should cryptocurrencies gain traction, the PayPal management will have to keep up fast.

At that point, they may have to outspend their competitors so that they will stay in the game.

The “Not yet” Scenario

As far as the “not yet” scenario is concerned, PayPal may just be looking at ways of entering the cryptocurrency space.

It may have its enterprise blockchain project as well.

Such surprises are common as far as fintech is concerned.

The great thing, though, is that this attempt has caused quite a stir.

Something that the last attempt during PayPal’s’ Libra days couldn’t do.