Fog Reveal is an innovative tool used to search hundreds of billions of records from more than 250 million mobile devices. This tool harnesses data to create location analyses that are familiar among law enforcement agencies as different ‘patterns of life’.

Local authorities from rural North Carolina to suburban Southern California are reported to have used an obscure cellphone tracking tool. They used it sometimes without any search warrants yet the tool gives them the power to follow people’s movements several months back in time, as highlighted by The Associated Press.

Developed by Virginia-based Fog Data Science LLC, Fog Reveal has been in active use since 2018. Notably, it has already been used in criminal investigations ranging from tracking the movements of a potential participant in the January 6 insurrection at the Capitol to the murder of a nurse in Arkansas. 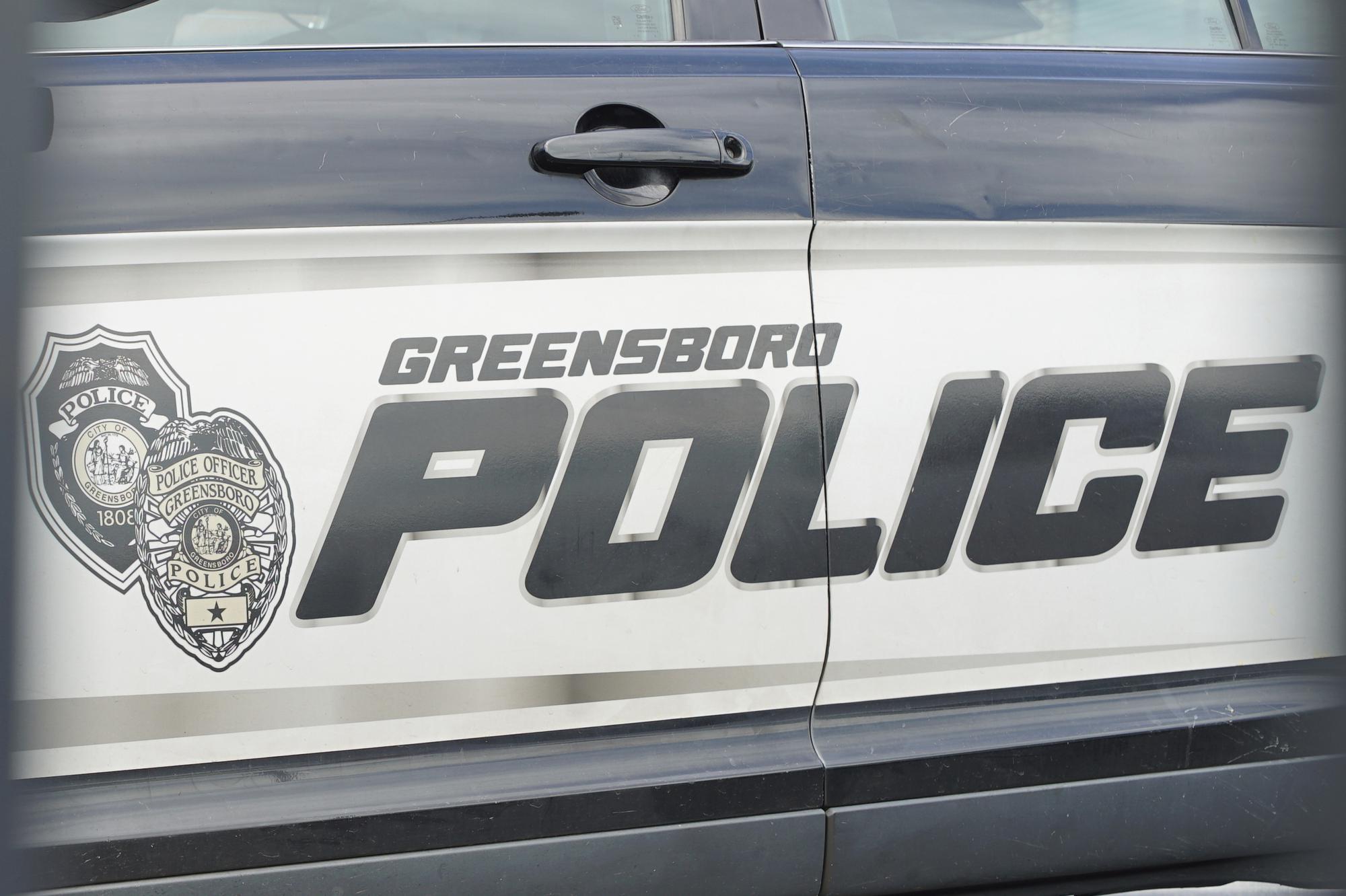 This tool is rarely, or never, mentioned in court records and this makes it hard for defense attorneys to properly defend their clients whenever the Fog Reveal technology is used.

The firm was launched by two previous high-ranking Department of Homeland Security officials working under President George W. Bush. It heavily depends on advertising identification numbers, which Fog officials insist are culled from renowned cellphone apps like Starbucks, Waze, and an assortment of others that target adverts based on a person’s interest and movement. This information is then sold to firms like Fog Reveal.

“It’s sort of a mass surveillance program on a budget.”

This story investigates the power and impacts of the decisions pushed by algorithms on people’s daily lives.

These documents and emails were obtained by EFF via Freedom of Information Act requests. This group shared the files with The AP that independently discovered that Fog Reveal sold its software in around 40 contracts to almost two dozen agencies, based on data from GovSpend, a firm that keeps tabs on government spending.

These records offer the first public account of the extensive use of Fog Reveal by local police, as highlighted by analysts and legal experts who examine these technologies. Federal oversight of firms like Fog Reveal is an advancing legal landscape.

On August 29, the Federal Trade Commission (FTC) sued a data broker Kochava which, like Fog, offers its clients advertising IDs that authorities say can readily be used to determine where a mobile device user lives, violating rules that the commission enforces. Several bills are before Congress that, if passed, would regulate the sector.

A Fog managing partner, Matthew Broderick, said in an email:

“Local law enforcement is at the front lines of trafficking and missing persons’ cases, yet these departments are often behind in technology adoption. We fill a gap for underfunded and understaffed departments.”

Due to the secrecy that surrounds Fog Reveal, nonetheless, there are minimal details about its use and a majority of the law enforcement agencies will not discuss it, raising various worries among privacy advocates that it violates the Fourth Amendment to the U.S. Constitution, which mostly protects against unreasonable seizure and search.

What distinguishes Fog Reveal from other phone location technologies that are used by police is that it follows devices via advertising IDs, distinct numbers assigned to every device. The numbers do not have the name of the phone’s user, but can be tracked to homes and offices to allow the police to establish pattern-of-life analyses. 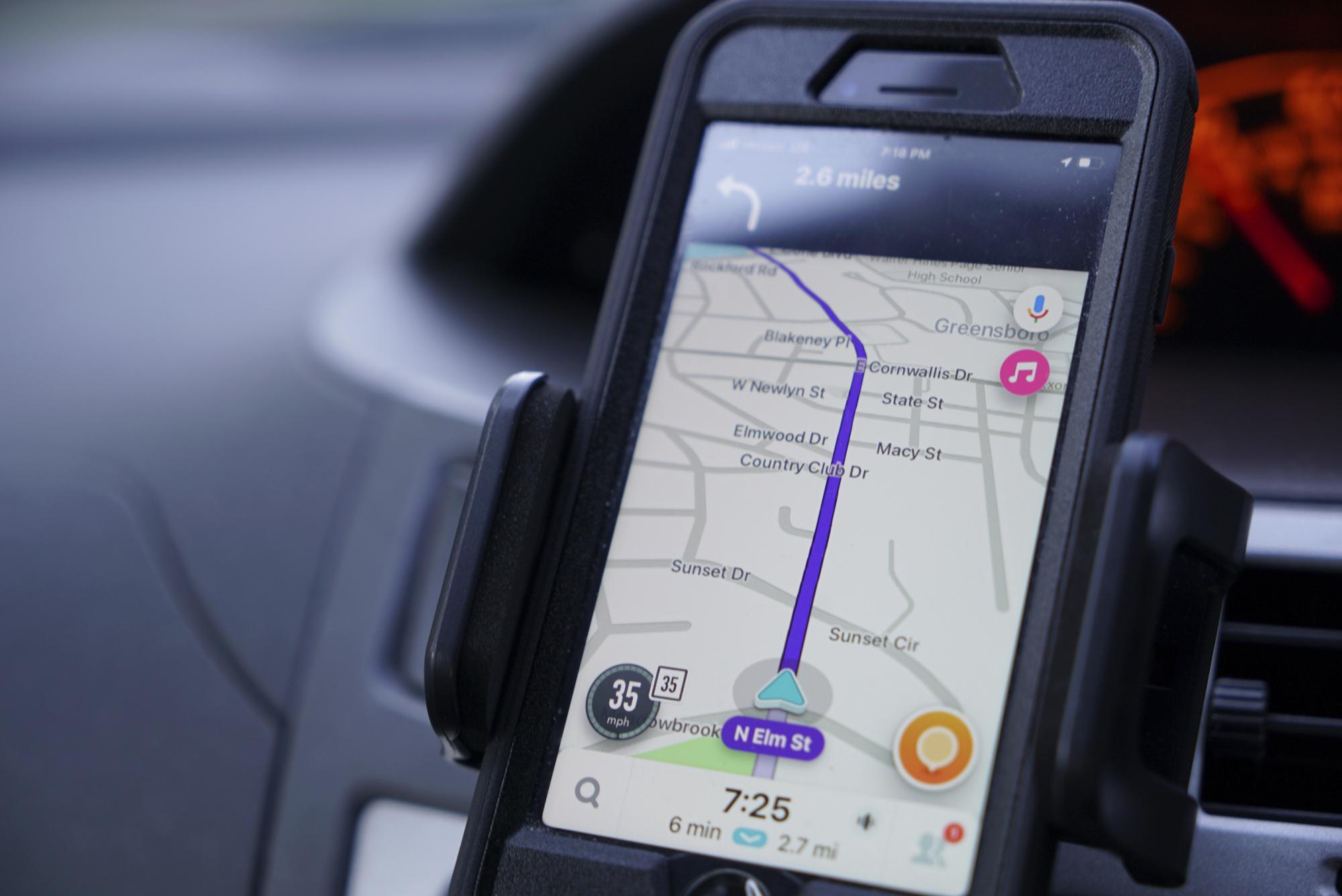 “The capability that it had for bringing up just anybody in an area whether they were in public or at home seemed to me to be a very clear violation of the Fourth Amendment. I just feel angry and betrayed and lied to.”

Hall resigned in late 2020 after many months of voicing worries about the department’s use of Fog tools to police attorneys and the city council.

While Greensboro officials confirmed Fog’s use and originally defended it, the police said that it allowed its subscription to expire earlier in 2022 since it did not “independently benefit investigations.” However, state, federal, and local police agencies in the United States continue using Fog with minimal public accountability.

Various local police agencies have been lured by Fog’s affordable price: starting as low as $7,500 annually. Some of the departments that license it have shared access with other law enforcement agencies, emails show.

Police departments are happy with the speed with which they can access detailed location information from Fog Reveal. Geofence warrants tapping into GPS and other sources to track a device and they are accessed by acquiring such data from firms like Apple or Google. That needs police to get a warrant and ask the technology companies for the particular data they want, which might take days and in some cases weeks.

By using Fog’s data, which the firm alleges is anonymized, police can geofence a region or search by a particular device’s ad ID numbers, based on a user agreement acquired by reporters.

However, Fog maintains that “we have no way of linking signals back to a specific device or owner,” based on a statement by a sales representative who emailed the California Highway Patrol in 2018 after one lieutenant asked whether this tool might be legally used.

Cellphones have unique codes that let advertisers target users for promotions. What you might not know: these same codes might be helping police surveil users without a warrant.

Despite these privacy assurances, records show that law enforcement can look into Fog’s data as a hint to find identifying information. A Missouri official wrote about Fog in 2019:

“There is no (personal information) linked to the (ad ID). But if we are good at what we do, we should be able to figure out the owner.”

Fog’s Broderick mentioned in an email that the firm has no access to people’s personal information, and gets information from “commercially available data without restrictions to use,” from data brokers “that legitimately purchase data from apps in accordance with their legal agreements.”

The firm declined to share information about the number of police agencies it works with. Broderick said in the email:

“We are confident Law Enforcement has the responsible leadership, constraints, and political guidance at the municipal, state, and federal level to ensure that any law enforcement tool and method is appropriately used in accordance with the laws in their respective jurisdictions. Search warrants are not required for the use of the public data.”

He mentioned that the data his product offers law enforcement is ‘lead data’ and needs to be used to determine the potential cause. A prosecutor in Washington County, Arkansas, Kevin Metcalf, acknowledged that he has previously used Fog Revel without any warrant, mostly in “exigent circumstances.”

In such cases, the law offers a warrant exemption when a crime-in-process endangers people or officers. Metcalf also spearheads the National Child Protection Task Force, which is a nonprofit that fights child exploitation and trafficking. Fog Reveal is listed on its website as a task force sponsor and a firm executive chairs this nonprofit’s board.

Metcalf stated that Fog has been important to cracking missing children cases and homicides. He stated:

“We push the limits, but we do them in a way that we target the bad guys. Time is of the essence in those situations. We can’t wait on the traditional search warrant route.” 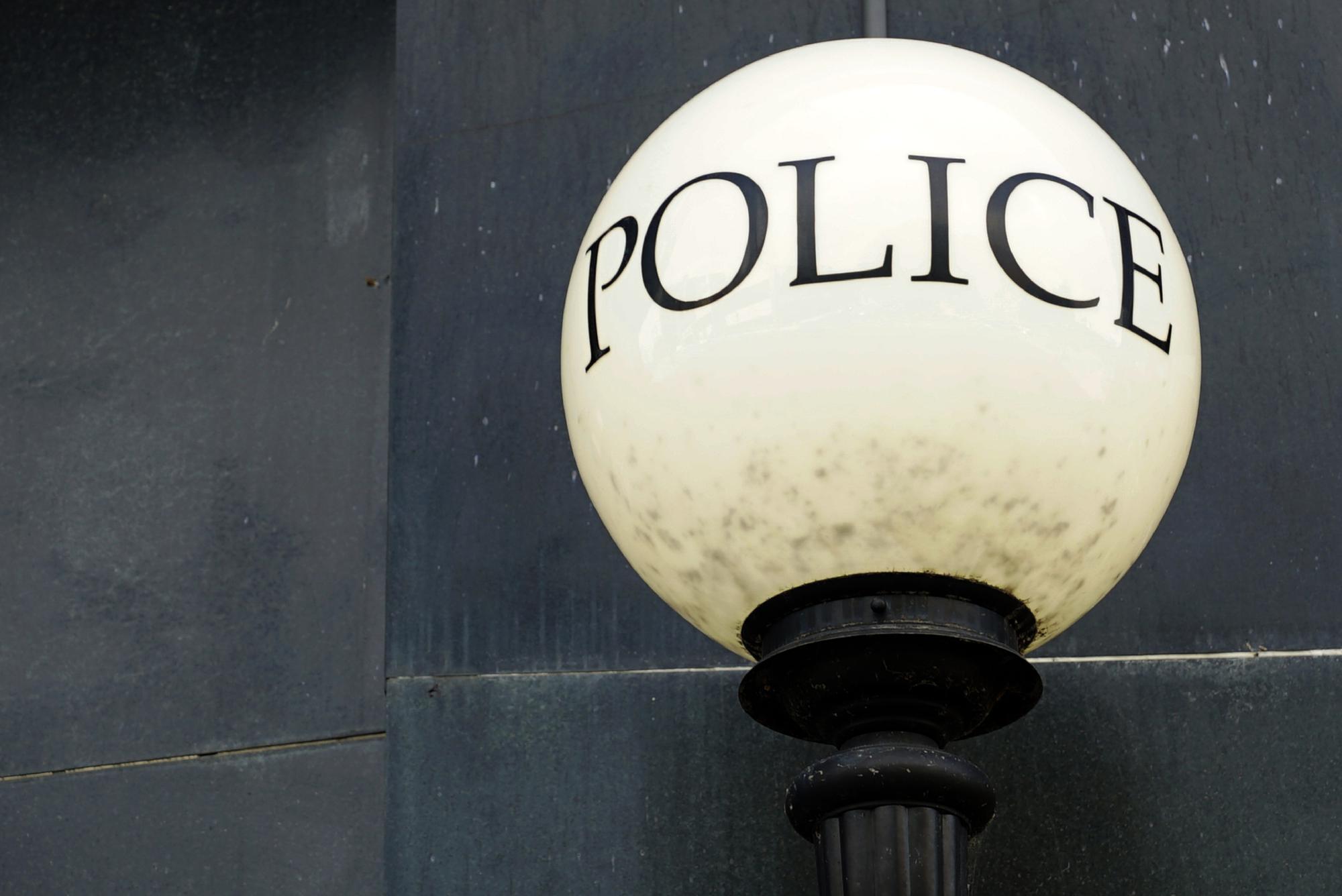 Fog was utilized successfully in the murder case of 25-year-old nurse Sydney Sutherland, who was last seen jogging around Newport, Arkansas, before disappearing.

Police had minimal evidence to use when they got her phone in a ditch. Hence, Metcalf stated that he shared his company’s access to Fog with the United States Marshals Service to determine what other devices had been around during her murder.

He highlighted that Fog assisted lead authorities to arrest farmers in Sutherland’s rape and murder in August 2020. However, its use was not officially documented in court records reviewed by reporters.

Cyphers led EFF’s public records to work and stated that there has not been any past record of firms selling such granular data directly to the local authorities. Cyphers stated:

“We’re seeing counties with less than 100,000 people where the sheriff is using this extremely high tech, extremely invasive, secretive surveillance tool to chase down local crime.”

A notable customer is the sheriff’s office in rural Rockingham County, North Carolina, with a population of 91,000. It is located just north of Greensboro, where Hall still lives. The county got a one-year license for $9,000 in the past year and recently renewed it. Hall stated:

“Rockingham County is tiny in terms of population. It never ceases to amaze me how small agencies would scoop up tools that they just absolutely don’t need, and nobody needs this one.”

Sheriff’s spokesman Lt. Kevin Suthard confirmed that the department recently renewed its license. However. He did not offer any specifics about the use of Fog Reveal or what measures the office takes to protect individuals’ rights. Suthard stated:

“Because it would then be less effective as criminals could be cognizant that we have the device and adjust their commission of the crimes accordingly. Make sense?”

Fog has marketed this tool to police and in some cases aggressively beta-tested it with law enforcement, according to records. The Dallas Police Department purchased a Fog license in February 2022 after sampling a free trial and “seeing a demonstration and hearing of success stories from the company,” as mentioned in an email by a department spokeswoman, Senior Cpl. Melinda Gutierrez.

Fog’s tool is accessed via a web portal. Detectives can key a crime scene’s coordinates into the database. This gives search results that show a device’s Fog ID according to its distinct ad ID number.

Police can then determine which numbers were present near a crime’s location. Also, the detectives can search the location for IDs moving forward from the time of the crime and backdated by 180 days, as stipulated by the firm’s user license agreement. 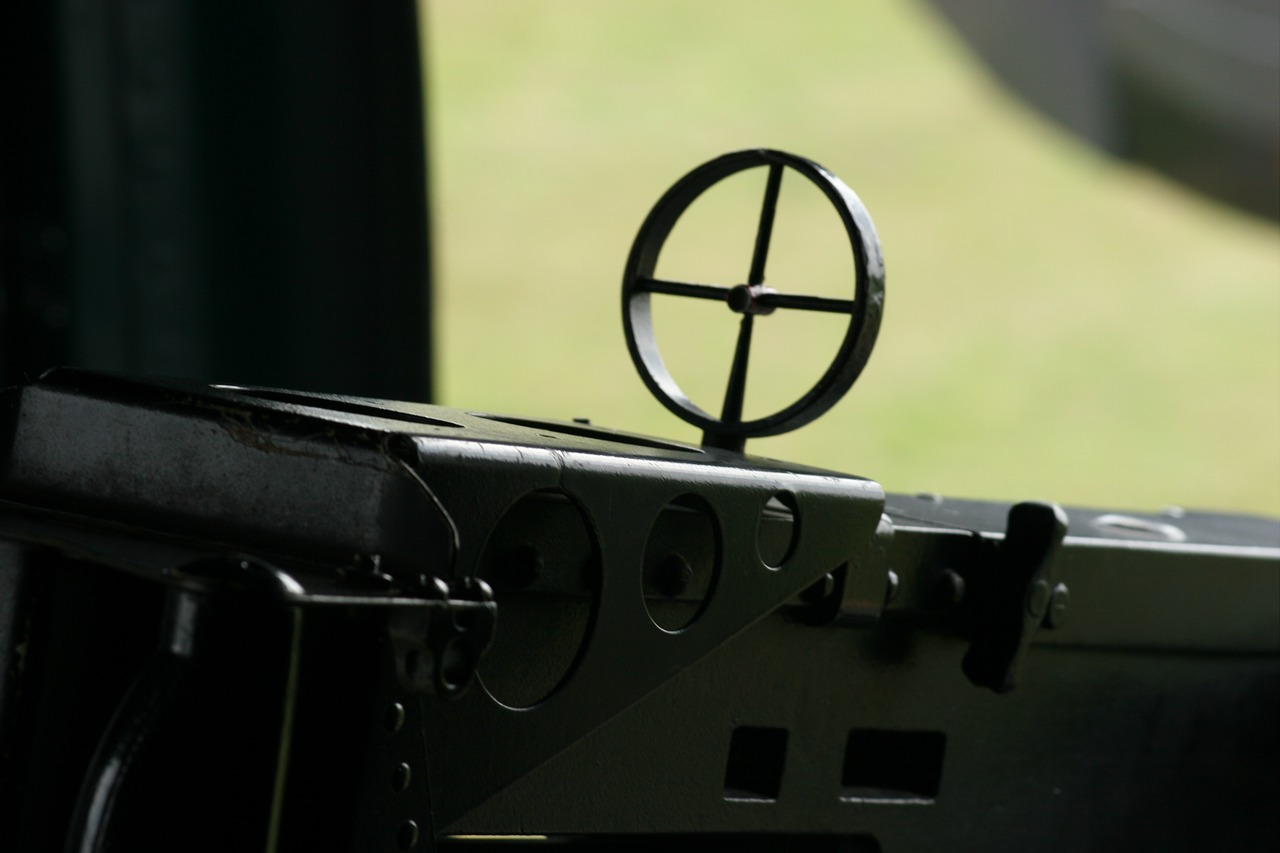 ShotSpotter Artificial Intelligence – How It Impacts Policing And Prosecution