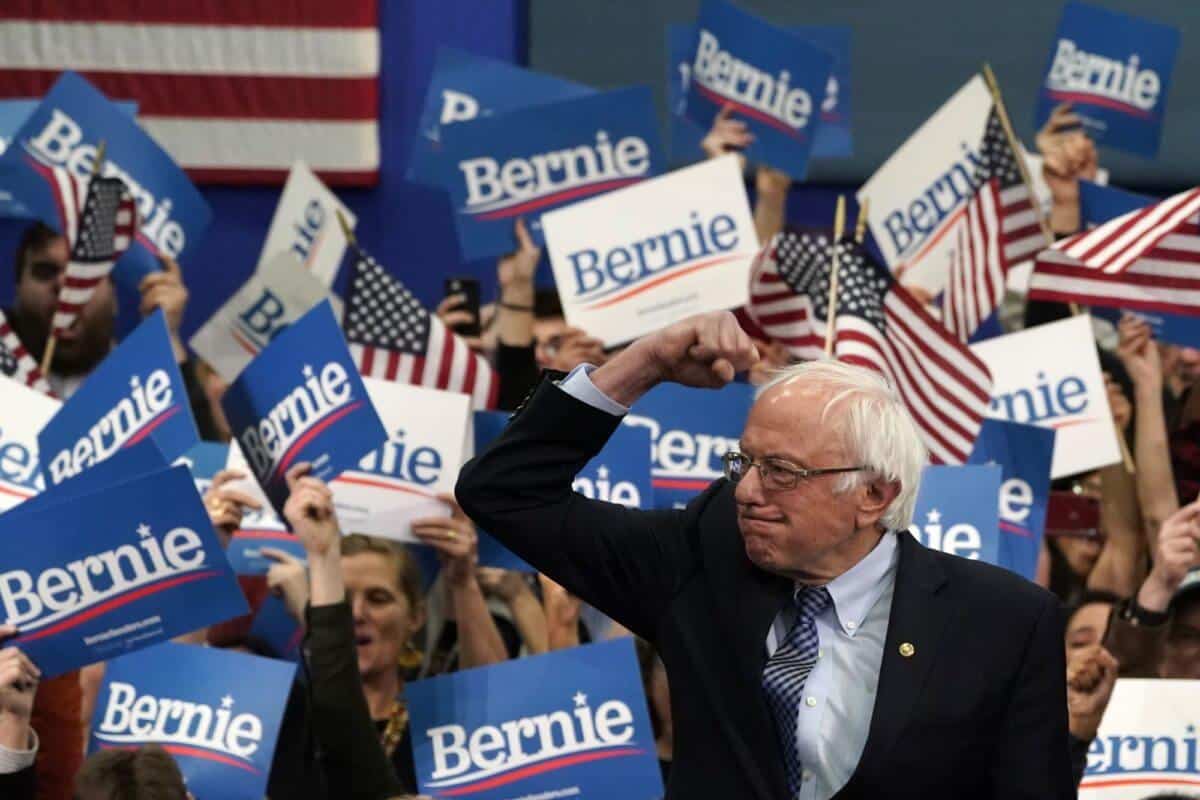 Russia loves interfering with U.S. elections. This is a fact confirmed by almost every single U.S. intelligence department and anyone with access to a Twitter account. The latest effort from Vladimir Putin and his legion of hackers is to continue helping Trump, but curiously they are also helping Bernie Sanders. Interestingly, it’s probably not what you think.

President Trump is extremely confident that he can beat Bernie Sanders in a general election. This is a fact proven by his continuous support for Sanders on social media, despite their very different views on politics.

This makes it extremely useful to Russia if Bernie is the Democratic nominee. But this is still not the most attractive thing about Sanders to Putin.

The Russian leader loves Trump mainly because they share a hatred for international organizations. Russia might not like the sanctions imposed upon them, but they haven’t had any impact on the current administration’s grip on power.

All potential U.S. presidential candidates will maintain sanctions, so it’s merely a case of picking the candidates who push back the least against Russian aggression.

Joe Biden and Pete Buttigieg, the only realistic challengers to Bernie Sanders (if you exclude Mike Bloomberg after his horrendous debate in Nevada), are as entrenched in the democratic establishment as you can get.

Bernie Sanders explicitly states in his campaign pledge that he is not in favor of NATO expansion, evidenced by the following quote he made in 1997,

After four decades of the cold war and trillions of United States taxpayer dollars allocated to compete in the arms race, many of our constituents understand that it is not the time to continue wasting tens of billions of dollars helping to defend Europe, let alone assuming more than our share of any costs associated with expanding NATO eastward.

Sanders, therefore, would mean less international pressure on Russia and allows it to maintain dominance in the region.

Trump takes every opportunity to attack NATO, so even if he isn’t colluding with Russia, functionally, Putin is still going to be in favor of his candidacy. The U.S. president also talks warmly about authoritarian figures around the world, which is useful for Putin’s brand in many ways.

Even though Sanders advocates principally for a healthcare plan seen in almost every wealthy NATO member and ally, in the United States, socialism is still a dirty word to many.

This is a common ideological contradiction. The U.S. military, the most popular spending location for “conservative” Republicans, is one of the most expensive socialist programs in the world. It is paid for with taxes and run almost entirely without democratic process by the executive branch.

Regardless of this fact, having a self-proclaimed “socialist” in the White House makes the left-wing Russian Federation seem a little less evil to the next generation of Americans.

Ultimately, however, all Putin cares about is your view on NATO. If you aren’t all in, you can expect some Russian bots singing your praises on social media.