Polkadot (DOT) is described as a next-generation blockchain protocol that integrates multiple specialized blockchains into one unified network. Different Polkadot facts show that it was developed as a part of a bigger vision for a web that aims to return control to people over internet monopolies.

The Polkadot blockchain protocol is known to operate on the revolutionary promise of the blockchain networks developed earlier while concurrently offering an assortment of fundamental benefits. It is designed to power many chains within a single network.

Developers came up with this project aiming to solve the issues that exist in the current blockchain landscape. Currently, hundreds of blockchains exist but they are isolated from one another with only a few having minimal ability to communicate. In that connection, Polkadot comes in intending to turn into a revolutionary internet of blockchains. It is designed to fill the gap enabling blockchains to communicate with one another. 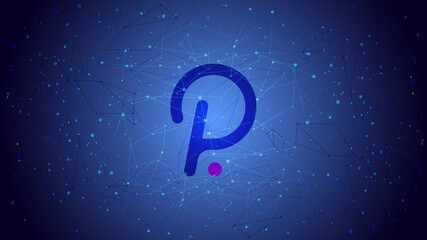 Why is it important to have this kind of platform yet several other great platforms like Ethereum and Cardano exist? Polkadot’s developers believe that there is no single blockchain network that can readily serve many purposes quickly, efficiently, and securely.

With the emergence of this project, many can now imagine a future Ethereum with increased transaction speed. It will also have the capacity to host billions of smart contracts that serve many different applications.

This type of platform may not function effectively and it might not scale well. Thus, the Polkadot network comes in with different but functional solutions. One of the most important Polkadot facts is that it is designed to bring in all the different blockchains under a single place and offer the best platform for all projects that anybody can come up with.

This blockchain protocol was developed by Parity Technologies spearheaded by Gavin Wood and Jutta Steiner. Wood and Steiner formerly worked with the Ethereum team. Furthermore, different Polkadot facts show that the project is supported by the Web3 Foundation which is a closely related organization. It provides the project with collaborations, advocacy, research, and funding.

Parity was launched in 2015 and it began developing node software for Ethereum. This software was referred to as the Parity Ethereum client. Currently, the firm has phased out support for this project enabling it to mainly focus on Polkadot and another related project, Substrate.

Development of the project started in November 2017 when its developers published the first code on Github. Later in mid-2018, the firm published two proofs-of-concept and then deployed Polkadot’s first parachain sometime in July 2018.

In May 2020, Polkadot announced that it had launched an ‘initial’ state and its token transfers went live in August 2020. By September 2020, the platform’s relay chain was yet to be activated. The chain auctions are not yet live entirely in March 2021.

The Polkadot Protocol aims to operate as a type of decentralized center for all kinds of blockchains. According to the team behind the Polkadot project, blockchains need to communicate amongst themselves in a process known as Inter-blockchain communication (IBC). Such Polkadot facts and features enable it to compete with other top blockchains.

With the inception of this technology, it will become quite easy to interconnect the old Distributed Ledger Technologies (DLTs), current DLTs, and also future DLTs. That architecture is one of the several Polkadot facts and features that would make scaling possible. 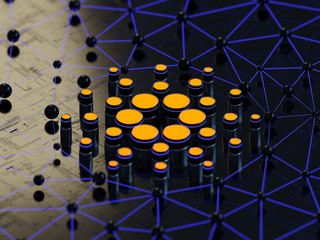 The so-called parachains make this integration process possible since they can be easily added or removed. By description, parachains could be public blockchains, private blockchains, or any other source of data. The data that you find in the parachain is accessible via specialized nodes that are called collators. These collators then send the data to Polkadot.

Parachains are activated by staking DOT tokens and then removed from Polkadot by un-staking the exact tokens. They operate similarly to the decentralized oracles. The primary Polkadot chain, Relay Chain, supports smart contracts. It is highly secured by a DPoS (Delegated Proof of Stake) that the developers refer to as NPoS (Nominated Proof of Stake).

The infrastructure comprises nominators and validators. Nominators are set up to use their tokens to elect the validators that validate or mine the new blocks. In the case that a validator acts maliciously, they are punished along with the nominators that voted for them.

Polkadot Facts And Features That Help It To Compete With Ethereum

As highlighted earlier, Polkadot’s design is created to support multiple chains. Many advantages come with such an approach since it is not just a single blockchain that exists in isolation.

Any blockchain that exists in isolation can process limited amounts of data and traffic. Taking a look at Polkadot facts and features, it is evident that it exists as a sharded multichain network. That means it can process many transactions on multiple chains concurrently. That mode of operation comes in handy to get rid of bottlenecks that may come upon legacy networks that previously processed one transaction at a time.

Interestingly, the parallel procession power significantly boosts scalability and later develops the perfect conditions for strong adoption and future growth. All of the sharded chains that are linked to Polkadot’s network are called ‘parachains’ because they operate on the network in parallel. Hence, transactions are processed efficiently and in parallel.

Applications and networks operating on Polkadot can share information and functionality just like the apps on a smartphone. They do not have to rely on centralized service providers with questionable or strange data practices. The blockchain offers interoperability and cross-chain communication as opposed to the earlier networks that operated primarily as standalone networks.

For example, a chain that provides financial services integrates and communicates with others that provide access to the actual world data; referred to as an oracle chain. Moreover, they can readily communicate with stock market price feeds to participate in tokenized equities trading.

With regards to blockchain infrastructure, no one size fits all. All of the available blockchain platforms make some tradeoffs to enable them to support different use cases and features. Every Polkadot parachain can be developed to suit a specific use case or application. This ability is one of the Polkadot facts that attracts users to the netwoork.

There are cases where one chain can be optimized for identity management while another is optimized for file storage. Looking at the Polkadot facts indicates that every blockchain can have a novel design that can readily be customized for a specific use case. Therefore, blockchains may offer better services, while simultaneously boosting security and efficiency by getting rid of unnecessary code.

Developers are given the ability to create and customize their blockchains rapidly and efficiently by creating on the Substrate development infrastructure.

Blockchains also need upgrades just like the other software to remain relevant in the long term and boost their operations. However, upgrading a conventional chain needs hard forks that develop two distinct transaction histories that splits a community and takes months of resilient work to complete.

One of the Polkadot facts that set it apart from the other networks and blockchains is its ability to support forkless upgrades. This feature enables blockchains to evolve and adapt easily as better technology becomes available. 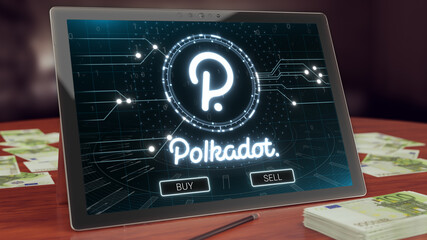 When all these fundamental features are integrated, they open up a world filled with possibilities for new services that give users control of their digital existence. Therefore, Polkadot upgrades do not involve any time-consuming and divisive hard forks. Furthermore, new features can also be added without needing to overhaul an entire network.

Web3 Foundation, which is the team responsible for the development and stewarding of the Polkadot network, supports many teams with grants. They are now involved in funding projects at all levels of the Web3 technology stack that ranges from low-level networks to the ecosystem features like wallets, bridges, parachains, and tooling.

Polkadot communities govern the network as they see fit. They also hold a transparent stake in the future of the network’s governance in general. Teams can optimize and customize their blockchain governance to suit their needs.

Additionally, they can experiment with new ideas and also swap in pre-built modules for quick deployment. The blockchain governance models can even be boosted and upgraded as requirements and operating environments change over time.

Parachain is the term given to every chain that operates on Polkadot. Developers are permitted to set up their parachain using Substrate, the framework used for creating blockchains. Notably, it is possible to operate blockchains developed using Substrate without needing to be a part of the Polkadot blockchain/network.

Polkadot offers interoperability, security, consensus, and a lot of the other services for Substrate-based chains. The parachains readily support features available in many of the other blockchains including smart contracts (Ethereum), ZK-snarks (Zcash), and UTXO transactions (Bitcoin).

All these features and components are not an integral part of Polkadot. Instead, these components can be removed or added from the parachains for customization purposes. Developers can call on functions that exist on different parachains which has resulted in the existence of an assortment of Polkadot parachains. These include transaction chains, privacy chains, data curation chains, IoT chains, oracle chains, file storage chains, identity chains, and finance chains.

For now, more than 25 projects are creating on Polkadot including Chainlink and Ocean Protocol. The other projects are listed here.

The Polkadot Network is made up of parachains, relay chains, bridges, and parathreads. The Relay chain acts as the backbone of the network operating as the primary communication hub between parachains. Validators on the chain accept blocks from every parachains, which enhances security for the whole network.

Parachains are independent blockchains running on the Relay Chain and they provide chain-specific features to the Polkadot network. They are customized to suit the user’s needs. One may be fine-tuned to offer a stablecoin for payments between chains while the other may be designed to operate smart contracts. Also, another parachain in the same network may have the features to introduce a decentralized energy sector to the network. 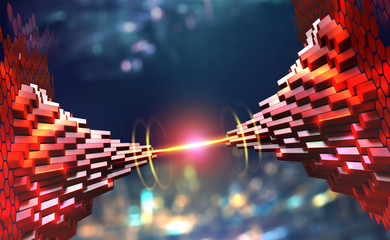 The parachains benefit from shared security models provided by the Relay Chain. Hence, they are protected against 51% attacks and many other vulnerabilities. But, each network starts with a small amount of parachains that increase over time. It means that a system of public auctions is needed where the parachain candidates need to compete to get a slot in the network.

When reviewed from a technical angle, the parathreads resemble the parachains. But, they are different economically. Parachains compete in auctions to join the network while parathreads are easily leased for a short while to participate in the Polkadot network.

The Polkadot developers also built a special parachain known as the bridge. These bridges are designed to connect other functioning blockchains into the Polkadot ecosystem including bitcoin and ethereum blockchains. They enable the transfer of tokens between Polkadot and other external networks.

Other actors exist within the network ensuring the blockchain, in general, remains secure and fully operational always. They include validators, collators, nominators, and Fishermen.

The validators are designed to stake DOT tokens, participate in consensus, and validate proofs from collators. On their part, the nominators stake DOT tokens and ensure that the relay chain is fully secured by selecting trustworthy validators.

Collators collect transactions and develop proofs for validators while the Fishermen monitor the whole network and report any suspicious and malicious activity that may come up.

All these Polkadot facts, functions, features, and components have convinced proponents and analysts that it can compete with Ethereum on different fronts.