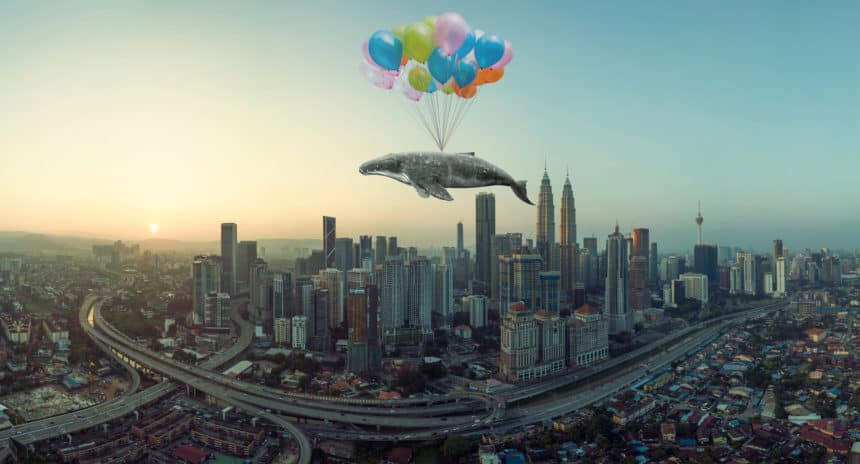 Blockchain data has revealed that a mysterious Bitcoin whale that’s transacted over $350 million worth of BTC has just received a large sum of supply.Data also shows that each time this wallet has received a large sum of Bitcoin, a massive selloff follows. Will this latest transaction lead to yet another catastrophic collapse across the crypto market?BTC Outflow Reveals Large Wallet Refuels, Past Top Ups Coincide With DrawdownsThanks to the transparency that blockchain provides, crypto analysts are always paying close attention to the inflows and outflows of Bitcoin.This BTC can be seen flowing into or out of exchanges, and even an individual’s wallets.And while we don’t always know who the individual is behind each wallet, often information can be gleaned that may explain any intent behind the transaction.Related Reading | S&P 500 Crash Resembles Illiquid Altcoin Crypto Whale DumpThis intent could be moving to another wallet for long-term storage, or to a crypto exchange in preparation to be market sold onto unsuspecting buyers expecting a new bull market.Recently, a 50 BTC transaction from an extremely old wallet set the crypto community abuzz with speculation.And although the funds never were sold, trigger-happy crypto investors panic sold Bitcoin fearing the worst.How will they respond then, when they realize that a mysterious Bitcoin whale wallet associated with transactions that coincide with enormous selloffs may have just reloaded their cannons?These are the times that the $BTC wallet
(3PzdbAwvDJ1MiE87J468MQHtK1CjBbhi8y) received supply.Last time was today.Draw your own conclusions. pic.twitter.com/aZX33uAOzs— il Capo Of Crypto (@CryptoCapo_) May 29, 2020 Is A Mysterious Bitcoin Whale About To Dump On The Crypto Market?According to blockchain data, a mysterious whale that has moved an grand total of 39901 BTC throughout the wallet’s existence, has just topped up its account.While this isn’t frightening in and of itself, the fact that the same data from the wallet shows that each time this wallet has added more Bitcoin, a powerful drop and market crash followed.Related Reading | Number of Bitcoin Whales Hits Previous Pre-Bull Run Level The first large delivery of BTC that is assumed to have been later dumped, may have caused the post-Bakkt launch September 2019 crash. A $2,000 price drop resulted.The next major BTC sum arriving, coincided with the October 2019, record-breaking pump turning into a severe dump.As Bitcoin price appeared to be establishing a bottom in November 2019, another push downward happened following the next BTC transaction.The pattern continued, this time just ahead of the historic Black Thursday market crash. It’s now happened again, twice, as Bitcoin approaches its strongest resistance yet.This whale seems to be working to ensure that this repeatedly tested $10,000 resistance level isn’t breached and has possibly used over $375 million worth of BTC to do so.Will this whale run out of ammo or begin to hold Bitcoin instead?