A growing number of developers are seeking to contribute to the creation of Web3. Nonetheless, because of the massiveness of the web3 ecosystem, it is quite challenging for such developers to start quickly. With the popularity of the metaverse in 2021, Web3 has become one of the hottest areas on the internet lately.

Based on DappRadar’s most recent metaverse report, in 2021, blockchain firms involved in the metaverse raised around $4 billion. The growing interest from many investors and firms has also resulted in more developers joining startups in the web3 space.

In the Web2 era, web services were mainly centralized and controlled in the hands of tech behemoths. On the contrary, Web3 sets up an accessible and entirely self-governed experience. Its components and features include data and identity sovereignty, trustless web infrastructure, decentralized networks, open and public tech architecture, and a lot more.

For developers who embrace the Web3 concept and wish to put their ideas into practice, the Web3 stack is an ideal solution for them. It offers a development environment in the Web3 arena to build a better internet experience that gives the users dApp sovereignty and security.

In that context, IPFS and Filecoin are complementary protocols for the sharing and storage of data on the distributed web. Most of these projects use both networks simultaneously to achieve the best outcome of decentralized storage.

Web3 imagines a new generation of the World Wide Web. It integrates concepts like blockchain technology, decentralization, and token-based economics.

In Web3, the end users interact directly with decentralized applications (dApps). These dApps are designed to benefit from a distributed infrastructure while providing users with increased control over their data, identity, and finances. Most believe that Web3 will offer users enhanced scalability, data security, and privacy and fight the monopoly and control of large tech firms.

Decentralized storage networks provide lots of benefits for people and businesses. For instance, a decentralized storage network leverages peer-to-peer (P2P) technology to get rid of the need for needless resources and ensure the service is always available. Furthermore, it utilizes data encryption to boost the security and privacy of users’ data, hence protecting it from any unethical access.

These are just some of its many benefits. Thus, choosing a massive storage service provider is critical to a project’s success. IPFS and Filecoin are complementary protocols for the sharing and storage of data on the distributed web. Most of these projects use both networks simultaneously to achieve the best outcome of decentralized storage.

What makes up the Web3 technology stack from a developer’s perspective?

A blockchain is a distributed, public ledger that uses independent computers (and nodes) to record, share, and synchronize transactions in their network. As opposed to the centralized network, a blockchain does not need a central administrator and thus does not have any centralized point of failure.

Any application powered by the blockchain is known as a decentralized application (dApp). Notably, the current dApp network is already thriving and consists of many blockchains running concurrently.

Layer-1 blockchain works as the base level of the blockchain infrastructure, and they validate and execute transactions without any support from another network.

For instance, Ethereum is an open-source, decentralized Layer-1 network that lets users transact with one another via smart contracts. It has the second-biggest crypto by market cap and hosts a massive variety of decentralized applications within its ecosystem.

Another notable Layer-1 network is Polygon, which is now one of the blockchains hosting the most UAWs. It is the first well-designed, easy-to-use platform for Ethereum scaling and infrastructure development. Additionally, its modular, flexible infrastructure and EVM-compatible nature make it one of the go-to blockchains for most developers to create their dApps.

Other notable Layer-1 networks include Near, Aptos, Solana, Polkadot, and Flow.

As Ethereum gains popularity, it has also insisted on the urgency to address its congestion challenge and high transaction costs. In that context, most projects have developed entirely EVM-compatible networks to enable users to participate in the wider Ethereum network.

Additionally, the EVM-compatible blockchains enable developers to use all the same tools, documentation, and communities built particularly for the EVM chains, saving time and concurrently flattening the learning curve.

Non-EVM networks came up since engineers decided that EVM chains were too limited by the Ethereum infrastructure and decided to innovate their products by designing entirely new structures.

Related: How To Write An Ethereum Smart Contract With Solidity

What Is Filecoin’s FVM?

Filecoin has unleashed a native VM that is fully compatible with EVM. It is described as a major innovation that aims at bringing on-chain programmability to Filecoin and enhancing the efficiency of decentralized computing over data on Filecoin.

A blockchain or a peer-to-peer network comprises many distributed computers, called nodes, which work like mini servers. The main responsibilities of these nodes include validating the network state, verifying transactions, and storing the history of the blockchain.

Nodes ensure that dApps link to the blockchain, access their data, and interact with smart contracts. When linking your dApp to a node, there are primarily two ways to do it.

Running and maintaining a node normally consumes lots of time and effort. Nonetheless, for developers who wish to focus on creating dApps, blockchain node providers can be a great option. Firms like Alchemy, Getblock, Infura, Quicknode, Chainstack, Pocket Network, and RunNode let developers use their nodes. 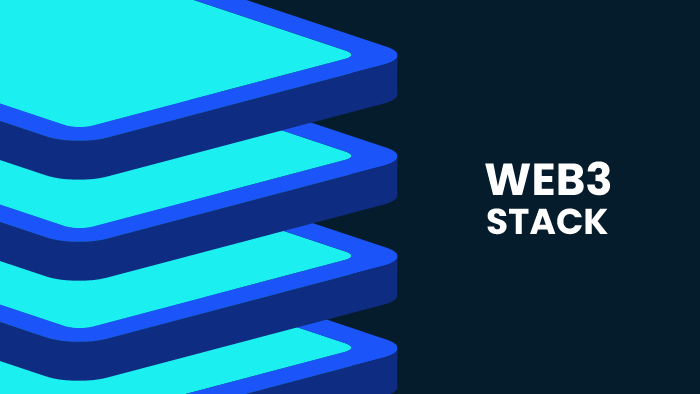 A development environment lets you deploy your smart contracts, run various tests, and debug code without having to deal with a live environment. Here are some of the mainstream environments that are currently available for Ethereum development.

Hardhat is one of the most popular platforms. It enables developers in the management and automation of normal tasks while developing dApps and smart contracts. Some of the available powerful features of Hardhat include error messages for failed transactions, Solidity debugging, and explicit stack traces.

By description, Truffle is a JavaScript-based framework used in the building of smart contracts. It is one of the oldest development tools available for Ethereum developers. Besides serving as a development and testing infrastructure, it can be used as an asset pipeline for decentralized applications by utilizing the Ethereum Virtual Machine.

Other notable Web3 development environments include:

Developers have various frameworks available for use to build the front-end interface for Web3 projects.

React is highly popular among developers for client-end building. A lightweight, highly-efficient, and flexible JavaScript library assists in the seamless development of user-friendly web applications.

Notably, React and Next.js are close together in terms of popularity. It is majorly acceptable for several reasons. For instance, it has perfect performance concerning loading time. Moreover, it creates an incredible user experience and delivers impressive SEO results.

Furthermore, the web3ui kit becomes renowned and popular since it introduces lightweight UI components for web3 developers. The UI library helps in speeding up developers’ dApp development regardless of which chain they build on.

The ethers.js library offers a complete and compact library for interacting with the Ethereum Blockchain and its entire ecosystem. Originally, it was designed to support the use of ethers.io. But it has now expanded into a more general-purpose library.

The web3.js library is an open-source JavaScript library built by the Ethereum Foundation in 2015. As it offers different functions to communicate with an Ethereum node and a good API reference, it has been adopted by many projects.

Notably, developers can also have ethjs as an option. It is a highly optimized agile JS utility for Ethereum based on web3.js, but it is even lighter, async only, and uses bn.js.

In Web3, identity validation takes on a wholly different paradigm. In Web2, verification is nearly always based on the user’s personal/private information. Nevertheless, in Web3, identity revolves around the technology of wallets and public key cryptography. As a developer, you need to understand how to access and interact with a user’s wallet and address in different ways.

Furthermore, you need to remember that various blockchains may need a variety of wallets. For instance, one of the most popular wallets, MetaMask, supports networks like Polygon, Ethereum, Avalanche, BNB Chain, and more.

Related: How To Secure Your Crypto Wallet Against Hacks

Another popular solution is WalletConnec, the decentralized Web3 messaging layer and a standard to link blockchain wallets to dApps. It aims to boost the interoperability of the Web3 space by offering easy-to-use tooling and infrastructure for the wallets to deliver a seamless user experience.

Data that is available on the web has to live somewhere. In Web2, nearly all user data, such as images, videos, and account information, use a centralized database for data storage. Sadly, the storage model poses several issues. One of the largest problems is leaking important personal information and any unauthorized access.

Related: Hacks and Data Leaks are Plaguing Web3-Is there a Cure?

Nevertheless, storing huge amounts of data on the chain now takes lots of work. Gratefully, decentralized storage networks, like IPFS and Filecoin, can solve this challenge. A decentralized storage platform helps in distributing files on a distributed system, ensuring that they are kept secure and immutable. 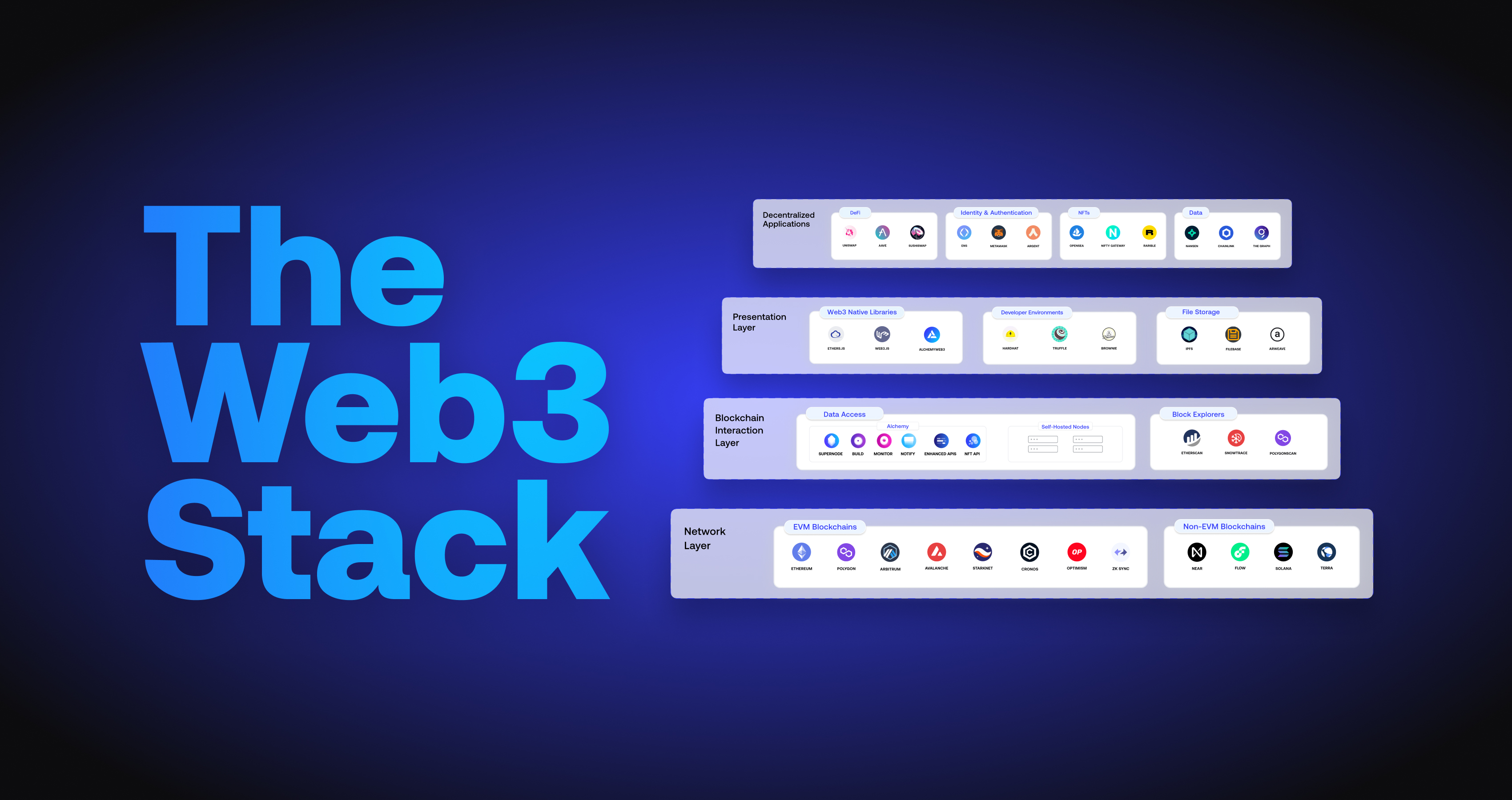 The Graph is a highly decentralized protocol for indexing and querying data from the blockchain, beginning with Ethereum. It allows the querying of data that is challenging to query directly.

What makes The Graph’s technology highly outstanding is that it enables dApps to access all forms of blockchain data without being restricted to the information offered by a specific data provider.

The Web3 space is currently evolving faster than ever, and developers need to keep learning to sharpen their skills. As bigger and better technology solutions become available, developers can come up with systems and products that work perfectly for their users with enhanced efficiency.

In case the developers want to maximize a smooth, one-stop development procedure using most of the advanced tools, Filecoin’s decentralized storage solution and powerful FVM is a great combination that meets all these needs.

You can learn how to leverage Filecoin to boost your dApp security and user experience here.