Grayscale Investments’ Bitcoin purchases have doubled since May 11th, the fund accumulating more than miners can generate in a day.

Grayscale Investments is currently buying up to 1,112 bitcoins every day, researcher Kevin Rooke has revealed in a new post on the fund’s seeming increasing appetite for the crypto asset.

According to the researcher, Grayscale’s Bitcoin purchases have risen to 150% of all minted coins since the halving event.

In the first quarter of 2020, Grayscale had accumulated approximately 607.62 bitcoins, 60,762 of which was amassed during the first 100 days. It represented an accumulation of between 33% and 34% of what the Bitcoin network generated in new supply.

Rooke’s data shows that Grayscale has bought 18,910 bitcoins into its investment trust since May 11th. Miners have only been able to generate 12,337 within that same period.

According to Kevin Rooke, Greyscale’s massive buys indicates that “Wall Street wants Bitcoin, and they don’t care what Goldman Sachs has to say.”

The researcher was referring to a call by Goldman Sachs in which the company said it has told its clients not to buy Bitcoin and other cryptocurrencies.

Winklevoss tweeted that investors such as hedge fund pioneer, and billionaire Paul Tudor Jones aren’t “waiting around for approval from the establishment to buy Bitcoin.”

He also reminded investors looking to buy crypto of the need to do research and “build [their] own conviction.”

Commenting on the banking giant’s note to investors was Cardano founder Charles Hoskinson. According to Hoskinson, Goldman Sachs’ call is due to fears of the prospect of Bitcoin adoption finally pushing the bank out of business.

Goldman Sachs said in its conference call Wednesday that it doesn’t “recommend Bitcoin on a strategic or tactical basis” for its clients.

Hoskinson tweeted, that what they are really saying is; “Please don’t buy the stuff that puts us out of business. We are disintermediated and will lose control.”

On Grayscale’s purchases of more Bitcoin than what is created every day, Binance CEO Changpeng Zhao noted:

“There isn’t enough new supply to go around, even for just one guy“.

Samsung and the Gemini Crypto Exchange Partner Up: The first deal of its kind in the US 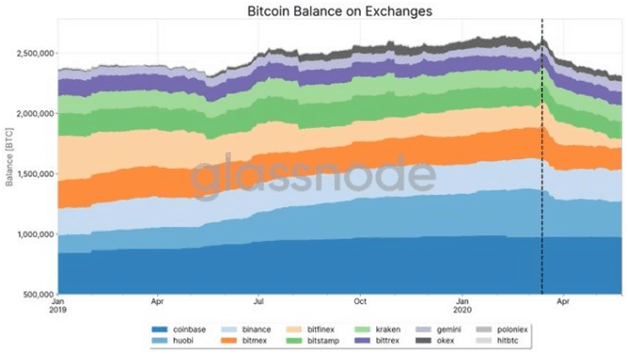