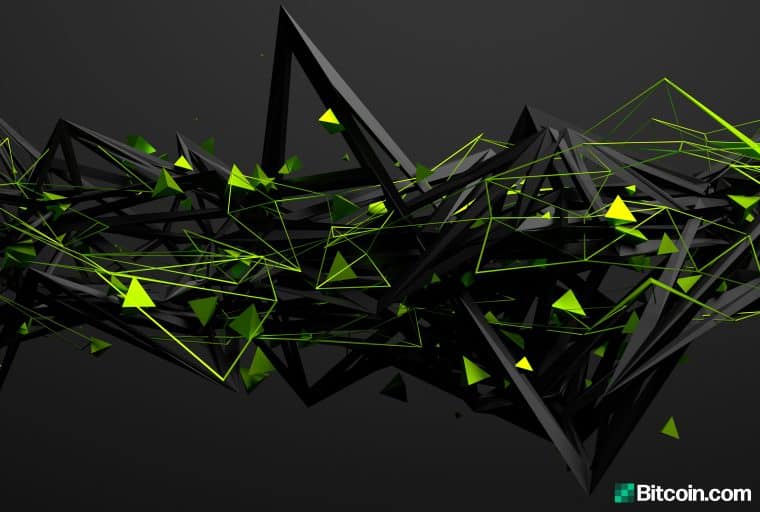 Bitcoin.com’s Cashfusion Fund officially surpassed the fundraiser goal by 103.3% or $51K worth of bitcoin cash spread out between 623 donations. The funds will go toward Cashfusion developer expenses and a security audit from Kudelski Security. Bitcoin.com also matched the funds donated so Cashfusion can provide bitcoin cash users with the best privacy methods available today.

Cashfusion has been considered a powerful tool when it comes to obfuscating bitcoin cash transactions and ensuring privacy. The project made a lot of headway last year and into the new year as well as 3,139 Fusions have been processed since November 28, 2019. Furthermore, Cashfusion has also been complemented by well known privacy advocates like the creator of the Wasabi Wallet. On January 29, data analyst James Waugh sifted through a number of Cashfusion transaction inputs and outputs and realized that it’s “not possible to establish a concrete link” between them. The Cashfusion protocol is an extension of Cashshuffle, which adds a greater layer of privacy to BCH transactions. However, if a shuffling participant mixes their BCH and eventually consolidates the UTXOs, it’s possible the transaction can leave behind some clues for blockchain analysis.

Two months ago, Electron Cash developer Jonald Fyookball published a paper about the combinatoric math in Cashfusion. The paper has a quote from independent software developer Mark Lundeberg that explains how Cashfusion doesn’t use equal-amounts when fusing.

“In Cashfusion, we have opted to abandon the equal-amount concept altogether. While this is at first glance no different than the old naive schemes, mathematical analysis shows it in fact becomes highly private by simply increasing the numbers of inputs and outputs,” Lundeberg wrote. “For example, with hundreds of inputs and outputs, it is not just computationally impractical to iterate through all partitions, but even with infinite computing power, one would find a large number of valid partitions,” the developer added. 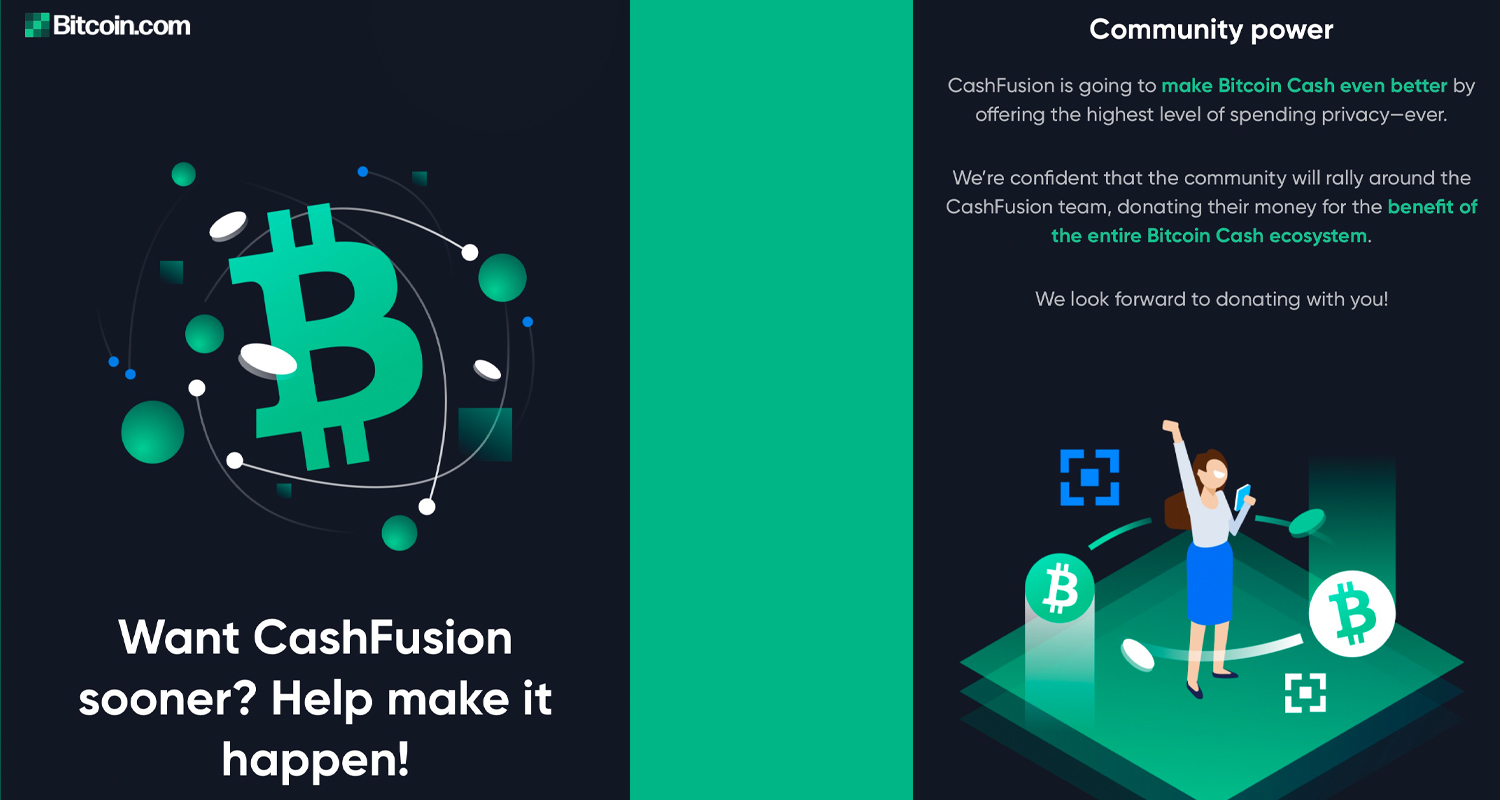 Since Cashfusion provides greater privacy to BCH participants, Bitcoin.com decided to raise funds for the tool’s creators for a security audit and developer expenses. Just like the Cashshuffle software, Cashfusion will get an audit from Kudelski Security in order to make sure the code is solid and doesn’t have vulnerabilities. At the end of February, privacy advocates from Bitcoin.com decided to launch the fundraiser for the Cashfusion team so they can further the project’s goals. As we stated in the initial announcement, Bitcoin.com knows the community is waiting for Cashfusion and our company wants to make the project’s official launch come to realization sooner. By March 6, the BCH community raised over 100 BCH in the midst of the looming economic effects of the covid-19 crisis. 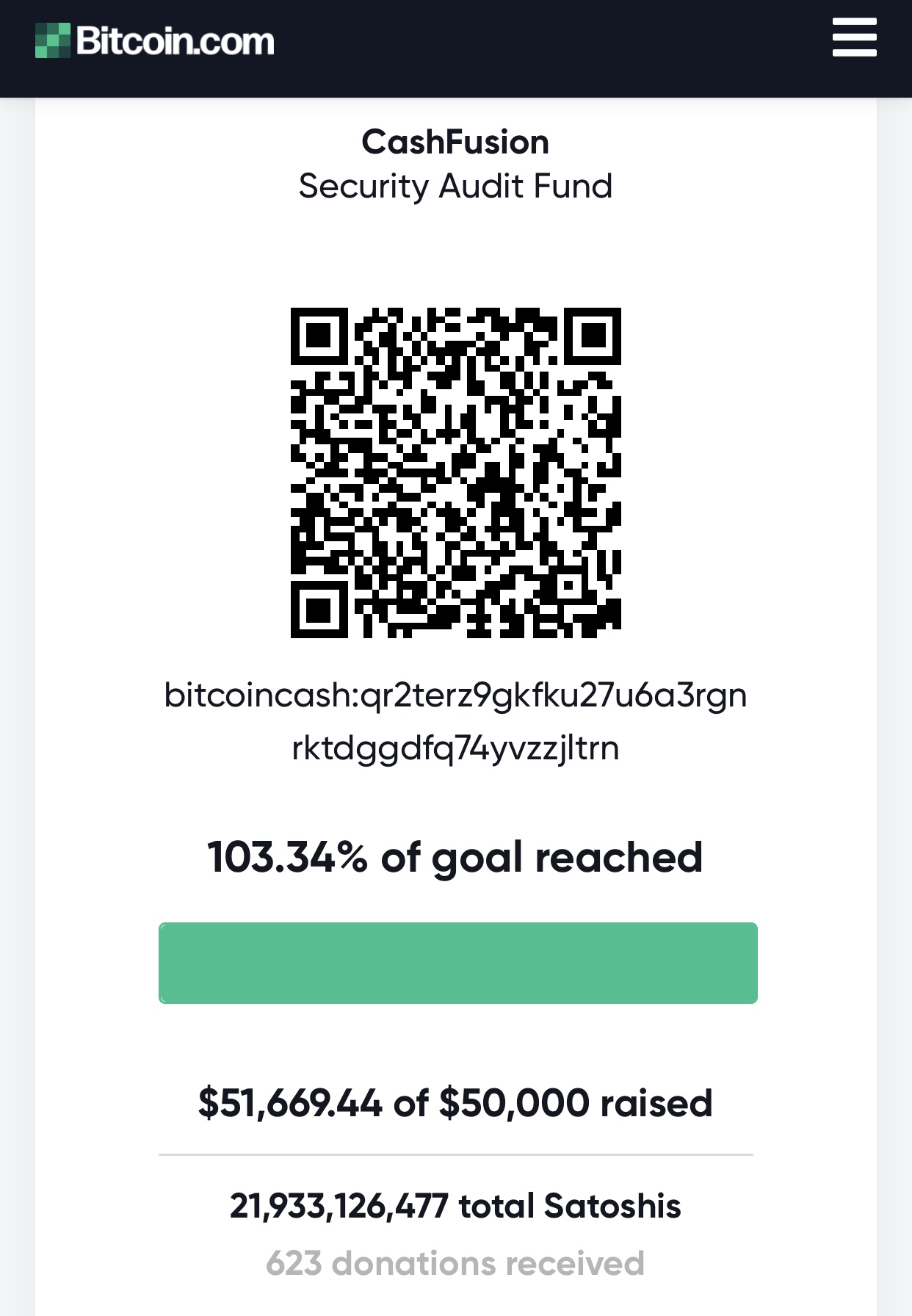 Despite the coronavirus and its effects on the world’s financial system, the greater BCH community managed to surpass the Cashfusion Fundraiser’s goal. As of Sunday, April 5, the fundraiser has 103.3% raised from 623 transactions which add up to $51K. Bitcoin cash proponents sent 21.9 billion satoshis since the start of the fundraiser. Bitcoin.com wholeheartedly believes in the right to privacy and our team has always pushed for tools that further economic freedom. With privacy-enhancing protocols like Cashshuffle and Cashfusion, as well as the recently added Schnorr Signatures, BCH has set itself apart from the rest of the cryptocurrencies in existence.

Raising funds for Cashfusion shows the BCH community cares about privacy a great deal and the security audit should forward that goal. Privacy is of utmost importance these days and it’s more apparent than ever during this current crisis.

The covid-19 crisis has highlighted the need for liberty and how everyone should have the right to do what they want with their own money. As banks around the world have been stopping people from withdrawing their own hard-earned cash, it’s pretty apparent fractional reserve banking has glaring issues. While governments and central bankers try to install a greater form of surveillance capitalism and monitor all of our financial transactions, tools like Cashfusion will be there to make sure privacy is protected. The Cashfusion Fundraiser reaching its goal is proof that the BCH community cares deeply about promoting privacy.

What do you think about the Cashfusion Fundraiser surpassing its goal? Let us know in the comments below.