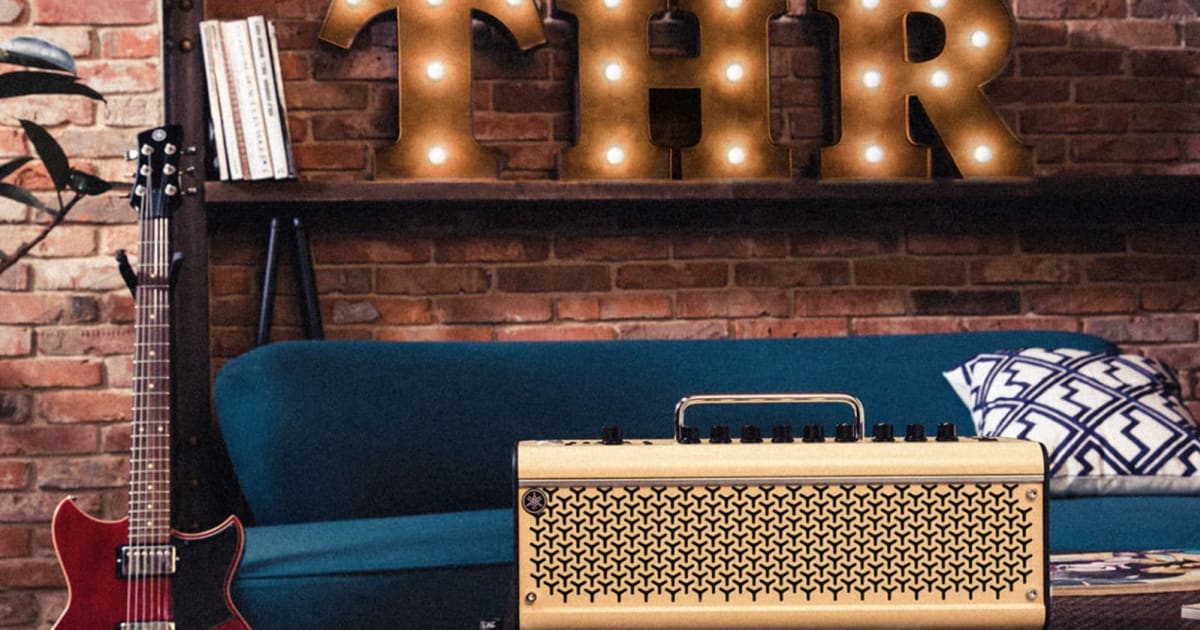 Two of the three new amps include a built-in wireless receiver; plug the Line 6 Relay G10T transmitter into your axe and you’re good to go. (Other transmitters won’t work, though.) The new mobile app gives users the option to tweak settings and effects from across the room using Bluetooth, rather than plugging the amp into a USB port of a computer and using the desktop editor. That said, you can still plug the amp into your desktop or laptop for direct recording, since it also acts as an audio interface.

Previous THR amps could be used as portable speakers thanks to their aux inputs and AA battery compartments. This was a clunky solution, though, and the addition of Bluetooth connectivity and a rechargeable battery will be welcome additions. The THRs’ two-speaker setup enables true stereo playback, as opposed to the mono, one-speaker output of most practice amps.

The updated THR amps will come in 30-watt wireless ($499), 20-watt wireless ($449), and 20-watt wired ($299) options when they land in late October. Each features the same lineup of 15 amp models (up from five on the original), three bass amps and three acoustic amps, as well as a flat-response profile for other instruments like synths.

Purists may scoff at the convergence of guitar amps and Bluetooth speakers, but the desktop category of amplifiers gives musicians a means to finally play at home without angering their neighbors. Sure, most modern amps have a headphone input, but playing with headphones just can’t come close to the feeling of the soundwaves reverberating and enveloping the room.