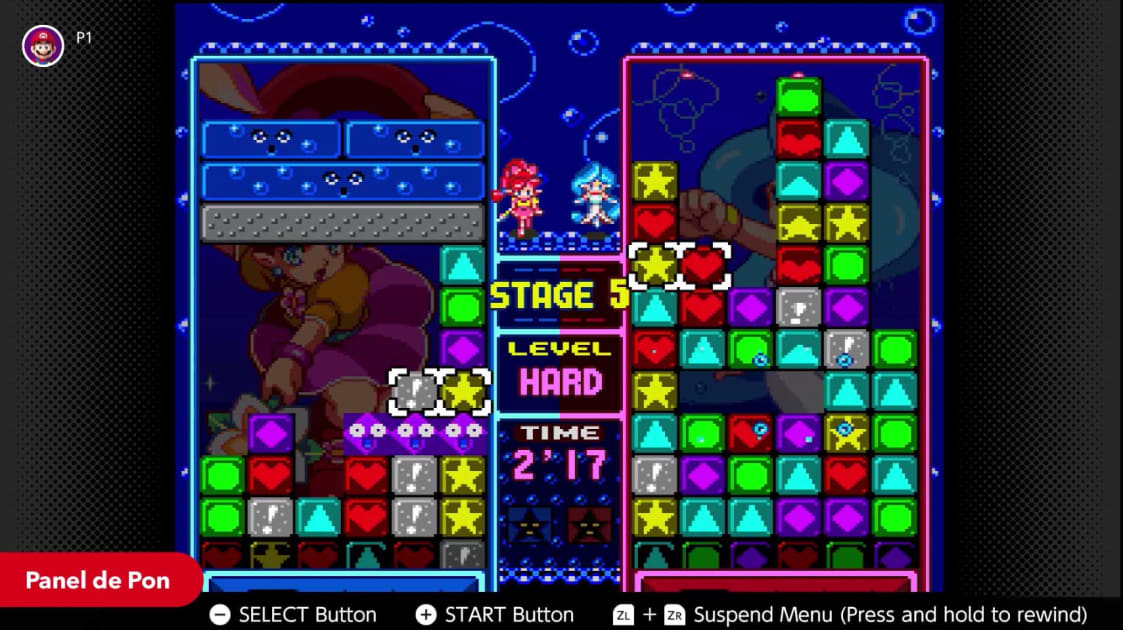 Nintendo Switch Online is carrying on the legacy of the Wii’s Virtual Console, and four more games — one NES title and three SNES ones — are being added to the library on May 20th. Rygar may be regarded as a classic, but it hasn’t aged too well, and Operation Logic Bomb isn’t exactly a paragon of 16-bit gaming. Wild Guns and Panel de Pon, though, are heavy hitters.

Wild Guns is a mix of shoot ‘em up and light gun game genres. On paper, it shouldn’t work, but it’s actually fun, challenging and well designed. The game — which was created by Natsume and was first released in 1994 — takes place in a sci-fi version of the wild west and has players shooting and dodging at a frantic pace. The D-pad moves the characters around as normal, but once the fire button is held down, they stop moving and the targeting reticule can be moved around the screen. A remake of the game, Wild Guns: Reloaded came out in 2016, but this original version should be a good choice for anyone looking for some old-school arcade-style gaming.