Cryptocurrencies have been booming in popularity over the last year and a half and they are now becoming more accepted as a payment form with merchants around the globe. The gambling sector was one of the earlier industries accepting digital currencies, but for UK punters, they are mainly found at non-GamStop casinos. Since the UKGC moved to clamp down on the UK sector, casinos overseas have become more popular with UK consumers.

One of the measures taken by the UK Gambling Commission was a move to reduce payment options with the ban on credit cards. while the large UK brands have not embraced cryptocurrencies. This has given an advantage to non-UK casinos.

The advantages and disadvantages of using digital currencies for gambling will be discussed in this article.

How Do Cryptocurrencies Work at Online Casinos?

Cryptocurrencies have become more popular, and acceptable, as a form of payment and this has been boosted by the likes of online payment platforms like PayPal and Square. Users can buy and sell cryptocurrencies, while merchant accounts can accept them as a payment form. Many investors have profited from digital currencies and are seeking to cash out some of their gains.

One of the design benefits of using cryptocurrency is the anonymity of transactions, although this option is removed with KYC requirements at casinos. The holders of digital currencies should consider whether putting digital money through KYC restrictions is the best use of the technology.

Casinos not on GamStop like those found on non-gamstop-casinos.com have offered more support for cryptocurrency deposits and will have designated cryptocurrency addresses to which users can send their coins, much like a bank transfer.

Users will buy the coins via a currency exchange such as Coinbase or Binance, however, PayPal is now an option. Casinos have also expanded their offerings from BTC and many provide a range of coins such as ETH, LTC, and DOGE. Coin holders are also looking to avoid expensive exchange fees when withdrawing their coins to a bank account.

How Are Cryptocurrencies Restricted at UK Casinos?

The UK Gaming Commission implemented rules in 2016 that allowed Bitcoin to be used at online casinos. The recent ban on credit card deposits was done to protect problem gamblers, but they could be accused of closing a door and opening one which is less regulated.

The reality is that gamblers have always liked to separate gambling transactions from bank accounts to avoid the stigma of betting. Many will have a flutter on sports or casinos without any problems, but they are frowned upon when they apply for mortgages or loans.

Stopping credit card deposits can be helpful for problem gamblers, but it also punishes those who are comfortable with their gaming habits. Many of those gamblers have moved to use credit cards at overseas casinos but cryptocurrencies are now an option.

At present, the UK financial regulators have still not clarified how they will treat blockchain currencies, but the European Central Bank has recently called for global regulation. The US has been moving towards regulation and taxation, while the deputy governor of the Bank of England said that Bitcoin was close to becoming a ‘threat to financial stability.

Without clarity, the larger UK gaming providers have avoided cryptocurrencies, but they are now becoming more mainstream. Until regulation is concluded, casinos not on GameStop will

remain popular because they are offering another deposit option, but the problem is that they can be used as a GamStop loophole.

How Do Non-GameStop Casinos Handle Cryptocurrencies?

Non-GamStop casinos are sites that are based in Europe, or more recently in Latin America. The rise of computing technology has meant that casinos are no longer bricks-and-mortar businesses. There is also the benefit of a better climate and taxation rules. European firms are generally more regulated and require strict identity checks, but maybe with fewer limitations on crypto withdrawals.

Latin American firms offer a looser regulatory environment and users can set up an account without any ID or proof of address in some cases. These sites would allow users to embrace the anonymity of crypto transactions.

Users should still apply some due diligence to any sites that they are signing up to. There are many legitimate businesses, but also some less than reputable ones as in many online sectors.

Should Cryptocurrency Casino Transactions Be Tracked?

Using cryptocurrencies with KYC rules defeats the original purpose of having decentralized money. The goal was to provide a payment form that was free from central planning, regulators and tax-hungry governments. Those parties will always point to tax avoidance and black-market activities as the cause for regulation, but that was prevalent with paper dollars and the large banks were found guilty of many crimes such as money laundering and rigging financial markets.

There is currently a push by central banks to create their own central bank digital currencies (CBDCs). The BoE has even said that ministers should vote on whether they should be programmable. That would mean that the government could ban deposits to non-GamStop, or UK casinos, based on social concerns. A Bank of England official also recently said that Bitcoin was getting close to threatening the financial stability of the current system.

At present, a CBDC is likely to be two to four years away and there are many investors who have made money on their coin investments. Without mainstream opportunities to spend those coins, casinos are one place where they are welcome. While regulators drag their feet on the issue, non-UK gambling sites will continue to benefit, while problem gamblers are provided with another loophole for GamStop rules.

The use of non-GamStop casinos has become more popular with UK gamblers who are feeling restricted by the latest UKGC regulations. It is fair that they take measures to help problem gamblers, however, applying a one size fits all approach doesn’t help those who are comfortable with their gambling habits. A full ban on credit cards was one of those rules that should’ve been handled with more patience and drives business away from UK sites.

Cryptocurrencies are still not mainstream in the UK and regulators are still working on plans to deal with digital money, but the recent comments from the BoE will not see companies rushing to accept them. Despite this, digital money is here to stay and the non-UK sites have the advantage. There is also a risk that problem gamblers could use the coins as a loophole to avoid the GamStop rules. 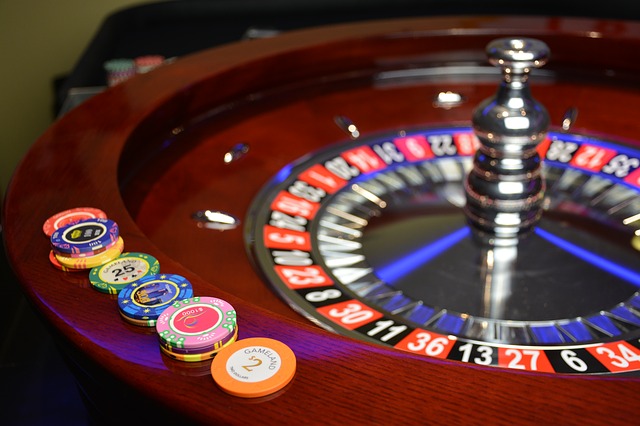 What is Crypto Roulette and How to Play?