While this year has enjoyed massive strides in the cryptoverse in the form of Bitcoin usage as legal tender in El Salvador, and the recent Ethereum network hard forking, there have also been massive but silent revolutions happening in the background. 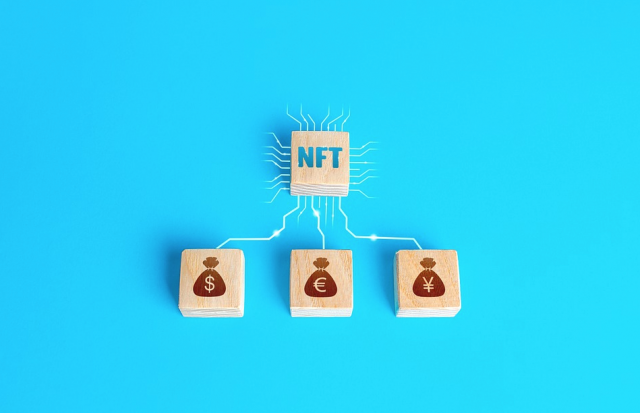 Contents hide
1 How Do Blockchain Games Affect Investors?
2 How Does This Affect the Cryptoverse As a Whole?
3 What Are the Barriers to Mass Adoption of Cryptocurrency?
4 Blockchain Games and How They Affect Its Players

How Do Blockchain Games Affect Investors?

By presenting people with a fun way to get into cryptocurrency, NFT games have also been able to generate market movements for the tokens and coins related to them.

Those who want to buy into a particular game will naturally need to buy a token needed to purchase their NFTs. (For example, Wrapped Ethereum is used to buy Axies in Axie Infinity). The more popular a game becomes, the higher the number of buyers for their respective tokens, and the greater the trading volume will be.

While there are many other factors such as the London Hardfork that could have driven the value of Ethereum up, we have to consider that the drive generated by Axie Infinity cannot be overlooked. After all, the game experienced a massive boom in its player base in May.

From 80,000 daily active players in April, the game’s player base has since grown to 2.5 million. What’s even more intriguing is that the player base is still growing, despite the fact that the game is still only in its Alpha phase. Now, when these new players each purchase Ethereum as a means to pay for their NFTs, this creates a significant Ethereum price action.

These new players are arguably people who wouldn’t have invested in cryptocurrencies otherwise. By packaging the basic aspects of crypto trading into a game, developers are also able to help ease the friction when entering into the world of cryptocurrency.

How Does This Affect the Cryptoverse As a Whole?

The goal of blockchain, and by extension cryptocurrency, is to create a decentralized system where users can transfer assets safely and anonymously. The blockchain is both transparent and secure, which makes it difficult for a single entity to gain monopoly over the system.

Users have far more power over their assets than if they had stored these assets in a bank, and the risk of the blockchain getting hacked is almost non-existent.

However, for this vision to succeed, a mass adoption of crypto is essential as the value of most coins is dependent on its perceived value. The moment people deem that a particular coin or token is worthless, that asset then loses both its utility and its value. The same principle holds true for cryptocurrency in general. For the system to work, the idea that these digital currencies hold value must first be sold to those who would use these assets. The only way to ensure that this objective is met is by making it easier for people to mass-adopt cryptocurrency as a store of value.

What Are the Barriers to Mass Adoption of Cryptocurrency?

Most people have difficulty understanding the way that a blockchain works, especially since it is very abstract. The blockchain itself is a paradox, that it offers both transparency and security in a decentralized environment.

These three traits do not usually mix, and to strike a balance that achieves these key traits takes really advanced technology.

Another barrier to the mass adoption of cryptocurrency is the fact that it promises to serve as a decentralized exchange. This is the exact opposite of what banks and other traditional stores of wealth would want, as their authority and their profit are bound to the centralized nature of the banking system.

As a result, it’s a reality that banks will do their best to prevent the success of blockchain and cryptocurrency. After all, decentralization is exactly what threatens the banking system as a whole.

Cryptocurrency transactions are untraceable, which is what makes crypto seem like an ideal currency for criminal transactions. However, the truth is that there is only a very small number of people that engage in criminal activity.

In fact, traditional payment methods such as cash payments and wire transfers are still used much more commonly than cryptocurrency, so the argument that crypto is a criminal’s tool is superficial.

The final barrier to the mass adoption of crypto is the fact that all coins and tokens are inherently volatile. People who aren’t familiar with trading will naturally become fearful of the risks involved with investing in the cryptoverse.

However, we cannot disregard the scores of people who have made fortunes by trading crypto. With the right mindset and knowledge, and with a little bit of luck, anyone can attain the same results for themselves.

Blockchain Games and How They Affect Its Players

Whether it’s due to the complexity of crypto in general, or in the default skepticism that people approach crypto trading with, blockchain games serve as a way to ease the friction associated with getting started in cryptocurrency.

While there are many dangers related to crypto, these games help teach people the basics necessary to start trading. Elements such as crypto security, tokenomics, purchasing assets only from reputable platforms such as Netcoins, and even the most

basic habit of doing your due diligence before investing into anything, be it a coin or a blockchain.

These games where people earn real money can serve as a potent stepping stone that can help remove many of the stigmas that plague the cryptoverse. This isn’t just an indie developer’s fantasy either, as an increasing number of major companies are recognizing the potential of the metaverse, as is the case with Facebook’s rebranding into “Meta”.

The NFT gaming industry is also one that can potentially engage billions of gamers around the world, many of whom have a lot of purchasing power. While the near future of NFT gaming is still unclear, what is clear is that this is a silent revolution that’s worth examining.