Bitcoin’s price has been on a roller coaster since its inception. Where can bitcoin be used and how can it benefit the owner? It had an incredible 2017 after it increased its value more than 20 times from below $1,000 to peak at just below $20K.

These massive returns have made many want to get into the action for fear of missing out (FOMO). But, others believe that it is a dangerous bubble waiting to burst. What is bitcoin and why is it attracting a lot of attention?

Bitcoin is a digital currency that was developed in 2009 by Satoshi Nakamoto. Over the years, it has been used to pay for items from firms and people that accept bitcoin as a form of payment. However, it differs from fiat currencies in many ways. It does not exist as a physical currency. It only exists online. 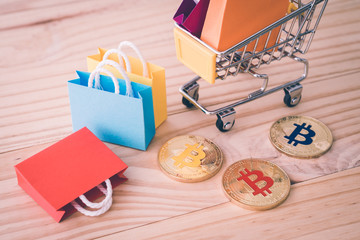 ‘Real-world’ currencies are centralized with a central bank managing the money supply to keep prices steady. They can print more or withdraw some money from circulation when necessary and use various monetary policy controls like adjusting interest rates.

On the other hand, bitcoin is decentralized and its supply increases through mining. For every transaction, a miner needs to solve a challenging mathematical problem and then they get a fraction of a bitcoin as a reward. All transactions are recorded on a blockchain to guarantee the integrity of the currency. The payment network has no downtime and has been in operation 24/7 since its inception.

Contents hide
1 Where Can Bitcoin Be Used As A Means Of Payment?
2 Bitcoin’s Value

Where Can Bitcoin Be Used As A Means Of Payment?

The number of firms that accept bitcoin payments has increased continuously in the past few years. Travel site Expedia, Microsoft, and many other merchants are accepting bitcoin payments.

Microsoft has accepted bitcoin in its online Xbox Store since 2014. They suspended its use due to volatility but later reinstated it only for the Xbox store credits. Bill Gates has been on record saying that things like “Bitcoin is better than currency”. Overstock leads the way in the shopping and crypto space. The company goes as far as to accept many types of cryptos, not just BTC.

Home Depot, the biggest Hardware Store Chain in the US, also accepts bitcoin payments. Other major brands that accept bitcoin payments include Namecheap, Starbucks, NewEgg, Lolli, Subway, Twitch, Whole Foods, KFC Canada, and many others. thus, if you are wondering where can bitcoin be used, you are assured to find many answers.

Also, celebrities like Icelandic singer Bjork have previously accepted bitcoin payments. A new law passed in 2016 enabled retailers in Japan to accept bitcoin payments. Also, small businesses can accept BTC payments via plugins that add to WordPress sites. The crypto has even found favor in many states experiencing political challenges including Venezuela and Zimbabwe.

Just like all the other currencies or assets, the price of bitcoin is determined by how many people are ready to pay for it. Many believe that the valuation of bitcoin is majorly down to opinion.

JPMorgan boss previously labeled bitcoin a fraud terming its astronomic surge in value as a text-book financial bubble. Although speculation fueled bitcoin’s rapid ascent, the recent entry of institutional investors into the crypto scene is pushing BTC from the fringes of the internet to the mainstream. 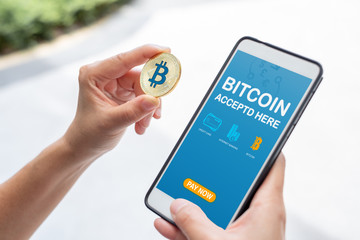 Hundreds of hedge funds specializing in cryptos have come up recently. Furthermore, the Chicago Mercantile Exchange owner, CME Group, now offers bitcoin futures. This exchange offers a platform where trillions of dollars of derivatives contracts exchange hands for global commodities annually. Most recently, PayPal started offering crypto services to its users suggesting that many other bigger financial players are ready to enter this nascent market.

The number of people using cryptos has increased significantly since the 2017 bull run. Although not too many merchants and firms accept cryptocurrencies, for now, there are enough to offer solutions to the questions of where can bitcoin be used in 2020 and beyond.