Lens Protocol is a decentralized social graph designed to simplify the development of Web3 social platforms.

The innovation and booming popularity of social media began at the start of the century with the buzzing concept of the online social graph. The particular data structure draws a line between social networks users and the places, persons, and things with which they interact.

Nevertheless, time has proven that the major social media platforms have multiple disadvantages related to centralization. In that context, the flagships of the change are possibly going to arise from the current Web3 projects. 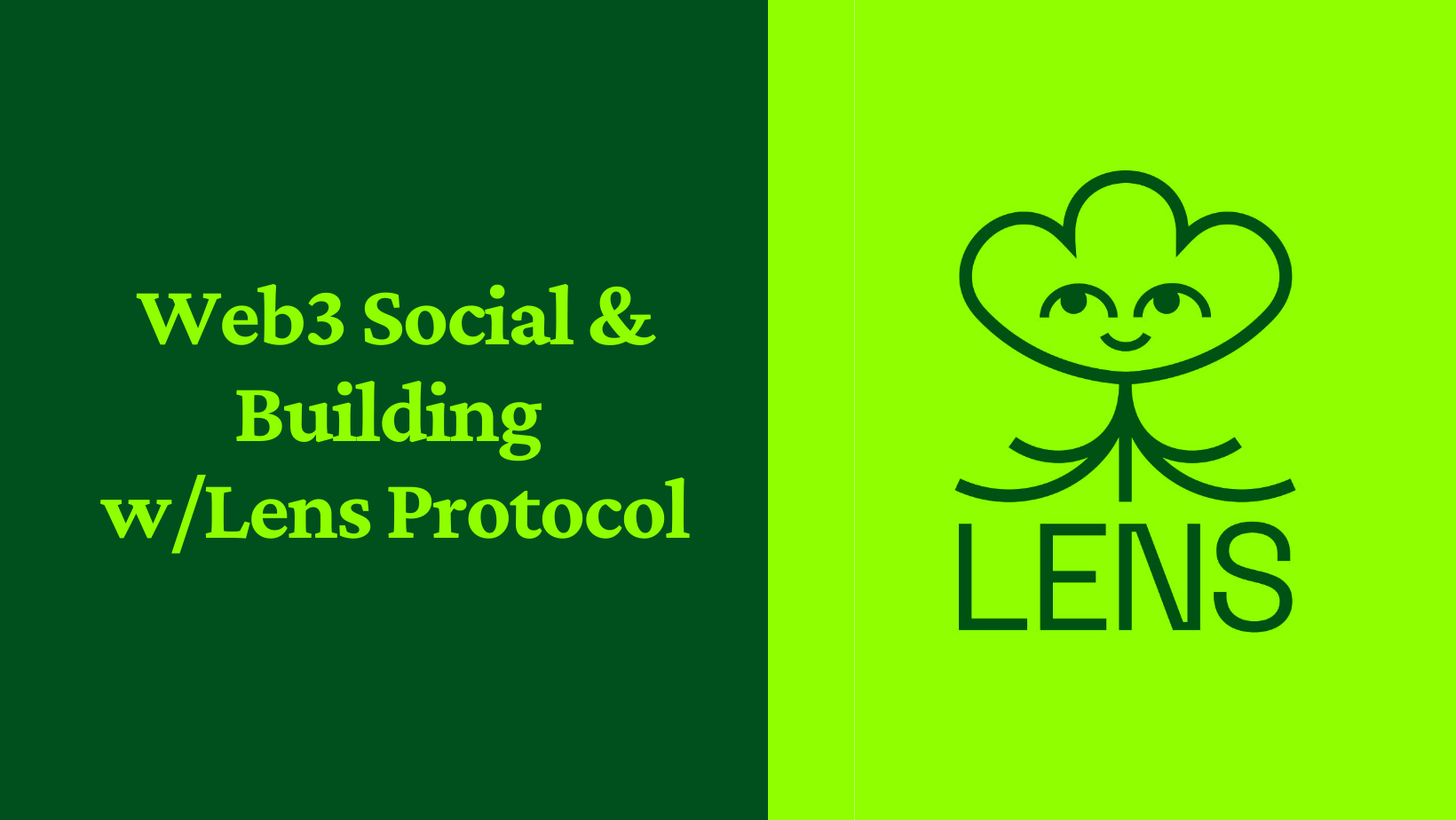 Lens Protocol is described as a blockchain-based open-source social graph that is developed to restructure the future of social media concepts in the decentralization and Web3 era. Unlike the Web2 social media platforms like Facebook and Twitter that utilize social graphs to create links among users of social network platforms primarily in a centralized manner, Lens Protocol is permissionless and composable.

Thus, the Lens platform enables creators to “own their digital roots” and allows people to fully own the links between the communities and themselves. Thus, Lens Protocol development resulted in the emergence of a decentralized social graph owned entirely by users. It gives users control of their information and links while offering multiple features to monetize their content.

In that context, Lens Protocol development resulted in the emergence of the decentralized social graph that users fully own. This gives them back control of their links and information and offers features to help monetize their content.

Lens Protocol was launched in early 2022 and it gained lots of attention in the blockchain and crypto spaces due to the social networking product’s revolutionary nature and the well-known Aave (AAVE) team developing it.

As a branch of one of the considerable lending platforms in the Ethereum network, Lens Protocol aims to address major flaws in the current social media environment, which it does successfully, slowly gaining a base of dedicated users of a Web3-ready community.

How Does Lens Protocol Operate?

Lens Protocol’s social graph is well established via a graph database (GDB). These databases use graph structures that have individual nodes, and edges as link points between them, places, things, and other properties to store data. The graphs show network members and the relationships between them.

Nonetheless, Lens Protocol’s smart contracts-based social graph differs from the general centralized social media graphs because, in the second case, access to the data is available just for the centralized services. Particularly, users, third parties, and projects that may want to link with the service do not have any access to it.

Profiles, content, and links are locked up and kept by the centralized network operator. Moreover, it is known that any of the centralized services might lightly become a single point of failure when the single server becomes inaccessible.

Furthermore, unlike the structure of centralized services, which cannot get customized, the flexible design of Lens Protocol is based mainly on modularity concepts, enabling the latest features and fixes to get implemented and, concurrently, securing social relationships and user-owned content. Lens Protocol is powered by the Polygon (MATIC) eco-friendly proof-of-stake (PoS) blockchain.

It is also compatible with crypto wallets like Gnosis Safe, MetaMask, and Argent, stimulating interoperability across the platforms.

Two main concepts make the Lens Protocol world distinct: modularity and nonfungible tokens (NFTs). Establishing users’ profiles as nonfungible tokens is central to the protocol. With that, Lens Protocol’s decentralized social network users are empowered to develop, maintain, and fully own their content and profiles represented through NFTs, while Polygon’s low-fee layer 2 scaling solution stores all the data.

Such infrastructure assists in the transfer of full rights and complete ownership of content into the hands of the platform users. Any content published, whether a picture, a text, or a change of avatars is available on-chain.

On the other hand, modularity as a system property describes innovation, availability, and connectivity. This means that the Lens Protocol’s social graph is open to all the creators who are willing and ready to recommend and implement new components.

Concurrently, community members can consider whether to endorse these users agreeing upon which components to incorporate in the most decentralized and open manner. Because of these mechanisms and no central actor controlling the information, new social media networks can emerge, and help maintain freedom of speech. 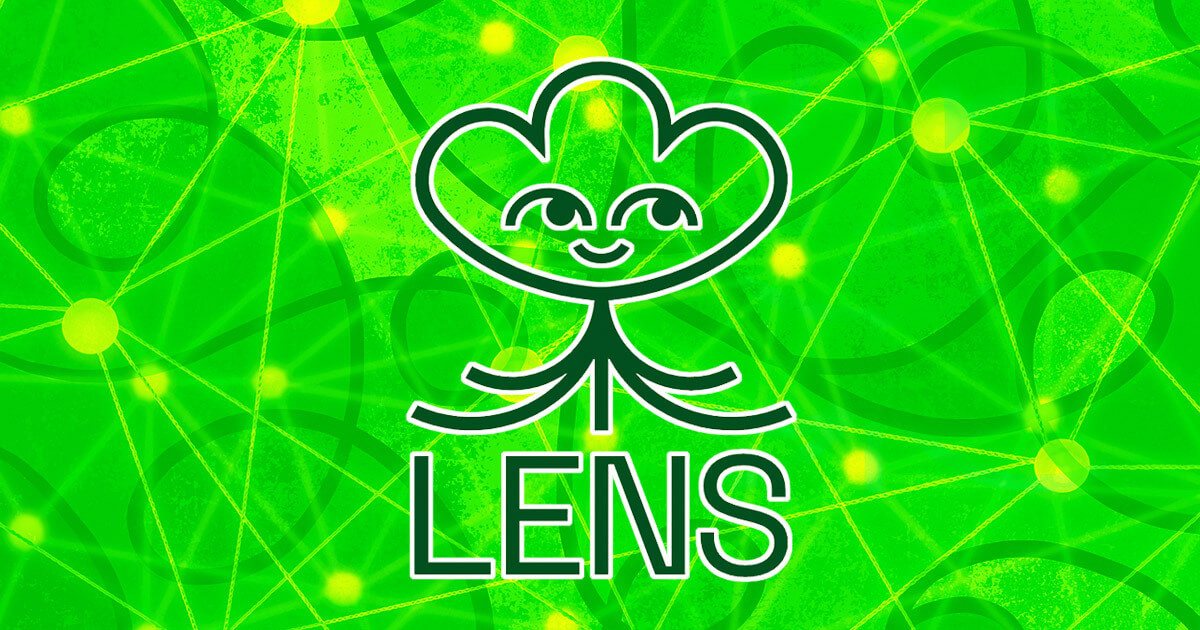 The protocol’s benefits lie at its core foundation and the Web3 principles. First, Lens Protocol’s permissionless independent network develops a censorship-resistant environment that cannot be interrupted. No third party, including centralized authorities, could eliminate or censor any content or ban any profile.

With it, Lens Protocol users own their content and data and can use them in any social media platform or dApp built on top of the protocol. Moreover, building a full-fledged Web3 social platform with Lens Protocol is possible. Lens Protocol-based applications benefit from the thriving ecosystem and profit from the protocol’s modularity and readily customized features.

Drawbacks That Come With Lens Protocol

Despite the many benefits that come with Lens Protocol, there are a few shortcomings involved and they should not be ignored. Blockchains are mostly restricted in the amount of on-chain storage capacity, and in that context, not all content and nonfungible tokens are stored on that level and need another viable storage solution.

Lens Protocol publications have an exclusive ContentURI referring to the content the publications contain, whether it is an image, a text, or a video. All the original files are stored in distributed file storage systems like ArweaveArweave, IPFS, and providers like AWS S3. Hence, any user’s content can be manipulated.

The storage challenge is majorly connected to security issues. In case the original files are not recorded on a blockchain, they may get damaged or lost. Additionally, there is a risk of smart contracts and nonfungible token maintenance as there are a few scenarios where cybercriminals and hackers can attack decentralized finance (DeFi) networks.

How To Use Lens Protocol

Lens Protocol’s design replicates the functionality of social media in a Web3 context and on the grounds of nonfungible tokens, blockchain technology, and smart contracts. Therefore, the network’s users have profiles, they can share, post, and comment on various types of content and follow profiles of opinion leaders, relatives, and friends.

A Lens Protocol user’s journey starts with the development of the Profile NFT. Ownership over this nonfungible token enables users to add content, links, and communicate with others and gives the users control over their data. Particularly, the Profile NFT has the history of all the users’ reposts (mirrors), publications, comments and all other content generated.

The Profile NFT features a unique Follow feature that enables users to track other profiles. While operating on the Lens Protocol, it varies slightly from the same option in traditional Web2 social media. That logic enables a variety of accounts to mint the Follow NFTs to record all their connections. Whenever the Lens Protocol users follow a profile, they are provided with a Follow NFT that developers and communities can encode with extra value. Notably, the Collects feature enables Lens Protocol users to monetize their content. That way, they set a Collect option when posting a publication to their Profile NFT. As developers wholly own their content through the Lens Protocol, they can let their followers buy it under the conditions entirely determined by the original developer.

The integral part of the Lens Protocol is modules. It refers to smart contracts with code running under particular conditions. Lens Protocol modules enable users to introduce unique, customized functionality on features like Collect, Follow, and Reference, including the interaction with other users’ content, comments, and mirrors.

Related:How To Write An Ethereum Smart Contract With Solidity

The Future Of Web3 Social Media

In the 21st century, people are using social media all the time and everywhere, although social networks are filled with cons in their centralized version. The major challenges affecting the current social media space are the lack of enough rights to users’ data since the content that users generate does not belong to them.

Censorship also affects the ecosystem which means that the platforms have the right to censor any information or ban profiles that do not comply with their policies. The advantages of Web3 and blockchain for social media are not clear. They can have a considerable impact by providing new patterns of ownership and customization.

They increase the revolution that is now led by Lens Protocol’s community-owned social graph and similar projects within the social media space. They empower their users and provide them with enough control and the ability to determine how they want their social graph to be monetized and built, bringing significant influence to the communication paradigm.