LONDON, Oct. 07, 2021 (GLOBE NEWSWIRE) — Recently, Inery Blockchain (supported by ‘FINTECH VENTURE AG & LTD’) has released its decentralized storage and database solution. A new blockchain is being launched known as INERY — a Switzerland-based project that is built to help secure data with the power of Blockchain technology. Inery is being supported by Fintech Ventures, and it is crucial to note that they have recognized great potential in the Inery Blockchain and they’re supporting its unique idea on which this project is built for decentralization. More so, with long experience in finance, technology, especially DeFi, Fintech Venture sees a good long-term cooperation with the Inery Blockchain project. Inery blockchain enables all users to analyze, store, and transmit data locally from a server and remotely by API services. Most blockchains and databases don’t address the user’s data’s low latency, security, and privacy, but Inery presents a distributed database whose blockchain utilizes blockchain to decentralize data while assuring safety and reducing data breaches.

Therefore, it is not wrong to say that Inery is an ideal solution for many businesses around the globe that want to benefit from decentralized blockchain technology. Unlike its competitors, Inery eliminates the issues many blockchains have to deal with to this day. 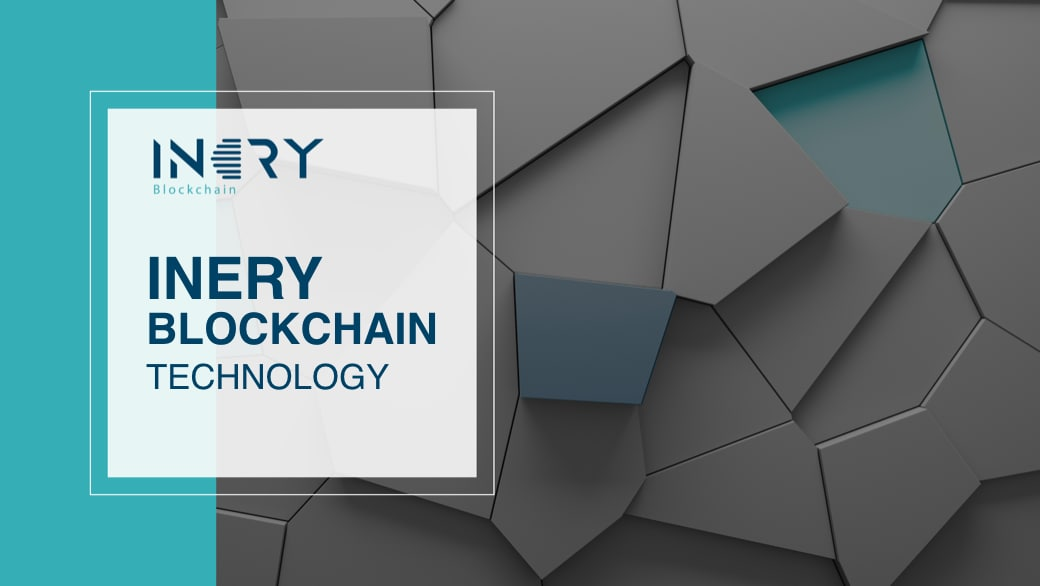 Blockchain is a peer-to-peer distributed ledger with a growing list of immutable records, called blocks, cryptographically linked across the nodes. Each block carries a cryptographic hash of the previous block as well as transaction data. Blocks have specific storage capacities and, when filled, are chained onto the previously served block, forming a chain of data known as a blockchain. Blockchains are decentralized, secure, immutable, and extremely fault tolerant making them suitable for record management activities, i.e., financial transactions, identity management, provenance, and authentication.

Inery is a blockchain built to address database decentralization. It combines blockchain technology and distributed database properties. With particular emphasis on Value contracts, which represent immutable records of data ownership, and its sophisticated security enhancements and storage optimizations, the Inery blockchain is a perfect match for users seeking maximal security and performance of their applications. Moreover, it provides a safe and cost-friendly solution if something happens to the data on a central server. With Inery security enhancements, it is easy to assign and manage different users’ roles and responsibilities. The improved storage management enables reduced storage capacities due to high-performance compression algorithms incorporated into Inery blockchain.

Inery blockchain is a decentralized database that splits workload among multiple machines and uses sophisticated algorithms to balance incoming and outgoing requests for the best response time. It’s a perfect option to be considered when more data needs to be stored in a database that can be physically saved on one physical machine. Unlike conventional databases, there are no central servers where data can be held by one single entity. Inery blockchain ensures that third parties are not relevant in the system. Everyone in the network owns the information. Information can be changed by the private key of a required account, but all information is visible to everyone on a blockchain.

A decentralized distributed database like the Inery blockchain will not only decentralize the existing database but also significantly improve business by securing the safety and integrity of projects and eliminating every challenge associated with a single point of failure.

Inery blockchain serves as a container to transparently view and query several other databases through a uniform API that culls from multiple sources as if they were a single entity. These databases are connected via a computer network and then accessed as if they are from a single database. Its goal is to view and access data in a unified way without needing to copy and duplicate it in several databases or manually combine the results from many queries. Thus, it can also be called a federated database.

As opposed to a centrally located server operated by a single company or organization, Inery has decentralized storage systems that consist of a peer-to-peer network of user-operators who hold a portion of the overall data, creating a resilient file storage system sharing.

All data can be compressed into text files. Compression of the data will significantly reduce the amount of storage that files can take up. It also speeds up file transfer and reduces resource costs. Storage in the Inery blockchain is expressed in Blockchain Storage Units (BSU). The integrity of the network is maintained by node distribution and upfront established rules for becoming a node in the network.

The basic comparison between Inery Database and Traditional Central Databases

Inery aims to provide a secure and trustworthy means of storing data, where users and businesses have complete control over their invaluable information. Inery is a Switzerland-based project powered by First Media Advance AG. The Inery team is a relatively small group of professional enthusiasts, brought together with one common goal – to make a mark in the technology world landscape by creating a decentralized storage space accessible to everyone. Inery blockchain is a decentralized data storage network that gives users and businesses peace of mind to keep their data safe.

Fintech Venture is a venture capital company from the UK that supports projects with know-how in the financial sector. In fact, they aim at supporting startup and blockchain projects — they actively work on them, add value to them and even encourage their growth.