COTI Blockchain is a platform that incorporates different features to set up a better payment system. Cryptos are among the most popular investments and trading vehicles of this century. Whether you are only getting started with the crypto space or already trading with them, you might know that there are thousands of cryptos available in the current market.

Each of these cryptos has its unique features and purpose. So, how does the COTI blockchain relate to the crypto sector?

COTI is an abbreviation for “currency of the Internet.” It is a decentralized network that supports instant peer-to-peer transactions without a middleman or third-party involvement. COTI utilizes a unique consensus algorithm known as Trustchain which is designed to be secure, scalable, and efficient.

So far, it is evident that COTI has been successful. It has an ever-growing community of developers and users, and the platform is being utilized by some of the biggest firms in the world.

COTI is described as a blockchain-based protocol that supports the creation of digital currencies with many features and benefits. The COTI network employs a unique consensus algorithm that is designed to be highly secure and scalable. It also provides many other innovative features, including low fees, instant transactions, and support for many languages.

The COTI team has developed many services and applications that make it considerably easy for individuals and businesses to use the COTI network. They include an exchange, digital wallet, and payment platforms. These developers are also building more applications to let users create their digital currencies and several other innovative features.

COTI blockchain strives to offer people and businesses a simple and highly efficient way for businesses and individuals to build their digital currencies. This team is dedicated to offering a high level of scalability and security.

Related: 4 Blockchain Trends for 2022 and Beyond

COTI developers consist of experienced professionals that come from different fields, including cryptography, blockchain technology, and software engineering. This team is based mainly in Israel and it has operational offices in the UK, US, and Singapore. This team’s mission is to offer a better way to pay and get paid.

Some of the key members in this team include:

On its part, Proof of Trust is used in the assessment of the trustworthiness of the participants in the network. COTI utilizes a directed acyclic graph (DAG) instead of a traditional blockchain. A DAG is a data structure that supports more efficient and scalable transactions.

With COTI, every transaction is confirmed by two previous transactions. This integration develops a more efficient and secure network of trust than the traditional blockchains. The COTI platform also supports a native currency called the COTI coin. This coin is used in the payment of transaction fees on the network.

Related: Spell Token: What Is It And How Is It Related To Abracadabra Money?

Transactions on this network are cheap and fast. Fees are paid in COTI coins and are used to incentivize participants to confirm the transactions. The COTI blockchain is well-designed to be scalable to handle large transaction volumes. This platform can process 10,000 transactions every second. Moreover, it is user-friendly. It comes with a built-in wallet and an easy-to-use interface. It provides various features like 0% fees, instant payments, and merchant solutions. Proof of Trust is a unique consensus algorithm at the center of the COTI network. It ensures that trust scores are calculated and assigned to the nodes in the network, hence creating a decentralized Trust Score Infrastructure (TSI).

The network utilizes the TSI to discover the more trustworthy nodes and those that need to be accorded more weight in the validation of transactions. It guarantees that only the nodes with high trust scores can validate transactions on the network. Low trust scores warrant a relegation to the less important roles like approving transactions through staking and committing storage resources.

PoT algorithm is designed to be fork-resistant. This means that it can never be manipulated by any one entity or group of entities. Instead, it heavily relies on the collective judgment of all the network participants to function seamlessly and correctly. In that context, the COTI network is quite resilient to attacks and guarantees that it can mostly reach consensus even in the wake of network disruptions.

Notably, the PoT algorithm is also perfectly designed to be scalable. Thus, it can support a huge number of transactions per second (TPS) without compromising on decentralization or security. COTI’s Trust Score Infrastructure (TSI) is an integral building block of the Internet of Trust that is COTI’s vision for the creation of a new trust-based economy that is powered by blockchain technology.

The TSI ensures that trust scores can be calculated and assigned to service providers, merchants, users, and other entities active in the network. This network utilizes these trust scores work to determine what entities are highly trustworthy and need to be accorded more weight in the authentication of transactions.

This guarantees that just the entities with high trust scores can validate transactions and that the low trust scores are relegated to the lesser roles like approving transactions through staking and committing storage resources.

The TSI calculates dispute resolution fees that are paid to the entity that successfully resolves a dispute between two parties. COTI network is powered mainly by its native COTI coin that is used in the payment of dispute resolution fees and transaction fees. That platform also has its in-built wallet, called the COTI Pay Wallet used for storing, sending, and receiving COTI coins.

The COTI network is live and operational and is now used by several merchants and service providers. COTI’s biggest goal is to offer a trust-based network for the global economy.

MultiDAG Layer comprises a set of DAGs with each of them representing a data dependency graph. The MultiDAG Layer ensures that data is organized into many DAGs, each of which can be independently updated and queried.

Interestingly, the MultiDAG structure lets every transaction have a unique path through the DAG, which gets rid of the need for blocks making these transactions almost instantaneous. This also enables the network to process an unlimited number of transactions every second.

30% of COTI was sold in its pre-launch private token sale and subsequent public sale. After the launch, the tokens went live in May 2019. 10% was given to COTI’s advisers while another 15% of the tokens were sent to the team members for their early involvement in the project. The other 45% of these tokens were reserved for liquidity reserves and incentives.

The platform’s other native currency Trustcoin (TCH) fuels transactions and powers the network. Trustcoins are mined via staking that needs users to lock up their tokens to validate transactions on the network. In return, the stakers earn rewards that come in the form of a new TCH.

Related: Staking Will Turn Ethereum Into a Functional Store of Value 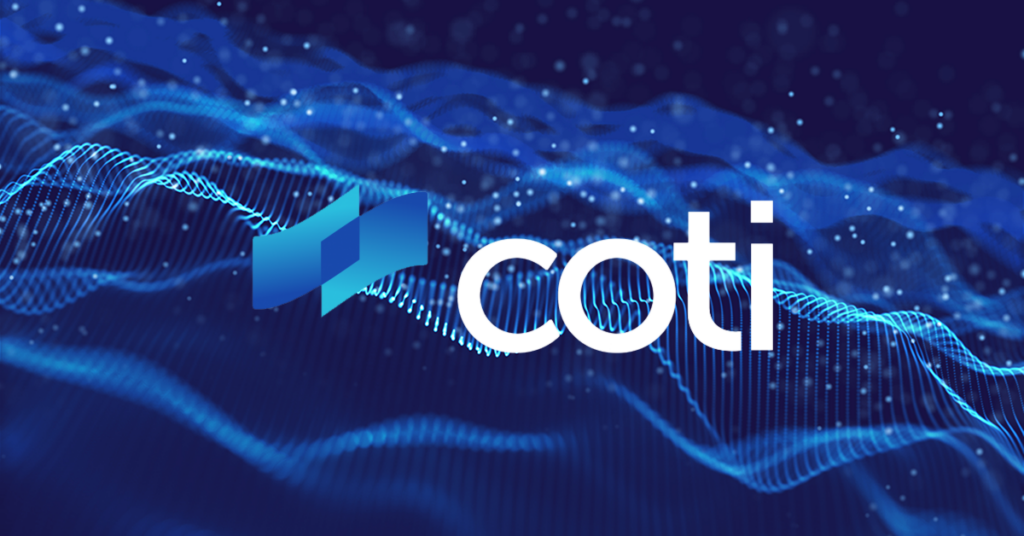 COTI’s technology can be used in streamlining the payment processing space by reducing costs and increasing efficiencies. Moreover, it can help in facilitating cross-border payments that are now slow and expensive.

The COTI blockchain can also be used to make peer-to-peer (P2P) payments rapidly and readily as well as streamline the B2B payments that are most complex and slow. The in-game purchases and other gaming-related payments can be facilitated by COTI too.

COTI’s benefits for the merchants make it the ideal choice for businesses of all sizes.

COTI blockchain supports trustless and secure digital transactions. It offers a decentralized, scalable, and user-friendly platform for individuals and businesses to send and receive payments. The platform’s unique features include the Trustchain consensus algorithm that enables it to process thousands of transactions per second and the DAG-based data structure that makes it more scalable than the traditional blockchains.

Furthermore, COTI blockchain has an in-built tokenomics system that incentivizes all users to participate in the network and assists in stabilizing the price of the COTI coin.