Apecoin is a new ERC-20 token that is gaining popularity. Out of everything that is stealing the limelight in the NFT world, the Bored Ape Yacht Club (BAYC) together with the related collections are maybe the most prominent.

They consist of bored-looking apes that might be customized to the smallest detail according to the buyer’s taste. The seemingly-ordinary looking artworks seem to have attracted massive attention. Some of them even sold for hundreds of thousands of dollars with a client list that includes Eminem, Justin Bieber, Jimmy Fallon, and many others.

Currently, the buzz around BAYC does not seem to be fading anytime soon. One of the governance and utility tokens that serve the Bored Ape Yacht Club and related communities is ApeCoin (APE). ApeCoin is described as a digital asset and crypto powered by the Ethereum blockchain. It is primarily used to power the ApeSwap decentralized exchange and can be used to trade various assets, including other cryptos, fiat currencies, and commodities. The APE coin has a fixed supply of 1 billion tokens and is trading on many leading crypto exchanges, including OKEx, Huobi, and Binance.

ApeCoin was developed to offer a simple, secure, and efficient way of trading digital assets. The decentralized crypto supports instant, near-zero cost payments to everyone.

Contents hide
1 What Is ApeSwap?
2 The Origin Of ApeCoin
3 How ApeCoin Operates
4 The ApeCoin Ecosystem
5 APE Use Cases
6 Pros And Cons Of ApeCoin
7 Bottom Line

The ApeSwap platform is a revolutionary new decentralized exchange (DEX) and automated market-making system. The platform lets you swap, farm, hold, and purchase cryptos all on the BSC network. Current exchanges can be quite clunky and frustrating to use, so the team created an easy-to-use solution for users of all skill levels.

With ApeSwap’s user-friendly interface, you will never have to worry about losing crypto assets once more. ApeSwap was developed to offer a simple, secure, and efficient way to trade digital assets. The exchange is built on the Ethereum blockchain and uses smart contracts to facilitate trades.

ApeCoin is mainly used as the native currency on the crypto exchange and can be utilized in trading various assets, including commodities, cryptos, and fiat currencies.

The Origin Of ApeCoin

ApeCoin (APE) was developed in January 2022 by Yuga Labs. The project was created to reward users for participating in the Bored Ape Yacht Club (BAYC) NFT collections. It also can be used as a currency on the Ethereum blockchain. ApeCoin developers include experienced individuals and entrepreneurs who have been involved in creating other popular projects including Meebits and CryptoPunks.

This project was created to respond to the growing interest in nonfungible tokens and the lack of options for investing in them. ApeCoin lets users invest in different NFTs without buying them directly. Instead, the users can buy ApeCoin which can then be utilized in the investment of other NFTs. That gives the users a method of diversifying their investments without putting all their investments in one basket.

ApeCoin has a cumulative supply of 1 billion tokens and is controlled by the community. The ApeCoin DAO is a decentralized organization that enables the APE holders to vote on governance decisions that are related to the token.

The ApeCoin roadmap features plans to launch a decentralized exchange and a marketplace for NFTs. Notably, the team is working on a mobile application that lets users manage their investments and portfolio.

APE is an interesting project that has lots of potentials. It offers the much-required investment solution in NFTs and has a thriving community behind it. With this roadmap and plans for the future, ApeCoin is a project that everyone should watch out for.

Initially, the ApeCoin developers aimed to set up a system that would track and manage digital assets more efficiently and securely than any other existing system. To achieve all that, they designed ApeCoin to be extremely fast and highly scalable. Furthermore, they implemented several security features to protect the users’ assets from loss and theft.

The ApeCoin developers are working on increasing the functionality of the ApeCoin system. Later, they plan to add support for extra asset types, including real-world assets and fiat currencies. Moreover, they hope to make the platform easy to use and more user-friendly.

This project is still in its early stages. However, the team has already made considerable progress toward its goals. In the future, APE will revolutionize the way that digital assets are traded and managed. 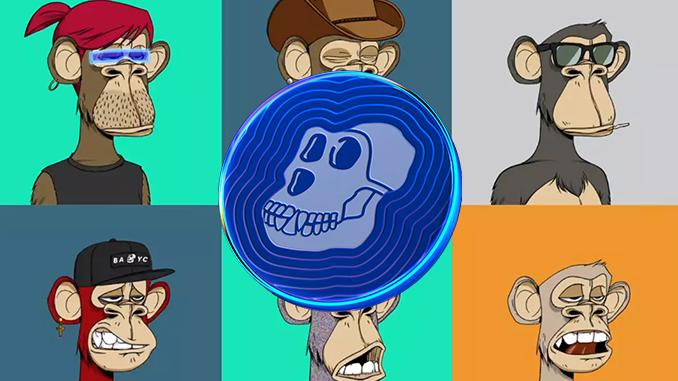 ApeCoin is decentralized crypto that supports instant, near-zero cost payments to anyone. It is underpinned by the ApeCoin blockchain, a distributed ledger that fully records all the transactions made on the network.

ApeCoin has a block time of 60 seconds, meaning that a new block is added to the blockchain every minute. Notably, the ApeCoin blockchain has a cumulative supply of 21 million APE tokens. The block reward is set to be halved after about every four years once 210,000 blocks are added.

The APE network is perfectly designed to be scalable to enable it to handle a huge number of transactions. Its blockchain uses a technique known as sharding that lets the network be partitioned into many shards. Every shard processes transactions in parallel, which makes the ApeCoin network more efficient and scalable.

The developers are committed to offering secure and easy-to-use crypto available for everyone.

APE is a decentralized, peer-to-peer digital currency that allows instant, near-zero cost payments to any person in the world. It is an open-source network that has a strong community that assists in the building of the APE ecosystem. The ApeCoin community has proven to be passionate about bringing blockchain technology to the general population and the team is working on multiple projects to make it happen.

ApeCoin is, therefore, a community-driven project that has a strong focus on privacy, decentralization, and security. Its blockchain is powered by the ApeCoin Protocol, a notable fork of the Bitcoin Protocol. The protocol offers many enhancements over the Bitcoin protocol, including boosted privacy, increased transaction speed, and enhanced scalability. It can also process smart contracts.

The ApeCoin blockchain is fully secured by decentralized nodes powered by the ApeCoin software. These nodes work together to authenticate and confirm transactions on the blockchain. The community works on multiple projects to introduce blockchain technology to the masses including a mobile wallet, a decentralized exchange, and a point-of-sale system.

Related: Blockchain Technology and the Economies of the Future

The project is an open-source platform that has a strong community that is creating the APE ecosystem.

ApeCoin can be used in several cases:

Pros And Cons Of ApeCoin

APE is crypto developed to become the standard currency for the ape network. The team behind ApeCoin is convinced that by doing this, they can offer a more stable and secure financial system for the apes.

APE comes with other advantages compared to traditional fiat currencies. For instance, APE is not affected by inflation because there are a fixed number of coins in circulation. It means that your savings are not eroded over time by inflation.

Related: Art as an Asset: Will NFT’s Help You Survive Hyperinflation?

The platform is designed to be very secure. This team behind the project has implemented several security measures, such as a secure wallet and two-factor authentication. Nonetheless, some shortcomings come with using ApeCoin. For instance, it is not yet accepted widely. Hence, you might have challenges finding places to spend it. Moreover, the value of APE can be quite volatile, so you might have to monitor your investments closely.

In general, ApeCoin is a possibly interesting investment, but it is crucial to do some background research before deciding whether or not to invest.

ApeCoin is a new crypto that has the possibility of revolutionizing the way we thrive in the digital space. Using blockchain technology, APE offers an innovative and unique solution to the problem of data security. With the built-in wallet and user-friendly interface, APE makes it easy for anyone to receive and send payments without a third party.

The project’s unique approach to data security means that information is always secure and safe. With all these features, ApeCoin can change the way we use the internet and may revolutionize the way we interact in the digital world.ApeCo

Dogecoin (DOGE) $ 0.067361
We use cookies to personalise content and ads, to provide social media features and to analyse our traffic. We also share information about your use of our site with our social media, advertising and analytics partners who may combine it with other information that you’ve provided to them or that they’ve collected from your use of their services.
Accept
Read more
Change Settings
Cookie Box Settings
Cookie Box Settings