The second week of 2023 has been interesting for the coins with Ethereum, Bitcoin, and Solana recording significant gains. But, looking closer, the market’s major winners are the liquid staking tokens, also known as the “liquid staking derivatives” (LSD).

Tokens behind projects like Rocket Pool (up 23.3%) and Lido Finance (up 50.3%) have exploded in the past several days. It is believed that they are surging because Ethereum developers are getting ready for a major upgrade to the network: Shanghai.

Since executing the merge in September 2021, Ethereum has shifted to a proof-of-stake (PoS) consensus mechanism. Hence, no more power-hungry mining machines exist today. They were replaced by the so-called validators. Miners and validators do the same thing, validating transactions and guaranteeing minimal on-chain mischief happens.

Yet, validators can be distributed better than miners because of their lower cost of maintenance and capital. Instead of needing to purchase a multi-million-dollar mining farm in Siberia and hiring a team of engineers to ensure the miners run non-stop, all one needs to become a validator is 32 ETH and the skill to keep one node linked to the Ethereum network always. 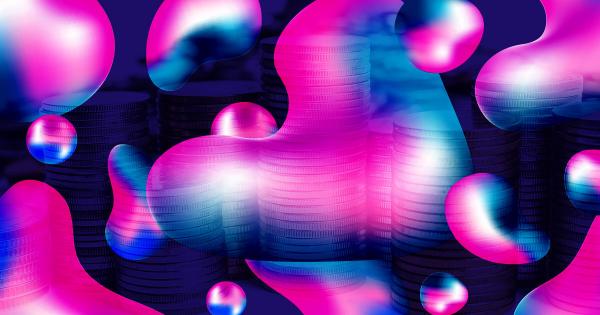 Liquid staking derivatives (LSD) like Lido and other similar protocols are described as a stratum for cartelization and pose massive risks to the Ethereum protocol and all associated pooled capital when surpassing critical consensus thresholds.

Related: What Are the Security Worries With Ethereum?

Capital allocators need to be aware of the risks to their capital and allocate funds to alternative protocols. LSD protocols need to self-limit to avert cases of centralization and protocol risk that can eventually destroy their product.

Protocols that provide liquid staking derivatives like Rocket Pool and Lido, may undermine Ethereum’s integrity after its shift to proof-of-stake, as highlighted by a researcher at the Ethereum Foundation.

In case a protocol was to stake most of the Ether in circulation, it would become vulnerable to censorship regulations, demands, and many other cases of abuse of power that blockchain technology was designed to circumvent. Danny Ryan published a blog post titled “The Dangers of LSD.” The report said:

“Liquid staking derivatives (LSD) such as Lido and similar protocols are a stratum for cartelization and induce significant risks to the Ethereum protocol and to the associated pooled capital when exceeding critical consensus thresholds.”

When Ethereum completed its transition to the proof-of-stake consensus mechanism in 2022, its security has since then been guaranteed by ‘validators’ who stake their Ether to the network, enabling them to run block-producing nodes and, in turn, earn staking rewards.

But, staking Ether prevents the validators from using it in other, possibly more lucrative ways. Although stakers are compensated in Ether, miner-extractable value, and transaction fees, they might get better returns on their Ether by depositing the funds in high-APY DeFi protocols.

Liquid staking derivatives provide a solution to the conundrum. Ether holders can pool their Ether in a protocol that operates validators on their behalf. The holders are assigned protocol tokens that are meant to represent their staked ETH, and the tokens can be utilized in other decentralized finance protocols as if they were Ether.

Although current LSD protocols like Lido have room for improvement, there are inherent issues that arise when they surpass consensus thresholds.

In extreme cases, in case an LSD protocol surpasses critical consensus thresholds like 1/3, 1/2, and 2/3, the staking derivative can gain excessive profits compared to the non-pooled capital because of block-timing manipulation, coordinated MEV extraction, and/or censorship – the cartelization of block space. In that case, staked capital gets discouraged from staking elsewhere because of excessive cartel rewards, self-reinforcing the cartel’s hold on staking.

LSD protocols can help reduce upgradability, governance, and other risks in the long term. However, the question of ‘who’ qualifies to be a part of the Node Operator (NO) persists. This lever is the main cause of cartelization.

Determining ‘who’ gets to be a NO depends on two questions – who is included in the set and who is eliminated from the set. That can be designed in one of two ways in the long term – either through governance (a coin vote) or through an automated mechanism surrounding reputation and profitability.

Option 1: Governance Of The Node Operators

In the former – governance deciding Node Operators – the governance token (e.g. LDO) becomes a major risk to Ethereum. In case the token can determine who can become a node operator in the theoretical majority-LSD, then the token holders can compel cartel activities of censorship, and multi-block MEV, or else the NO is eliminated from the set.

Notably, the enforcement of economically monopolistic activities just enhances the token’s control over the NOs. if the token exercises its monopoly to record excessive profits via a destructive mechanism, then, in extreme cases, node operators would not be as profitable when operating independently. Hence the governance token deciding NOs can turn into a self-reinforcing cartelization and abuse of the Ethereum protocol.

Governance deciding node operators has another unique risk: regulatory censorship and control. When pooled stake under one LSD protocol surpasses 50%, the pooled staked achieves the ability to censor blocks (and worse case at 2/3 because of having the ability to finalize these blocks).

In the case of a regulatory censorship attack, we now have a unique entity – the governance token holders – that a regulator can request for censorship. Subject to the token distribution, it is possibly a simpler regulatory target than the Ethereum network in general. Notably, DAO token distributions are quite terrible with only several entities deciding most votes.

In any form of token governance control over a majority LSD, we therefore rely heavily on the benevolence of the DAO, or nonetheless control is highly structured. Relying on the entity’s anonymity, benevolence, or geographical distribution to avert attacks is not safe, and might not be sufficient in the long term.

In an alternative design – reputation and economic-based NOs – we end up in a similar and automated cartelization. First, joining the set would need time and capital (put some ETH on the line, similar to rocketpool design, and gradually show profitability and enjoy more pooled ETH allocation).

Although the joining of the set needing money and time might make it challenging for new entrants, it is not the real cartelization vector there. Instead, it is the requisite automated elimination of node operators if they do not perform to reach some of the profitability standards. 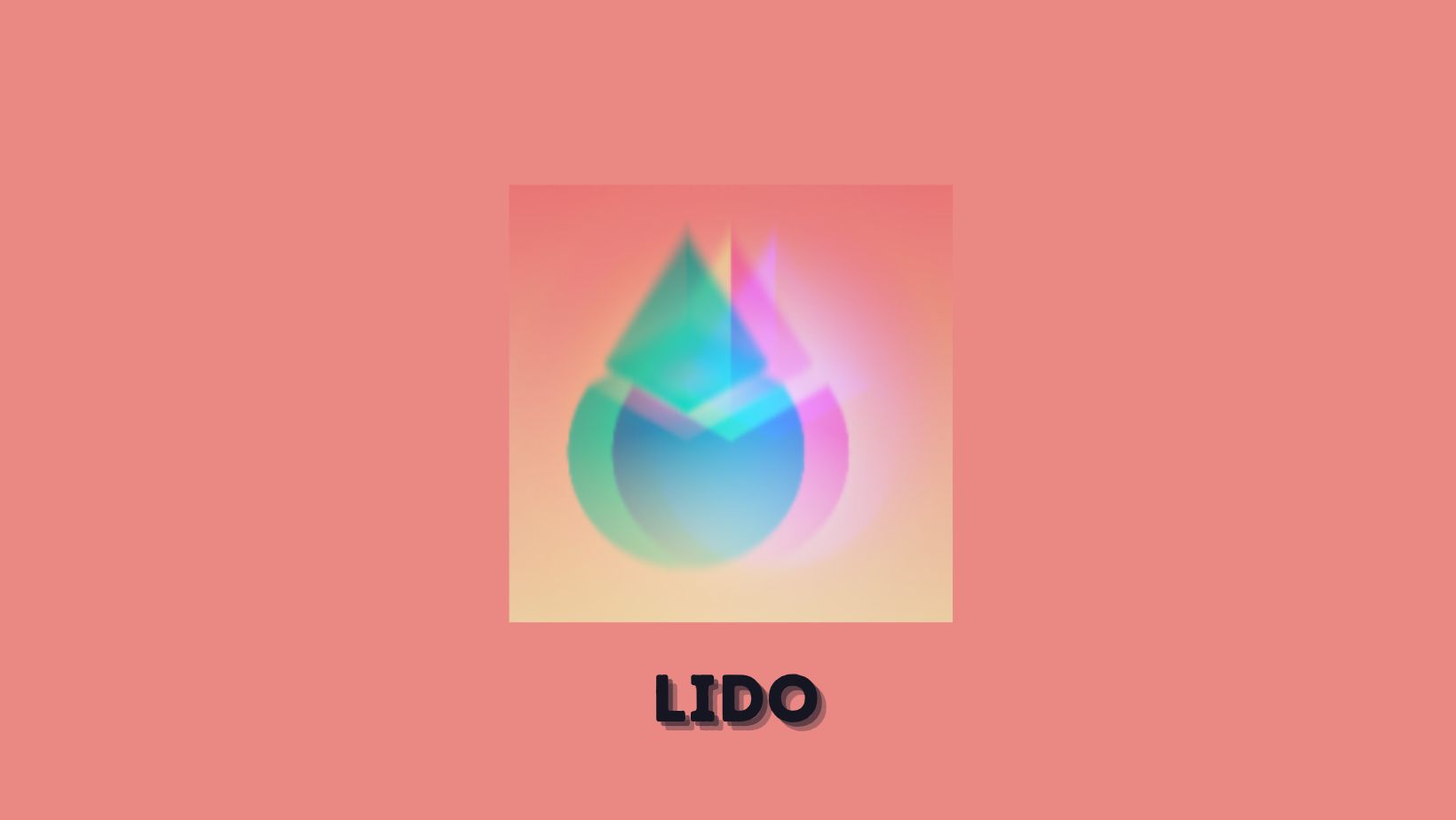 Considering the unpredictability of MEV/TX rewards and the importance of MEV rewards to profits in the long term, this has to be a dynamic and a comparison over some time to the other validators and operators. The system cannot be designed to have some absolute metric – has to make X in TX fees – due to the high variance in the economic activity of the infrastructure over time.

The profitability comparison metric functions perfectly whenever all operators are using ‘honest’ methods, but in case any amount of the NOs defect to using destructive methods like multi-block MEV or adjusting block release times to capture a lot of MEV, then they impact the profitability target like honest node operators will, in the end, get removed automatically if they do not come in on the destructive strategies.

It means that in either strategy – governance of NOs or economic ejection/selection – such a pool surpassing consensus thresholds becomes a major stratum for cartelization. It could be a direct cartel by governance or it is a destructive, profitability cartel via smart contract design.

Some insist that liquid staking derivatives (LSD) ETH holders might have a say in the governance of their underlying LSD protocol. Therefore, it becomes a safety backstop on what may be a poorly distributed, plutocratic token.

It is crucial to note that ETH holders are not by definition Ethereum users, and in the long term, there are majorly more Ethereum users than ETH holders. These are people having ETH held beyond the amount required to facilitate TXs.

This is an important fact that informs Ethereum governance – there is no on-chain governance granted to Ether holders or stakers. Ethereum is the protocol that the users prefer to run.

ETH holders in the long term are described as a subset of users, so staked ETH holders are even a subset from there. In the extreme cases where all ETH becomes staked ETH under one LSD, governance vote weights or ejects by staked Ether fail to protect the Ethereum platform for users.

Hence, even if the LSD protocol and the LSD holders are aligned on subtle attacks and capture, users are not and can react.