0Shares
Contents hide
1 In context: While Twitch continues to be the undisputed king of streaming games, other platforms such as Mixer and YouTube Gaming are mounting their own challenges to Twitch’s throne. This seems to have had an impact Twitch’s total viewership numbers as each platform strives to bring in top talent.
2 Related Reads

In context: While Twitch continues to be the undisputed king of streaming games, other platforms such as Mixer and YouTube Gaming are mounting their own challenges to Twitch’s throne. This seems to have had an impact Twitch’s total viewership numbers as each platform strives to bring in top talent.

Over the past three months, Twitch has seen its total hours watched fall from 2.6 million to 2.3 million. This is according to a report from Streamlabs and Newzoo. Meanwhile, Microsoft was able to double Mixer’s user base and even YouTube Gaming saw an increase in watched content. That said, Twitch still saw an overall 12% growth in viewership in 2019 compared to 2018.

One of the reasons for the drop in views is the number of high profile streamers who left Twitch for competing platforms. Tyler Blevins, aka Ninja, kicked off the Twitch exodus when he announced in August that he was going to be streaming exclusively on Microsoft’s Mixer service.

Considering how influential Ninja has been in the Fortnite scene, including getting his own Fortnite skin in the game, this came as a massive loss for Twitch.

Mixer claimed another prominent Twitch streamer a few months later, namely Michael Grzsesiek, aka Shroud. He was well-known for streaming popular shooters such as Apex Legends and Rainbow Six: Siege. Along with Ninja, both garnered over 20 million total Twitch followers. 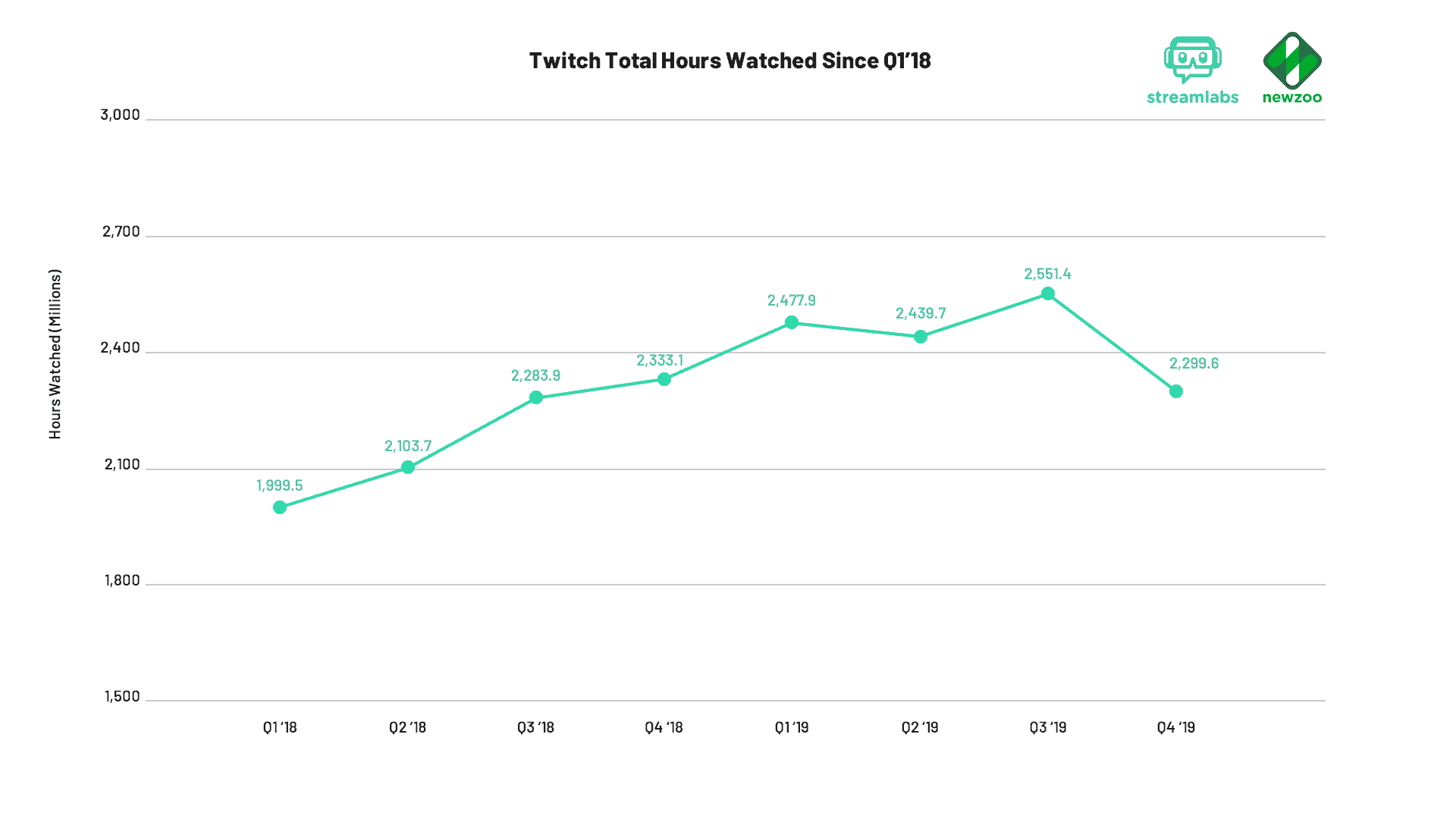 Microsoft is definitely using it’s considerable resources to shore up Mixer as a legitimate competitor to Twitch. According to the report, Mixer doubled its viewership from 2018 to 2019 and has almost the same number of unique streaming channels as Twitch.

Not be outdone, YouTube Gaming garnered a big name streamer, CouRage, to stream exclusively on its platform. Overall, the platform had a 46% increase in hours watch in 2019 and accounted for around 22% market share. TechCrunch points out, however, that the big increase in hours probably isn’t due to any one streamer but from broadcasting esports events.

Twitch remains by far the most popular streaming platform, but Mixer and YouTube are making significant progress in their own right. Even Facebook is trying to make its name known by grabbing a few well-known streamers such as Disguised Toast and Corinna Kopf. Competition is always good for consumers and it looks to only get even better in the future.