Cryptocurrency adoption has been growing over the years. Several countries are now adopting and regulating the use of crypto in the financial sector. Peradventure, we will be enjoying a smoother co-existence between fiat and digital currencies in years to come. 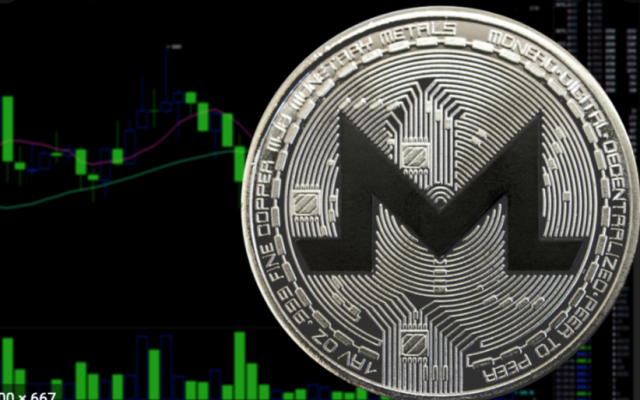 Cryptocurrencies, in general, have one main goal: decentralization as opposed by the regular fiat currency regulated by a central body. However, several currencies have unique characteristics which differentiate them from others.

However, they have one primary common objective. It’s impossible to mention cryptocurrency without having to say Bitcoin is the first of its kind ever. In this same light, it should be noted that bitcoin has every one of its transactions registered on an open-source ledger, a blockchain where every transaction could be monitored.

On the other hand, we have Monero, a cryptocurrency but with a more advanced privacy feature. One of the several advantages of using monero over Bitcoin is privacy. Hence, what is Monero?

Contents hide
1 What is Monero?
2 Difference between Monero and other cryptocurrencies
2.1 Traceability:
2.2 Fungibility
2.3 Easy mining process

Monero is a cryptocurrency like every other currency with no traceability function! It’s mainly used to mask privacy and carry our private transactions. Monero has several trading pairs across exchanges all over the internet.

One of the platforms where you get to uncover several properties of this asset is Evonax. Asides from privacy, monero, like every other cryptocurrency, is decentralized. It’s not controlled by a central body and could be the perfect store of value, especially for institutions on the darkweb.

One of the several sectors where monero is used is in the gambling community. For some countries where gambling is illegal, withdrawals and deposits of assets become pretty impossible. Hence, instead of making use of fiat, most gamblers prefer monero since it’s accepted and could be transferred over the darkweb.

Difference between Monero and other cryptocurrencies

Although cryptocurrencies have general objectives, they also have their unique attributes, and that includes monero. Here are some of the features that distinguish monero from other cryptocurrencies

One of the main reasons monero is so popular on the darkweb is its traceability feature. Unlike bitcoin, every transaction is registered on the blockchain.

The blockchain, however, is open-source. Although bitcoin uses alphanumeric addresses to conceal both receiver and sender identities, it’s possible to pin each transaction coming from one single address to others.

Hence, to an extent, bitcoin transactions could be traced to the sender or recipient if the transaction is bulky or repeated. Monero, on the other hand, has 100% privacy for both sender and receiver. Transactions cannot be traced because of their fungibility, which is also a distinguishing property of Monero from other cryptos.

The concept is relatively straightforward. What this means is that one monero could be substituted with another. So, no vendor could distinguish monero based on recent transactions since they both have similar transaction histories.

If a Bitcoin transaction has had a theft history, it could be traced back to the blockchain to get the source, but it’s never the same with monero. No blacklisting on the monero block since it’s genuinely fungible. It’s one of the properties that put monero on the same level with fiat fungibility.

You don’t need any extra hardware to mine monero. Unlike other cryptocurrencies like bitcoin, where you’d be needing ASCIS before you can mine, monero can be mined from your CPU on any operating system.

Easy mining means you get reduced transaction charges compared to other transactions. You have traceability, fungibility, and an easy mining process. These characteristics

put monero at the top of the charts, especially when privacy is the main needed property. It’s imperative to note that monero became a crucial asset when listed on its first exchange in 2014 with trading pairs enabled. By 2016, monero had had at least six trading pairs making it somewhat a valuable asset.

The price of monero moved 137% from January 2020 to January 2021. Hence, it’s a good investment any Investor or financial institution could invest in. It’s currently on Evonax, where you can trade it alongside fiat and other cryptocurrencies.

Monero has the capability of outperforming other older cryptocurrencies. Gambling is somewhat becoming legalized in some parts of the world, significantly growing its community. This might be the shilling monero that needs to break more resistance and be bullish.