“Is the trend of auctioning NFTs based on scientific data turning into an exciting art fad, a major environmental disaster, or the future of monetized genomics?”

The NFT for a digital collage going by the title ‘Every day’s: The first 5000 days created by an American artist, Beeple, sold for a staggering US$69.3 million in March. 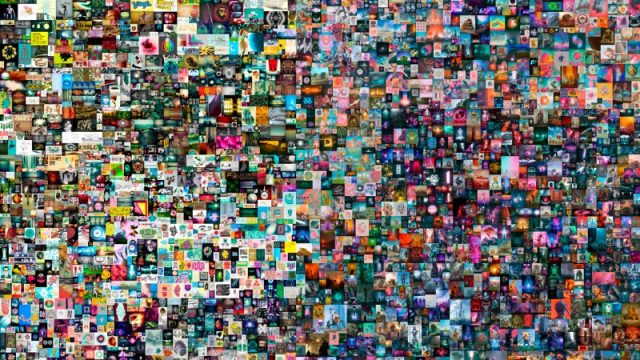 Ranging from music tracks and cats to all types of digital art, the strange, the most quirky market for the non-fungible tokens (NFTs) is now booming. In that context, science appears to be jumping onto the bandwagon. Scientists now want to get these receipts of ownership of digital files that are acquired and then sold online.

The University of California, Berkeley, on June 8 allegedly auctioned off an NFT that was entirely based on documents that relate to the work of James Allison, a Nobel-prize-winning cancer researcher. That piece sold for over $50,000.

On June 17, the United States Space Force started selling a series of non-fungible tokens comprising augmented-reality images of satellites and space iconography. Then, from June 23-30, the computer scientist who invented the World Wide Web, Tim Berners-Lee, auctioned an NFT comprising of the source code of the original web browser. The source code was auctioned along with a silent video of the code getting typed out.

In the meantime, biology pioneer George Church together with a firm he co-founded, Nebula Genomics based in San Francisco, California, have published their intention to sell a non-fungible token of the Church’s genome. Church is a geneticist at Harvard University in Cambridge, Massachusetts. He helped in launching the Human Genome Project.

Church is also famous for many controversial proposals that include resurrecting the woolly mammoth and developing a dating app based on DNA.

The animated visualization of the source code for the World Wide Web is now part of an NFT that was auctioned by Internet pioneer Tim Berners-Lee in late June. It was sold for around $5.4million. This massive interest and growth of the non-fungible tokens have been celebrated online for elevating digital art.

But, there is a dark cloud gathering above this revolutionary sector of the digital finance world. The NFT sector has been described as meaningless due to its massive carbon footprint as a result of the lots of computing power needed to sustain it.

The debates over NFTs in science are also very heated, with proponents saying that they offer an incentive to showcase science to the general public; in a new strategy of fundraising. Also, it provides participants with a way to earn royalties when various pharmaceutical firms acquire access to the owners’ genomic data.

The critics say that since NFTs operate similarly to digital cryptocurrencies, they are useless and the investors are only pouring a lot of energy into a market bubble that will burst soon enough.

NFTs use blockchain technology that also powers cryptos like Bitcoin to certify ownership of files. Non-fungible tokens are ‘minted’ in the same manner as cryptos, using an online platform to add them to a tamper-proof blockchain ledger, normally at a cost of tens to hundreds of dollars and then they are sold online.

People can acquire and trade any certificates of their choice in the same way they do with physical collectibles, like baseball cards. The data or art can always be viewed freely online and even downloaded in its original form. But, the NFT buyer just has an authentic receipt of ownership.

Although the NFT concept was created in the early 2010s, it has exploded in 2021. For instance, back in March, Beeple’s NFT for a digital artwork sold for almost $70 million. Sometime in early May, the NFT market hit a 30-day sales record of a staggering $325 million. But, it cooled off considerably in June, although it still recorded over $10 million in sales per week.

The director of innovation ecosystem development working in the intellectual-property office at the University of California, Berkeley, Michael Alvarez Cohen, came up with the idea of using non-fungible tokens to raise funds to cater to the university’s financial needs.

In that connection, a team of designers scanned legal papers that were filed with the university, including handwritten notes and faxes that relate to Allison’s valuable discoveries. That artwork was referred to as The Fourth Pillar and it is available for everyone to see online. The team then went on to mint an NFT for the ownership of that work.

After a brief bidding session, the NFT was sold on June 8 for 22 ether which was worth $54,000 at the time. The successful buyer was a Berkeley alumni group known as FiatLux DAO, which was created some days before by the same blockchain experts who advised Berkeley on how to create the non-fungible tokens.

“It’s an interesting combination of showing the world these historic documents, and also creating art and sponsoring research and education. It’s kind of a beautiful circle.”

Critics always insist that selling NFTs is a waste since blockchains mainly rely on energy-intensive computational crunching to avert any case of data corruption. For example, the digital-currency operator Ethereum currently has nearly the same energy usage as entire Zimbabwe.

Weaver is one such critic who said at some point:

“That makes NFTs “really a criminal amount of waste for something that doesn’t do anything valuable other than act as a database for receipts for ugly cats. Auctioning off the physical papers would make more sense.”

Today, the Berkeley team is reportedly creating a digital piece of art from documents that relate to Nobel laureate Jennifer Doudna for a future auction. Doudna was one of the pioneers of CRISPR gene editing. The process of making the NFT is being sold by the need to ensure that her patent that is still active, is not infringed by the art in any manner.

In the meantime on June 10, Church and Nebula Genomics created and put up for sale 20 NFTs. Each of these non-fungible tokens features an artwork that is based on Church’s likeness with a special, limited edition discount put on Nebula’s whole-genome sequencing service.

The designers say that the money raised will be split between Church, Nebula Genomics, an unnamed charity, blockchain company Oasis Labs, and the AkoinNFT sales platform.

Notably, the offering seemed to be an unexpected step back from what was advertised originally; previously, the group had said that it would be selling an NFT featuring Church’s genome in a 10 June auction. However, the plan was suspended at the last minute, with Nebula Genomics explaining that:

“Our plan is to continue to wait for market conditions to improve before launching the entire auction. It is unclear when that might be.”

The thought of selling a non-fungible token of Church’s genome appeared to provoke both bemusement and excitement online. One scientist joked on Twitter, since Church’s genome has long been freely available online:

“By a weird coincidence, I’m also selling George Church’s genome! No auction or NFT or anything though.”

The user even quipped and offered to send the link for $5.

This non-fungible token has a more serious purpose for Church’s company: a trial run. Nebula Genomics currently uses blockchain technology to enable 15,000 people whose whole genomes it has sequenced to grant some temporary access to their data to particular users, like the pharmaceutical firms looking for links between diseases and genes.

The non-fungible tokens may in the future offer a major system to enable users to make some significant amounts of money from those exchanges, according to Obbad.

Several other firms are also experimenting with strategies for customers to sell genomic data on various blockchain marketplaces. They aim to give their users increased control of their data and then direct profits straight to the individuals, thus encouraging more users to get their genomes sequenced.

Nonetheless, some of the users note that these goals can be achieved without using non-fungible tokens. One computer scientist at Columbia University in New York City, Yaniv Erlich, is convinced that the plan to auction an NFT for Church’s genome is just a PR stunt.’ Erlich is also the chief science officer of MyHeritage which is a genome-sequencing and genealogy firm operating from Or Yehuda, Israel.

A bioethicist, Vardit Ravitsky, working at the University of Montreal in Canada said that selling private genomes seems to open up ethical issues like whether any person owns their genome since much of it is shared with family members.

Ravitsky also notes that there are already heated debates on whether people should be let to make money from their biological resources, for instance through sperm donation. The challenge of selling data according to her “will be the next generation of these issues”.

Obbad agrees that many open questions are surrounding this matter. He believes that the proposal to sell a non-fungible token comprising Church’s genome appears to have been a great conversation starter.

In what other ways will scientists use non-fungible tokens for their benefits?