0Shares
Contents hide
1 The verdict on financial inclusion is in, and it’s far from a rosy picture.
2 The Middle East and Africa
3 The Solution

The verdict on financial inclusion is in, and it’s far from a rosy picture.

Figures from the World Bank, from July 2022, report some 1.4 billion adults worldwide who remain unbanked or underbanked, which is to say, they don’t have access to any traditional financial services, including payments, savings, credit, and insurance.

According to the same research, these individuals are more likely than not poorer and less educated than their banked counterparts, they might be living in rural areas instead of big cities, or they might be women.

Of course, the situation used to be even direr ––but that’s easy to say because digital and technological progress has sped up transformations in every sector imaginable, including financial access, in ways we couldn’t have foreseen just a decade or two ago.

The key to such speedy and consistent gains is to be found in the rise of digital payments, easier access to products and services like credit cards, debit cards, mobile payment apps, and online bank transfers, among other factors.

These facilitate and expand the ways people think of their finances beyond ordinary and traditional banking, which, in turn, is crucial for global development. According to the World Economic Forum, digital technology is “spurring financial inclusion around the world, enabling millions more people and businesses to join the global economy for the first time,” and digital finance has been estimated to “boost annual GDP of all emerging economies by $3.7 trillion”.

This is immense growth, and should be recognized as such: going by the $3.7 trillion figure in added GDP, we can estimate that it could result in up to 95 million jobs created across all sectors of the economy. 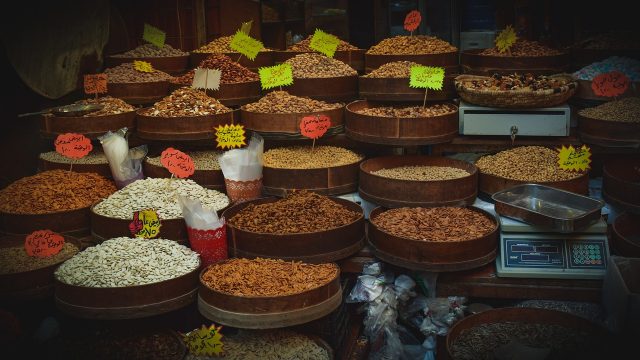 The Middle East and Africa

The digitization of financial services is “changing the game,” everyone will agree, but so much more is needed in order to include those who are hardest to reach and are often the most vulnerable.

In the Middle East and in Africa, for example, 50% of the population is estimated to be currently, still, financially excluded, a staggering figure when compared to the 25% reported across the United States or 12% across the European Union.

The MENA region (the Middle East and North Africa) is, of course, a majority-Muslim one. This matters because the Muslim community has long been excluded from betting on its financial future in the most modern of ways, through something that’s even simpler to use and rely on than a credit card or an online bank account: cryptocurrency investments.

Due to religious values prohibiting speculation, the giving and receiving of interest, and any association with non-halal trades like gambling and alcohol, those who follow Islam cannot participate in the crypto space and market just like everybody else.

The laws prohibiting this are ethical and moral guidelines steeped in millenary tradition, derived from the religious precepts of Islam and based on the sacred scriptures of Islam; together, this body of religious laws that form part of the Islamic tradition makes up what we know as Sharīʿah law.

It’s deeply unfair to ask an entire religious group to abandon their beliefs at the drop of a hat in order to be a part of the future of Web3 finance, but then again, the figures on financial inclusion and the digitization of financial products speak for themselves. So what could be the solution?

Allow me a moment of self-promotion, because I really am quite proud of the revolutionary solution I helped ideate and bring to life. Caizcoin, a product of Caiz Development GmbH, is proud to be the first and only one to place Islamic finance principles at the heart of its cryptocurrency.

As the world’s first Islamic-compliant cryptocurrency, Caizcoin has the potential to show real global utility, an enormous reach, and disruptive power ––and so does the Caiz chain, another product of Caiz Development GmbH, the world’s first free Islamic decentralized blockchain to be recognized as compliant with Islamic financial principles.

In order to make sure Caizcoin was aligned with the Islamic financial committee and all related regulations and compliance, we consulted with Islamic scholars and we made sure to get our products Fatwa-certified. Our environment is fully Islam-compliant, therefore, everything we do is based on universal ethics and morals that leave no one, and no community, behind.

Because a lack of diversity translates into a real lack of inclusion, and together, they can keep entire countries and sectors stuck in the past. Needlessly so, because the solution is already here: it’s modern, inclusive, secure, and aligned with vital ethical principles in ways the world has never seen.

That, to me, is the dream of crypto: a brand new, inclusive, democratic, and decentralized system outside of the realm of regulated financial services. One where financial freedom can stem from, and result in even more, financial inclusion ––and leave no one behind.