MoonPay is a company that lets consumers pay for their digital assets and cryptos using credit cards. It raised $86.7 million from a who’s who list of celebrities, including Maria Sharapova, Bruce Willis, Snoop Dogg, Ashton Kutcher, Jason Derulo, Paris Hilton, Justin Beiber, Matthew McConaughey, and Gwyneth Paltrow. At least 60 celebrities participated in the funding round.

With the help of our new strategic investors. pic.twitter.com/sfeH1Hhibh

Reports indicate that the new round of investment is meant to help propel the firm toward its goal of becoming the PayPal of cryptocurrency. This investment brings MoonPay’s valuation to $3.4 billion, the firm stated.

Joined @BoredApeYC ready for the reveal? Thanks @moonpay concierge pic.twitter.com/gzm1JQEHHF

In November 2021, MoonPay confirmed a $555 million Series A financing round that brought the crypto payment firm’s valuation to $3.4 billion. On April 13, 2022, the fintech brand said that $87 million of the $555 million came cumulatively from public figures and celebrities in the media, sports, music, and entertainment sectors.

While the Series A round was spearheaded by companies like Tiger Global and Coatue, with participation from Thrive Capital, Paradigm, Blossom Capital, and NEA.

The firm shared that the funding round and continued support from the investors will help it accelerate its international expansion, expand the team and bring on board new partners. MoonPay highlighted that its long-term mission is to increase crypto access to the next 1 billion people by 2030.

MoonPay users can buy cryptos and nonfungible tokens (NFTs) using their credit or debit cards, bank transfers, and mobile wallets on Google Pay and Apple Pay. The investments have enabled the fintech startup to develop some new products like NFT Checkout and MoonPay Concierge, which is a referral-based service for high-net-worth individuals that acquires NFTs and cryptos on their behalf for a fee.

For instance, when actress Gwyneth Paltrow desired to own a Bored Ape Yacht Club (BAYC) NFT she paid MoonPay and then thanked the firm through Twitter. Paltrow is also the co-founder of Kinship Ventures. She said in her statement:

“Web3 is inspiring the entertainment industry, and commerce in general, to reimagine the way we create community, connect with fans, build value and manage intellectual property.”

Notably, rapper Post Malone also promoted MoonPay in his music video for “One Right Now” with The Weeknd by buying a BAYC NFT through the app onscreen. Apart from the music video, he also recorded his purchase of two Bored Apes for a cumulative 160 Ether (ETH), worth around $682,000, in TikTok videos that were sponsored by MoonPay.

“Crypto and NFTs will be key to maximizing the business of professional sports as we look ahead.”

When he was asked how MoonPay aims to onboard the world to the budding Web3 space, Justin Hamilton, MoonPay’s head of communications, said that:

“The company is Laser-focused on helping foster a healthy ecosystem of partners with reliable payment infrastructure.”

He also added that the best way to boost adoption is by:

“Empowering creators to own their IP and have greater control on their creative output and financial support.” 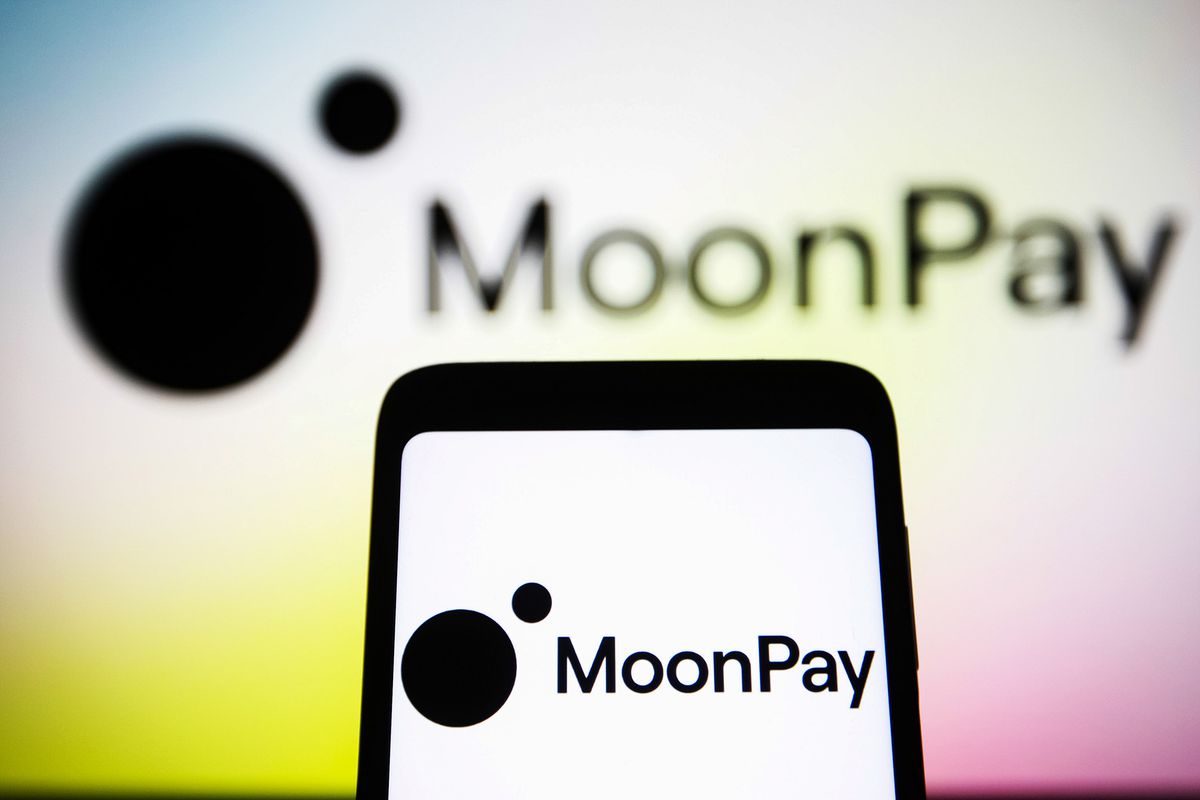 For now, 10 million clients across 160 nations have processed nearly $3 billion in transactions through MoonPay via at least 250 partner sites, including OpenSea and Bitcoin.com, according to the firm.

Over 600 crypto startups have seen at least $12.5 billion in venture capital funding so far in 2022, as highlighted by the managing director at fund manager 3iQ Digital Assets, Alex McDougall.

MoonPay expects that content creators will increasingly utilize NFTs to market their projects and engage with fans, as mentioned by executive officer Ivan Soto-Wright. NFT is described as a type of crypto asset that utilizes blockchain technology to record who owns a digital file, which might be a video, an image, or a text.

Related: The Many Uses of NFTs – A Roundtable Discussion

MoonPay Inspires Other Brands To Diversify Into NFTs

In the past several months, big brands from many industries, like the National Football League, Nike, Coca-Cola, Gucci, and McDonald’s have brought nonfungible tokens into their market strategies and initiatives. Soto-Wright stated:

“A lot of companies might open a very small portion of their rounds, but we wanted to take on meaningful checks from these folks because we want them to be part of this story and shape product direction.”

Particularly, when it comes to the artists, they do not want to go on tours forever. Hence, they are increasingly diversifying their activities. Soto-Wright added:

“A lot of them have venture capital portfolios, a lot of them have their independent ventures, and we came to them saying ‘we can help you understand opportunities around Web3, crypto, and the metaverse. We virtually had no rejections. Everyone wanted to be a part of it.”

MoonPay confirmed that it has been profitable since it launched its platform in 2019. Its services are now utilized by over 10 million clients spread in 160 nations. But, investors have struggled to see value in digital art and are amazed by big sales, like Beeple’s piece that sold at Christie’s for $69 million.

Related: NFTs Are on the Rise. Will the Fall Follow?

Looking into the future, the firm aims to spend the money that is raised on new products and expansion. Moreover, it has some ambitions to take the business public in the coming years. Soto-Wright said in November:

“We have aspirations eventually to be a public company.”

Cryptos are quite volatile which has also affected even the most well-known players in this space.

Soto-Wright’s famous friends assisted in popularizing MoonPay, but it is not the only reason that they are involved. Several household names like Snoop Dogg, Paris Hilton, Post Malone, Paltrow, and Lil Baby, have used MoonPay to acquire Bored Ape Yacht Club NFTs before they even invested in the company itself.

Since the BAYC owners own the intellectual property that is linked with their ape, the project was most popular with the celebrities and the IP rights are the reason why BAYC weed exists.

MoonPay made it quite easy for celebrities to acquire their NFT apes. Since the apes can be quite expensive, purchasing adequate Ethereum to make the desired buy is not a small process, according to Soto-Wright. Thus, MoonPay helps in the process of acquiring the crypto required for the NFT and buying the digital asset, and then invoicing the client.

This process consists of a wire transfer instead of a credit card because it involved a lot of money. Soto-Wright explained:

“We’ve tried to make it as similar as a process as you would be interacting with your private bank. You generate an invoice, you wire money for that invoice, and then we settle the transaction.”

In this process, the customer names a budget and MoonPay uses market benchmarks like rarity tools to assist in the calculation of how much an asset might be worth. However, celebrities at times just purchase things since they like them and pay what they believe is appropriate. In some cases, the price that they pay might be more than the asking price in the general market.

The Web3 world is mainly focused on monetizing fandom. In various ways, it makes a lot of sense that musicians and actors who make money via IP would become the leading Web3 adopters. Nonetheless, the market for NFTs has plunged since January 2022, based on data from NonFungible. As with the Goop jade egg and colonics, just because something is now popular with celebrities, it might not mean that it is here to stay.

This innovative way-into acquire cryptos and crypto-backed assets via a non-blockchain wallet makes it quite easy for the normal consumer to gain exposure. These capabilities are what attracted many investors enabling MoonPay to raise an astounding $555 million in its first-ever financing round.

The 3-year-old fintech company’s “crypto-as-a-service” platform appears to be an attractive product for many consumers. Most of the company’s clients are those who suffer from a type of “cart abandon” when setting up digital blockchain wallets or trying to engage the next-generation web3 technology and protocols in various ways.

The firm aims to make crypto and other digital assets available and readily accessible to the masses serving as a gateway literally and figuratively. It offers access to digital assets like Ethereum and Bitcoin, as well as digital collectibles and tokens like NFTs.

To achieve all that, MoonPay integrates and sells its technology to many other businesses including Bitcoin.com and OpenSea NFT marketplace. Thus, bands, platforms, and individual creators can easily and securely sell and buy NFT and crypto assets.

MoonPay has been utilized by celebrities and musicians and they have all been drawn to how smoothly the solution handles blockchain and web3 based transactions. MoonPay’s concierge service is used by nearly 7 million members at the time of publication, and it just added James Freis to their ranks to work as a special adviser for regulatory issues and to protect against money laundering. Freis is a former top money-laundering prevention official at the United States Treasury Department. 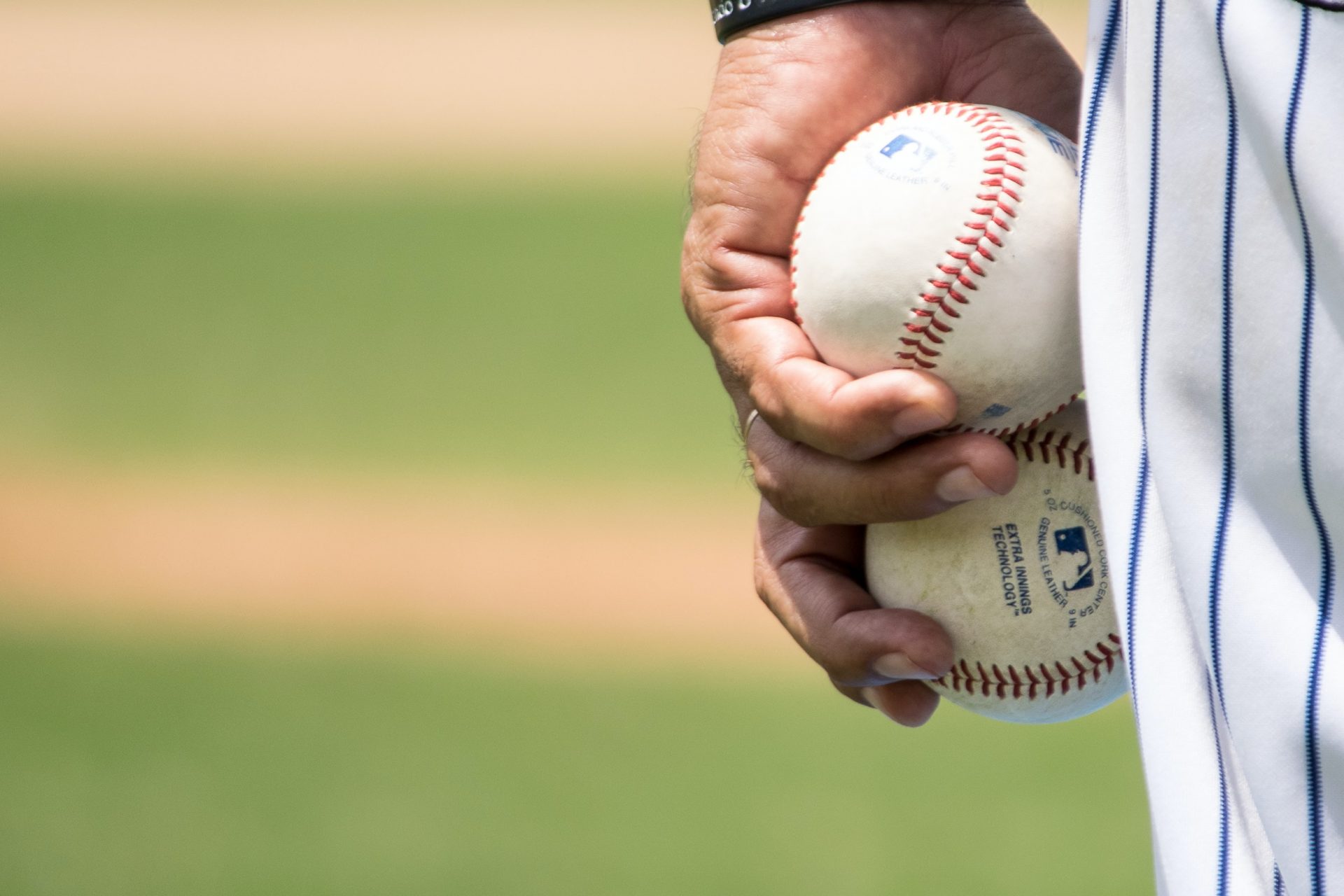 Dogecoin (DOGE) $ 0.067361
We use cookies to personalise content and ads, to provide social media features and to analyse our traffic. We also share information about your use of our site with our social media, advertising and analytics partners who may combine it with other information that you’ve provided to them or that they’ve collected from your use of their services.
Accept
Read more
Change Settings
Cookie Box Settings
Cookie Box Settings