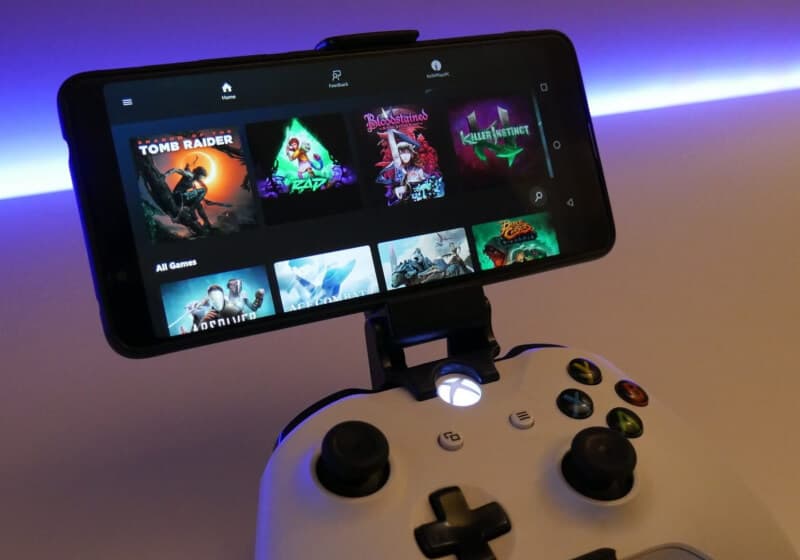 Contents hide
1 In a nutshell: As game streaming still tries to break into the mainstream, companies continue to open and test their services on as many platforms as possible. The latest is xCloud for iPhones and iPads. Microsoft is beginning a testing period on Apple mobile devices, but Cupertino’s iron grip on its ecosystem is holding back the iOS version of the service.
2 Related Reads

In a nutshell: As game streaming still tries to break into the mainstream, companies continue to open and test their services on as many platforms as possible. The latest is xCloud for iPhones and iPads. Microsoft is beginning a testing period on Apple mobile devices, but Cupertino’s iron grip on its ecosystem is holding back the iOS version of the service.

Microsoft launched a limited preview of its Project xCloud gaming-streaming service on iOS. The app is available for those registered with the TestFlight program. Microsoft will be inviting 10,000 testers to try xCloud on iPhone or iPad. Those missing the first batch of previews may be invited later, as Microsoft will be swapping users in and out during the testing period.

The app does have some limitations, however.

“To comply with App Store policies, the preview experience on iOS may look and feel different for those who have been testing on Android,” said Microsoft’s Director of Programming Larry Hryb, referring to a list of changes to the app.

Unlike the Android version of xCloud, the iOS app will not have the ability to stream games from an Xbox console. It will be an xCloud-only platform, at least for now. Additionally, Halo: The Master Chief Collection will be the only title available for the time being. Apple, for some reason, is disallowing anything else to run on its hardware.

It is not unusual for apps to be canned due to Apple’s iOS restrictions. The ill-fated OnLive game-streaming app was slated for an iPhone release, but never got approval from Cupertino. It was speculated at the time that it was due to a disagreement over running in-app purchases through Apple’s app store.

Users interested in being in the iOS xCloud preview need to jump through a few hoops to be selected. First, they must have an iPhone or iPad running iOS 13.0 or later with Bluetooth 4.0. They will also need a Microsoft account linked to their gamer tag.

Microsoft says users need a Bluetooth-enabled Xbox One wireless controller. PlayStation 4 controllers are also now compatible with iOS, but it is unclear if it will work with xCloud or if Redmond is just trying to push Xbox controller sales. Give it a try and let us know.

Users not already registered for the Android version of the xCloud preview can sign up through its web form. Those already using xCloud, need to update their registration to indicate that they want in the iOS pool. Microsoft says that this does not void their Android preview, and they can play on either device.

After completing the registration or the device update, users will be sent invites via email on a first-come-first-served basis until all 10,000 slots are filled. Microsoft did not indicate how long the first round of testing would be.

“We’ll distribute invitations to participate on a first-come, first-served basis,” said Hryb. “For testing purposes, we may need to cycle through registrants in order to best utilize the available testing audience. If you miss out on the initial allocation, you might receive an invitation to participate later in the preview!”

With only one game to play, it hardly seems worth the effort, but hopefully, Apple will loosen its restrictions and allow more titles on the platform sometime down the road.