Hemp batteries seem to be gaining popularity as the world strives to move away from non-renewable energy sources. Experts say that batteries offer significant hope as the world aims to shun natural gas and coal and create a more sustainable energy grid.

The lithium-ion batteries currently power a surging number of electric vehicles. They also enable homeowners who have solar panels to store some power as the sun shines, which they use when darkness comes in. Nonetheless, there is a disadvantage that comes with the use of batteries. Lithium mines are known to leak toxic chemicals into water and soil in the surrounding communities.

Related: IBM claims to have made a new battery design that is environment friendly

With such downsides, many now ask, could the hemp batteries be a viable solution? Hemp batteries are an exciting field of research that is expected to play an integral role in the future of the creation and supply of renewable energy. Could hemp batteries prove to be better than lithium? What Are Hemp Batteries?

The idea of using hemp to make batteries was first introduced into the academic world by ACS Nano. Extensive research done in 2013 showed how scientists could pull carbon from hemp to develop “unique interconnected partially graphite carbon nanosheets.”

In simple terms, the scientists used the fibers acquired from industrial hemp to create thin sheets of substrates that make up the inside of a special type of battery that is known as a supercapacitor.

These interesting discoveries from the paper indicated that the carbon nanosheets that are developed from hemp performed better in some categories than graphene. Graphene is the material that is currently used to make batteries. Thus, hemp can be used in the manufacture of a better type of supercapacitor.

It is interesting to think about how an entire battery can be made out of a hemp plant that only has stalks, leaves, and hemp flowers. How can these plants be compacted to take up the shape of a battery? But in reality, hemp plays a particular role in the manufacture of a supercapacitor.

The waste fibers from hemp are known as hurd and bast. They are heated for a long time to remove carbon molecules from the cellulose contained in the plant. That extracted carbon ends up playing an integral role in the operation of the battery. This carbon is used in the creation of carbon nanosheets that conduct electricity efficiently.

Researchers term batteries made from hemp as ‘supercapacitors.’ In the case of a battery-powered truck or car, a steady amount of electric energy is required as the drive down a country road. Nevertheless, in case the car stops at a red light, the involved battery will require a huge burst of energy when the light turns green to drive off once more.

In the case of lithium-ion batteries, they are great in the storage of energy for long hours and then supplying it gradually. But, they are not ideal at quickly releasing huge amounts of energy, like what a car requires to power its engine when a red light turns green. That is where the supercapacitors come in. Such batteries can discharge their whole energy load rapidly to offer a massive boost to power the engine.

Such bursts of energy are what electric vehicles require to accelerate quickly. Although the supercapacitors do not hold any charge for long hours, they are designed to absorb some regenerative energy produced from braking. For now, hemp batteries cannot replace lithium-ion batteries. But, they can ensure that the vehicles and all other electric-powered machinery operate more efficiently. The Advantages Of Using Hemp-Based Batteries

Several benefits come with using hemp batteries compared to the current supercapacitors that use graphene nanosheets:

The Shortcomings Of Hemp Batteries

While most researchers are quick to highlight the benefits of hemp, including CBD oil, there is a lot more to these advantages than meets the eye. While the supercapacitors are majorly useful across different applications, they are not normal batteries. They cannot store energy for a long time like lithium-ion batteries.

Instead, the hemp batteries offer short-term storage of a charge that is available for users who want to harness it quickly. That explains why electric vehicles need to recharge over long road trips. For now, hemp batteries cannot replace the dominant lithium-ion batteries.

There is still a long way to go in the development of hemp batteries. However, developments and continuous refinements are expected to come in the future. In the meantime, research shows that hemp batteries might be a critical step towards a sustainable future.

Will Hemp-Based Batteries Power Vehicles In The Future?

Is it possible that the future will be dominated by hemp batteries? For now, the idea seems to be in the early development stages. But, Dr. David Mitlin said:

“We’re past the proof-of-principle stage for the fully functional supercapacitor. Now we’re gearing up for small-scale manufacturing.”

It is not strange to believe that hemp batteries might power cars someday. There is a lot of excitement surrounding the idea of hemp fuel. Currently, the CBG and CBD farmers have many options in the matter of gaining a secondary income stream from their hemp biomass. The hemp that they grow can also be used for the manufacture of hemp plastic, hempcrete, and even hemp batteries in the future.

An iteration of Henry Ford’s original Model T was composed of hemp ‘bioplastic’ to some extent and powered by hemp biofuel. Ford presented what should have been a groundbreaking invention in 1941 when he introduced a car that was powered and mainly built using hemp. At the time, Popular Mechanics described this hemp vehicle as:

“A step toward materialization of Henry Ford’s belief that someday he would “grow automobiles from the soil.”

Today, with battery-powered vehicles starting to outperform those that use combustion engines, scientists and researchers are seeking sustainable and efficient methods of creating considerable battery power.

In 2020, studies showed that hemp batteries can offer more power than the normally used graphene and lithium batteries. One popular researcher who doubles up as a YouTuber, Robert Murray Smith, discussed the experiment in his recent video.

He started by reviewing a Volts by Amps curve of lithium and hemp batteries. He discovered that the power-packed by the hemp cell is 31 times bigger than that of the lithium cell. The use of hemp in the manufacture of batteries is not a new concept.

Back in 2014, researchers in the United States found that unused fibers from hemp plants can be turned into “ultrafast” batteries that are significantly “better than graphene.” One researcher, Dr. David Mitlin of Clarkson University, New York was the leader in this experiment that explored hemp technology. They ‘cooked’ waste bark fibers of hemp and then changed them into ‘carbon nanosheets.’

“We’re making graphene-like materials for a thousandth of the price – and we’re doing it with waste. The hemp we use is perfectly legal to grow. It has no THC in it at all – so there’s no overlap with any recreational activities.”

That process has since been referred to as ‘hydrothermal synthesis.’ The team also tried to change fibers into high-volume capacitors. These ‘supercapacitors have represented a paradigm shift in the manner that energy in batteries is stored. Mitlin explained:

“With banana peels, you can turn them into a dense block of carbon – we call it pseudo-graphite – and that’s great for sodium-ion batteries. But if you look at hemp fiber, its structure is the opposite – it makes sheets with a high surface area – and that’s very conducive of supercapacitors.”

An extensive review ranks the hemp capacitors on the same level and in some cases better than the commercial graphene-based devices. 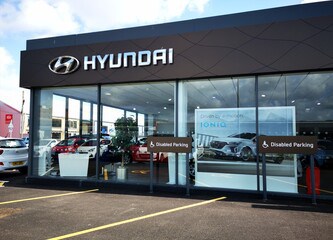