The new data center expects to have up to 100 MW megawatts online by 2024. The energy used by the new farm comes from 100% clean energy sources.

Commenting on the new data center, Tim Liepold, Head of Power at Genesis Digital Assets, said: “This latest expansion aligns with GDA’s focus to identify ways to power our facilities with clean energy while also creating jobs for the local economy. We’re pleased to see this project begin and look forward to expanding this hydro-powered data center in the future.”

This latest announcement comes after a flurry of recent company news. In 2021, Genesis Digital Assets announced one of the largest procurement deals in the history of the industry and more than $550 million raised with the most recent round led by Paradigm with participation from NYDIG, Stoneridge, Alameda Research, Ribbit, Electric Capital, Skybridge, and Kingsway Capital.

“We’re on a mission to provide the infrastructure that will power the open-source monetary system revolution and this data center marks another key milestone as we work to execute on our big picture vision,” said Liepold.

Genesis Digital Assets is one of the world’s largest and most experienced Bitcoin mining companies. Since 2013, founders of the company have built over 20 industrial-scale mining farms, brought over 300,000 miners online, and mined over $1 billion in Bitcoin. Learn more at genesisdigitalassets.com. 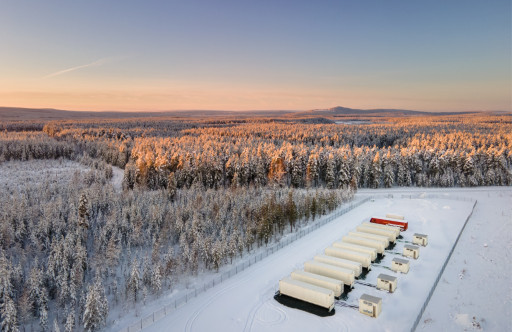 Polygon (MATIC) $ 1.33
We use cookies to personalise content and ads, to provide social media features and to analyse our traffic. We also share information about your use of our site with our social media, advertising and analytics partners who may combine it with other information that you’ve provided to them or that they’ve collected from your use of their services.
Accept
Read more
Change Settings
Cookie Box Settings
Cookie Box Settings