Recently at E-Crypto News, we were considering the influx of new blockchain systems and other fundamental concepts critical to the DLT space. As a result of our collective musings, we decided to reach out to Douglas Horn, the Chief Architect of the Telos blockchain. He shared his insights with us on many issues. Here is what he shared:

Contents hide
1 Douglas Horn, Chief Architect of the Telos Blockchain
1.1 1. In your opinion, are smart contract-enabled blockchain systems the future of the decentralized space?
1.2 2. What do you think blockchain systems will be like in five years’ time?
1.3 3. How can smart contracts become more dynamic?
1.4 4. In your opinion, is this the end of the road for smart contracts or is there more to come?
1.5 5. What contributions is the Telos blockchain bringing to the crypto-space?
1.6 6. How can people get involved with the Telos ecosystem?
1.7 7. In your opinion, what do you think is the greatest roadblock as regards cryptocurrency adoption?
1.8 8. Do you think that people could adopt decentralized ledger systems and abandon cryptocurrencies?
1.9 9. How did you get started with decentralized ledger technologies (DLT’s)?
1.10 10. If you had three wishes for the crypto-space and a genie that could make them come true, what would they be?

1. In your opinion, are smart contract-enabled blockchain systems the future of the decentralized space?

The future of decentralization is going to be in blockchain platforms for operating smart contracts. This is undeniable to anyone who has looked into the technology.

Of course, these governance functions will, themselves, be built of webs of smart contracts. Telos Decide is a great example of this that already exists.

2. What do you think blockchain systems will be like in five years’ time?

It will look very much like the World Wide Web in that few users really think about its workings anymore. Over the next five years, we’ll see an ongoing, gradual adoption of features and systems.

Tools will exist that make controlling a blockchain account very similar to logging in to any system. In fact, we have blockchain login systems on Telos now compatible with OAuth and similar login systems that people are familiar with.

These tools will allow payments systems similar to credit cards, but also business-logic-based micropayment systems that let users continuously pay for use and access to services without constant interruption.

These users will also regularly be earning micropayments for their participation and use. There will be a gigantic economy of these payments that people rarely think about–no more than they think about how their web browser works today.

At the same time, this can solve the online identity problem, where people can interact with others under various identities with different levels of verification or anonymity.

Three things will make smart contracts more dynamic: power, interconnection, and governance. The power to do more and be more secure will come from more performant blockchain networks and better coding languages and tools.

Telos is fortunate to be built on the most powerful platform right now, but this will continue to expand and the tools will improve so that developing them does not require high expertise as it does today.

People will be able to make smart contracts the way they make spreadsheets.

.@cz_binance Telos is the test of whether Binance is true to its story of supporting real crypto projects of value: No ICO, topping Blocktivity, dGov leader, first chain-level governance engine, dapps, not a security, truly decentralized. But $TLOS is not on @Binance. WHY NOT? https://t.co/e1mqEeiFZa

Interconnection is that web of smart contracts I mentioned, where instead of a human connecting to a contract that connects to other humans, you will see more of these interactions moving across networks of smart contracts.

When a payment on a property is triggered, it will then be split between the various owners of the property, some of which are smart contract proxies for other entities.

A high level of tokenization will lead to ongoing instantaneous routing of monies and properties before they arrive at their ultimate destinations.

These will not be subject to waiting periods, administrative oversight, or business hours and as a result, the velocity of commerce will rapidly increase.

Finally, governance will put people in charge of these complex systems, creating a way to improve and iterate them as needs change.

Governance of this type is an evolution system for smart contracts, allowing them to adapt to new conditions from within the context of their own smart contract rules, rather than from the exogenic efforts of developers.

4. In your opinion, is this the end of the road for smart contracts or is there more to come?

Much more to come.

5. What contributions is the Telos blockchain bringing to the crypto-space?

Telos is very much aligned with the vision of a future economy built on high performance, interconnected smart contracts governed by its users to allow meaningful iteration and evolution.

Telos has the second-highest record for the most transactions ever performed in a day, so there’s clearly the speed and capacity needed, which is seen in very few public blockchains.

On top of this, we’ve built a powerful smart-contract controlled governance system that allows users to select the network’s validating nodes, set and revise the chain’s operating agreement, fund initiatives, and even determine which developer groups will be paid to produce core development–and everything is on-chain.

But we took this a step further and made this powerful system available as a governance engine to any Dapp or DAO on the blockchain through Telos Decide. This is what will help drive the interconnection of smart contracts while keeping them under the control of their users.

Because the Dapp level is actually where this is most needed. And developers are already flocking to the system because it saves them a year of building and testing these kinds of functions by themselves.

6. How can people get involved with the Telos ecosystem?

Telos is a public blockchain available to anyone. You can go to telos.net and get your free account, download wallets, and get started. We have a lot of developer tools there and we even have development grants and Telos Works proposals to help devs get their projects off the ground.

That’s one of the hardest parts of being a developer so we’re trying to solve that and in the process, we’ve incubated a lot of great new projects like WordProof, Angry Warlord, and Cudurru.

7. In your opinion, what do you think is the greatest roadblock as regards cryptocurrency adoption?

The single greatest roadblock is its perception among the general population. Blockchain and crypto are seen as weird, complex, confusing, full of scammers, potentially illegal, unsafe, and worst of all “not ready”.

The other problems have technological solutions, which means they could be addressed and resolved, but perception issues can take a long time to overcome. Regulation risks, adoption, and other problems are mostly downstream from perception.

Ironically, the best way to address this is probably to stop talking about “blockchain” and “dapps” — or at least stop leading with it — and focus on what these tools do, what problems they solve. And then mention blockchain later (or never). Eventually, it will just become accepted.

I’m encouraged by the fact that those perception issues were exactly the same list that the web and e-commerce experienced in the 1990s.

8. Do you think that people could adopt decentralized ledger systems and abandon cryptocurrencies?

Some may. But monetization is imbued in the system. The currency element is what makes the incentives work. And really, why would you want to remove that if you believe that these ongoing micro-payments amongst users and dapps will create a web of economic interactions?

It’s basically nerfing blockchain to remove the money component. Instead, people will get used to it the way they became accustomed to using credit cards on the Internet.

9. How did you get started with decentralized ledger technologies (DLT’s)?

I started as a miner. Free money for running my computers at night? Okay! I later became a bit of a trader, but I really just wanted to accumulate for the future while it was relatively

cheap. I had been a software developer many years ago but was working in the creative fields at the time I encountered blockchain–often making videos or contributing to game designs for tech companies.

It reminded me of how accessible it was to make programs to do things, and I felt that this was another one of those moments in time like the launch of the web and mobile where a ton of exciting new things would be created, so I got back into development and focussed on the blockchain.

And sometime later, I found myself involved in the creation of Telos. That had never been on my life plan!

10. If you had three wishes for the crypto-space and a genie that could make them come true, what would they be?

I want blockchain and crypto to finally enable the peer-to-peer vision of the internet that was hijacked by corporations and others.

To me, this technology is the last bite at the apple for creating a political and economic structure that puts individuals in charge of their lives, not under the thinly-veiled control of governments and corporations.

Blockchain allows the kind of individual control that is the antidote to the rising authoritarianism that we see in today’s world, ratcheting up their control with each new crisis. This is my wish and I would make that same one three times, just to be sure it really happened. (Never trust a genie!) 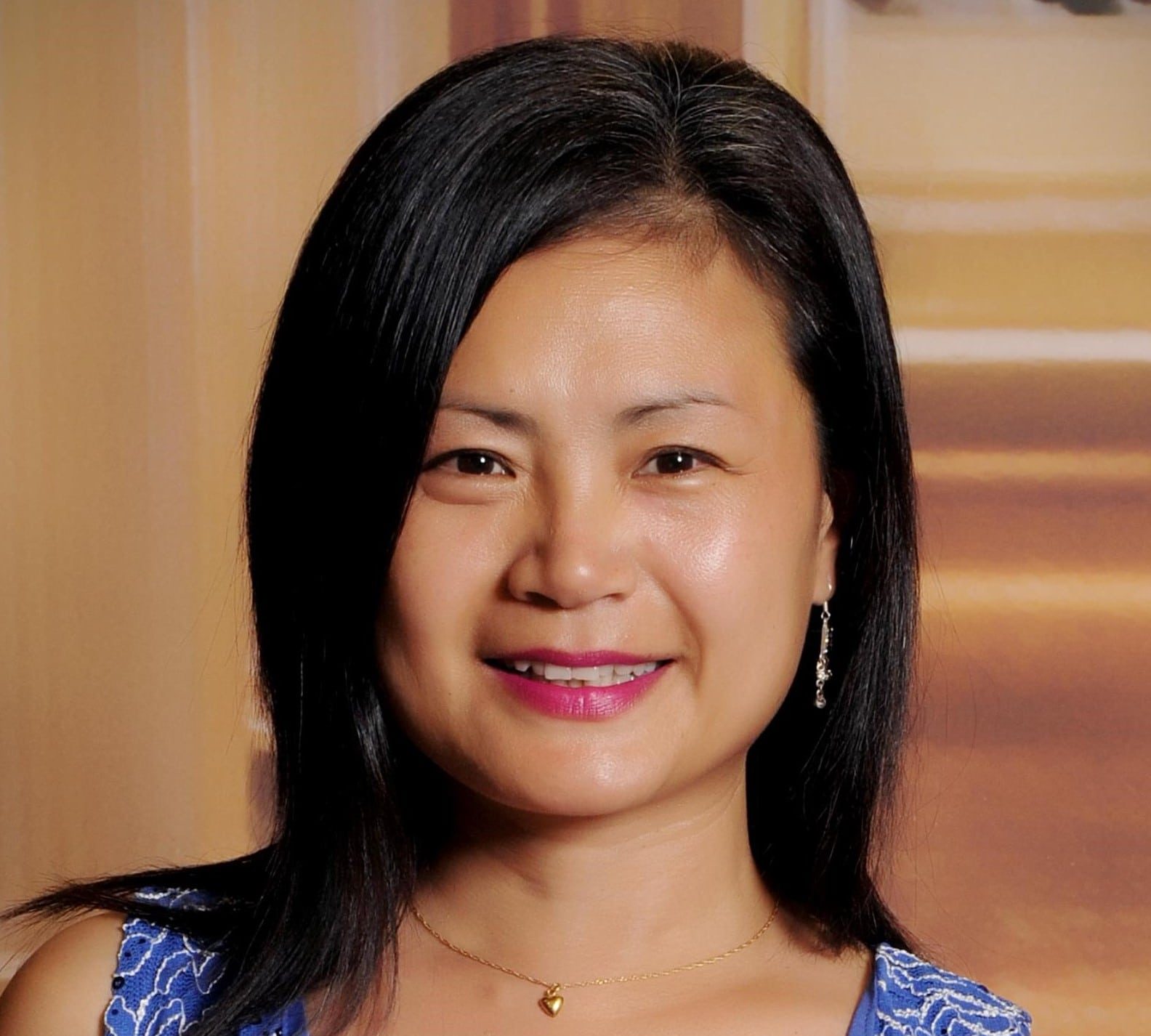 What Are the Best Smart-Contract Capable Blockchains?-Roundtable Interview

OKB (OKB) $ 44.23
We use cookies to personalise content and ads, to provide social media features and to analyse our traffic. We also share information about your use of our site with our social media, advertising and analytics partners who may combine it with other information that you’ve provided to them or that they’ve collected from your use of their services.
Accept
Read more
Change Settings
Cookie Box Settings
Cookie Box Settings