Which state is America’s crypto capital? The question of crypto-friendly cities  and crypto capitals have created quite the revolution. The emergence of a new community pushes the bar in creating new paradigms within the web3 industry. From Miami, Florida to New York City, users, fans, and evangelists preach with fervor the crypto gospel.

Each city or region has wanted the much-coveted claim of being the crypto capital without enabling regulations that make it possible. Wyoming is different, having done these and more by making anything web3 possible.

The New York State Department of Financial Services has played a critical role in granting its exclusive Bitlicense to a few giants. Wyoming holds the promise of a statewide environment and legislation to enable the growth and expansion of the web3 space on a much larger scale. 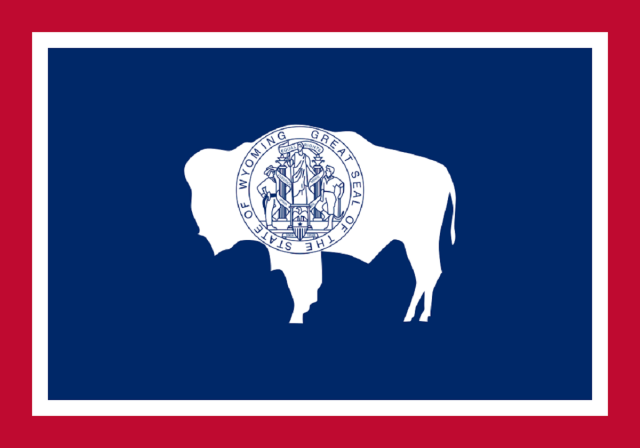 The State Has a History of Creating New Business Models

A large part of Wyoming’s allure lies in its rich history of leading other US States and territories in creating business models and entities. For instance, in 1977, the state invented the limited liability company. It took the 70s and early 80s for others to catch up and integrate this into their operating environments. This position of leadership and progress is not only limited to the business realm.

Wyoming was the first US state to give women the right to vote in 1869, paving the way for the women’s rights nationwide movement. The state has also enacted and implemented digital asset laws which have set a precedent for digital asset use-cases under the Uniform Commercial Code (UCC). The law, HB0043, went into effect in July 2021.

It has created a foundation for the technical operations of digital assets business-wise within and beyond the states’ territory.

It hasn’t come without problems, as US federal institutions still view web3 technologies with quite a bit of skepticism. With so many interpretations from various institutions at the highest levels, the web3 space remains in limbo about the US federal position on digital assets and what to do with them.

Most of the American federal government’s indecision over web3 technologies lies within the ambit of three organizations: the Federal Reserve, The Commodities Futures Trading Commission (CFTC), and the Securities and Exchange Commission (SEC).

The “big three” agencies haven’t come to some grand compromise on a framework that determines the classification of digital assets.

The CFTC, for instance, views Bitcoin and Ethereum as commodities, while the SEC still has a multi-jurisdictional approach when it comes to regulating DeFi. Both agencies still have various issues with the definition and regulation of digital assets.

US Fed Chairman Jerome Powell last year hinted at plans to launch a US stablecoin. The Fed still has issues with the idea of stablecoins and is yet to issue an official position on digital assets and their underlying technologies. The US Central Bank acknowledges that a Central Bank Digital Currency (CBDC) will help improve the economy, but deploying a CBDC is still within the realms of research.

The Fed’s main issue lies with financial institutions backed by a state charter that remain out of the reach and coverage of the US Federal Deposit Insurance Corporation (FDIC). Proponents for withholding FDIC cover argue that the immutability of blockchains and distributed ledgers provide no need for deposit insurance coverage.

Opponents to this show the high level of risk associated with web3 technologies, thus putting forward the need for insurance coverage as a means of risk mitigation.

Related: Experts talk about US Fed’s QE Policy and Cryptocurrency?

State Regulations Come to The Rescue

The separation of powers according to US laws enables states to regulate businesses and other activities within their jurisdictions. It provides a way out for the cryptocurrency space within the context of US federal bureaucracy, politics, and red tape.

Wyoming’s granting of a Special Purpose Depository Institution (SPDI) license in late 2020 to Avanti Financial provides proof of the concept that state laws can fill the gaps. With the set of laws available in Wyoming’s legislative arsenal, all hope isn’t lost for adopting these technologies and their assets.

State regulations could also guide federal agencies on the best path to follow, leaving local regulations for the states, while any web3 activities that cross state lines remain within federal jurisdiction.

This approach helps preserve individual and institutional freedoms. It also creates a situation that allows innovation to thrive, which will bring adoption quickly.

Besides creating laws that enable the adoption and growth of digital assets, the operating environment enhances the growth and longevity of web3 businesses. Allowing state-chartered “SPEEDY” financial institutions to operate was the first step. Part of the crypto laws put in place by Wyoming allows for creating “DAO LLCs”. DAO LLCs give decentralized autonomous organizations (DAOs) a legal basis for operations.

It also takes the adoption of this new form of corporate bodies a boost within the United States’ corporate governance architecture.

Besides DAOs, web3 businesses are moving to Wyoming because of the crypto-friendly operating environment. What sets the state apart is the inclusive approach towards the industry and a starting point for the cryptocurrency space to thrive.

Many mining companies, financial institutions, and others have decided to call the state home. It also improves its status as a crypto capital, giving impetus to the web3 movement on American soil.

Related: Marcello Mari of Singularity DAO and Their Four Months of Airdrops

Other Countries Are Catching Up

Since Satoshi’s whitepaper, the United States has been at the helm of affairs within the web3 space. That is changing with the rapid adoption of cryptocurrencies and their allied technologies occurring globally. Countries in south-east Asia like South Korea and Japan have taken adoption to new levels with projects growing data rapid pace.

The People’s Republic of China is using its Digital Yuan within and outside the local economy. The Federal Republic of Nigeria launched its e-Naira project late last year. Russia is mulling to adopt Bitcoin, while the digital asset is legal tender in El-Salvador.

The United States is losing its position within the industry as other countries realize that web3 technologies are the future. States like Wyoming solve the regulatory impasse with an all-in-one approach that will give the US the competitive edge. Ensuring that the US remains the crypto capital of the world is critical to its economic dominance in the coming decade.

As the world shifts from the physical and electronic economies to the knowledge economy, web3 industry dominance will be the best indicator of nation-states positioned for the rapid economic growth that the industry is known for.

From all metrics, the strategic direction of Governor Mark Gordon (R), and the passionate interventions of crypto evangelists like Caitlin Long and others, Wyoming is on the path to becoming America’s crypto state.

Mainland access to both the crypto space and the US financial system via SPEEDY institutions, DAO LLCs, and other laws with an open mindset towards new ideas is the elixir that will bring the web3 space to the state.

The approach taken by the state authorities is akin to the creation of Silicon Valley, and Wyoming is cryptos Mecca. One thing is sure: the State will continue to lead while others follow in the space.

Dogecoin (DOGE) $ 0.069949
We use cookies to personalise content and ads, to provide social media features and to analyse our traffic. We also share information about your use of our site with our social media, advertising and analytics partners who may combine it with other information that you’ve provided to them or that they’ve collected from your use of their services.
Accept
Read more
Change Settings
Cookie Box Settings
Cookie Box Settings