With Riots Erupting in US Cities, Using Tools of Peaceful Protest Can be More Meaningful 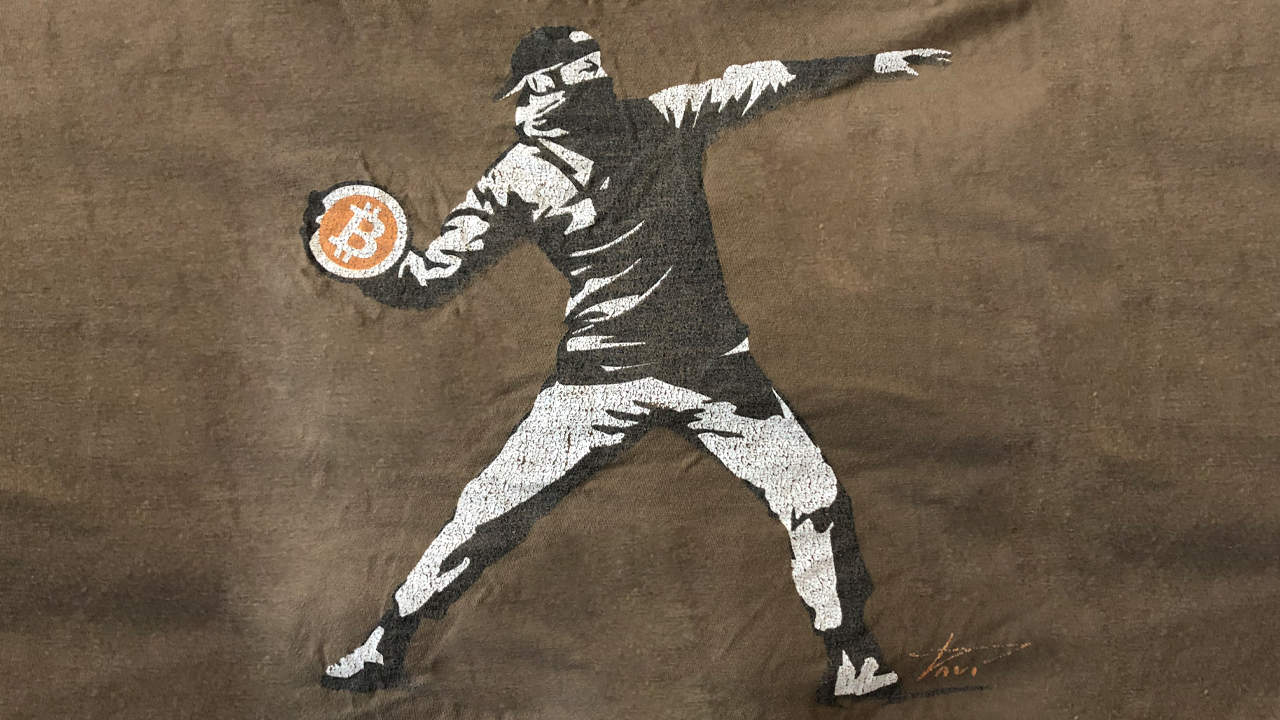 During the last six days, America has been feeling the wrath of a myriad of protests and riots in nearly every major city across the nation. The U.S. is experiencing an uprising like never before, but some of the protests and demonstrations could be more peaceful. Acts like not voting for the political class, and using alternative monies like bitcoin can go a long way when it comes to civil protest.

Contents hide
1 America Is on Fire, Governors Invoke Curfews, National Guard Deploys, and Martial Law Starts Trending on Twitter
2 What Pushed People Over the Edge?
3 A new President Will Not Fix a Dysfunctional America, But Opting Out and Counter-Economics Will
3.1 Tags in this story

The protests have become unruly and that is because law enforcement has attacked crowds of innocent peaceful protesters, there are hired groups of inciters there to start violence, state provocateurs have been caught on camera inciting violence, and people are fed up with the decades of police brutality. 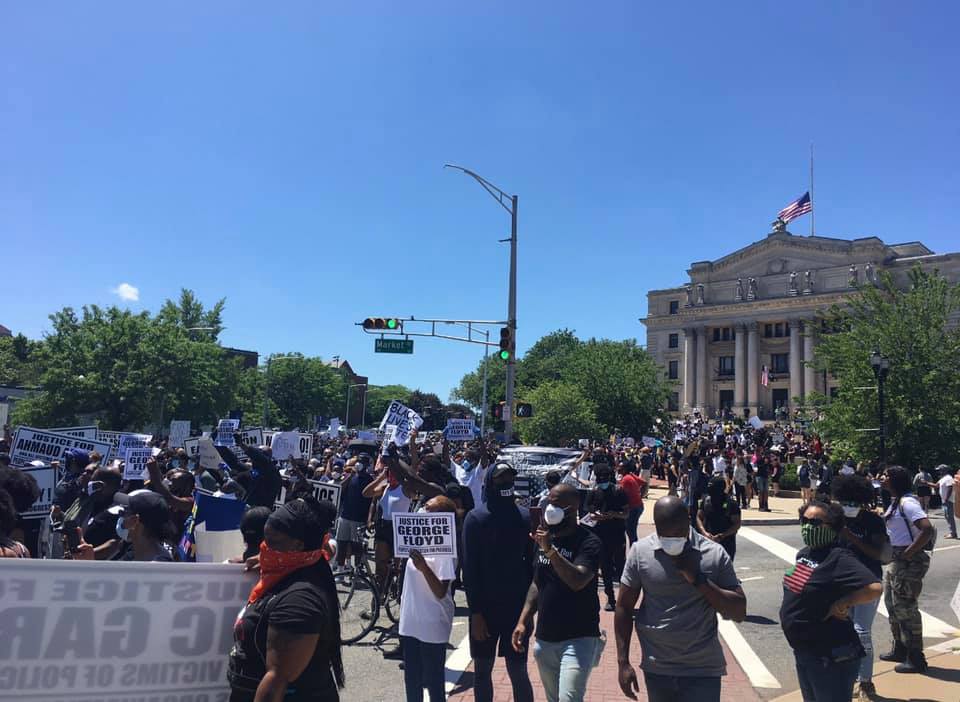 However, there are other ways people can protest the nation-state’s wrongdoings and immorality, by simply not participating in the corrupt system. By leveraging bitcoin and other means of counter-economics, by not voting for masters, and avoiding the status quo at all costs can be far more peaceful than any street demonstration. 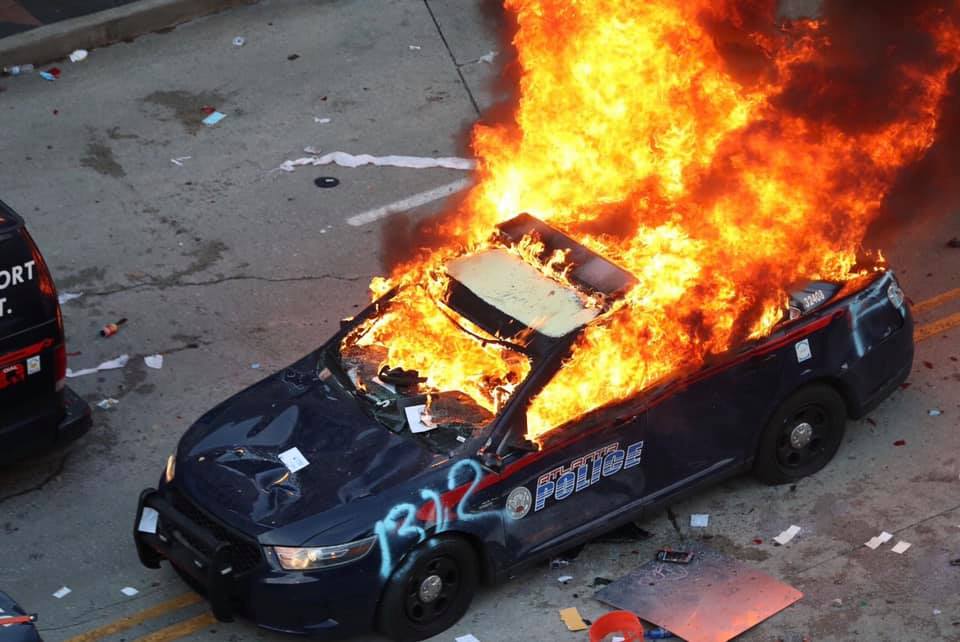 Just recently a man named George Floyd was killed when an officer kneeled on his neck for close to ten minutes. There is video footage of the incident and three other officers watched their coworker cause harm to the unarmed man. Floyd is not the only individual that American police have killed and most of the time, U.S. officers never get in trouble for police brutality or killing an innocent. 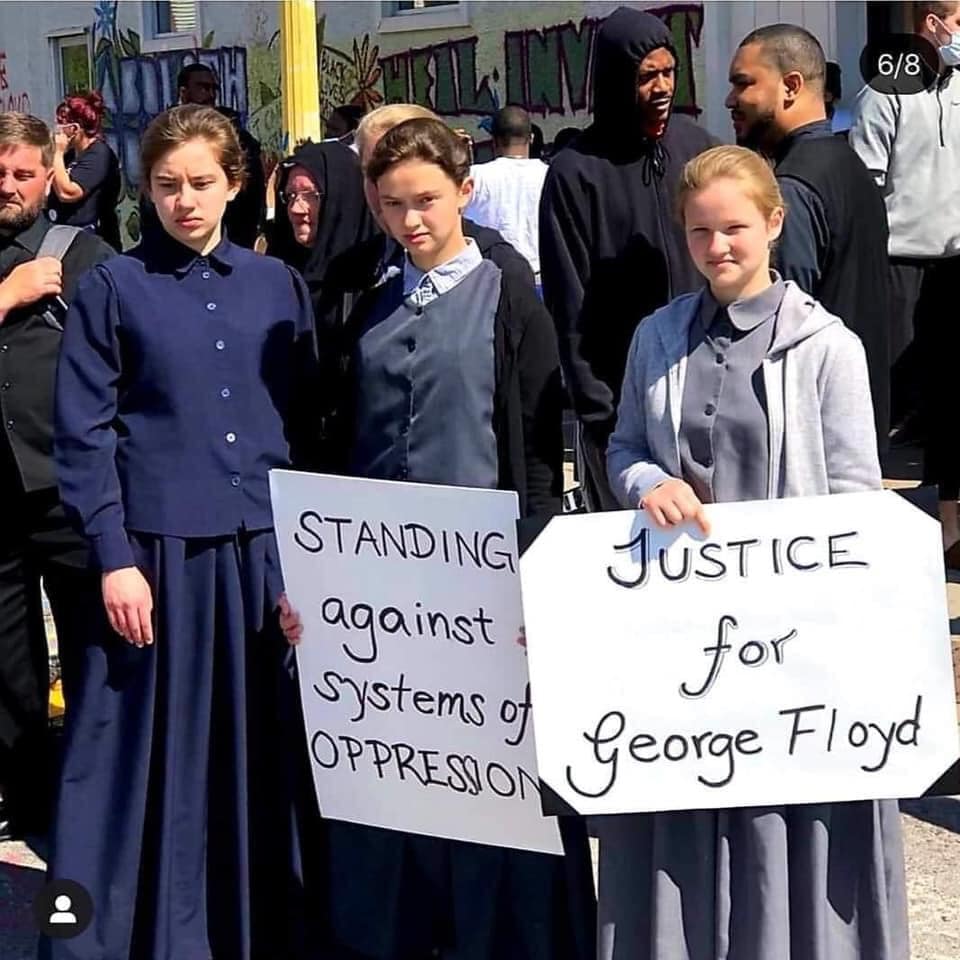 What Pushed People Over the Edge?

We have to understand that people were locked down and told to stay-at-home for three straight months. They are forced into lines, plexiglass windows in their faces, and fined for not wearing masks. Three months later the data is very concrete— And Covid19 wasn’t as scary as everyone thought. The very “best estimate” was 0.4% by the CDC and a lot of people know it’s lower than that with antibody tests and the fudged death counts. People lost their jobs and they can’t eat.

Some people live in the projects and inner cities with barely anything to their name. Paycheck to paycheck they live. More than 1/3 of the American nation is unemployed. Many are hungry. Can’t pay the rent. Suicide and depression are rising super fast. Mortgages are not being paid. Rent can’t be paid. People are still being harassed for social distancing, masks, and the lines and circles painted on the ground. The media hyped them up. The government and ‘expert’ doctors lied and over-projected by 1000X or more. They scared people and caused trauma to their children and took them all out of school. 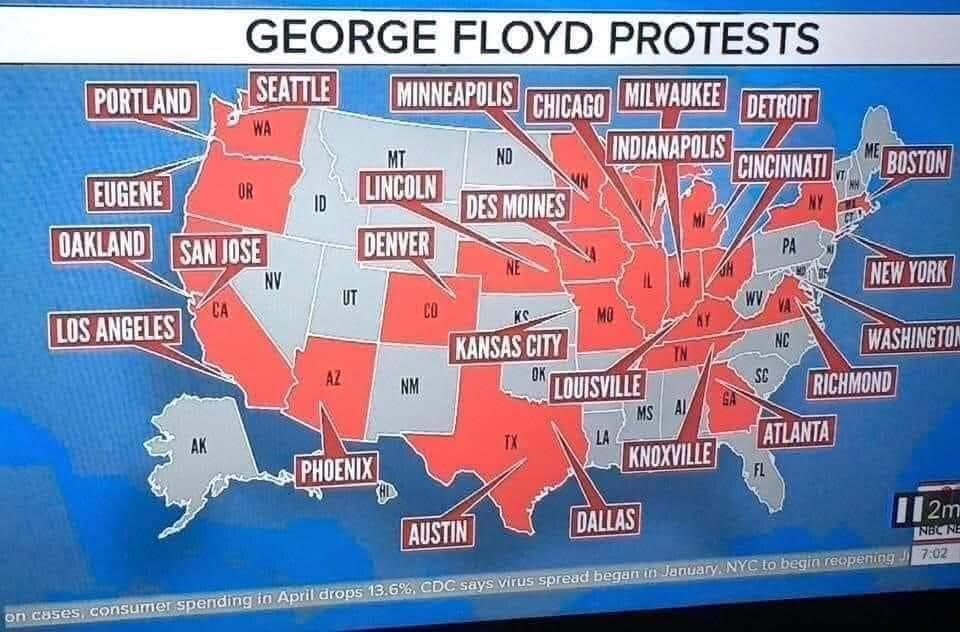 Then some officer kills a man for allegedly passing a counterfeit $20 bill, after the Federal Reserve has been serving counterfeit money for decades. Police have done this so many times before. A man’s neck was kneeled on for close to ten minutes straight. It took the police days to put this officer in cuffs. The three other officers have not been cuffed. Crimes like this have been committed so many times before, and officers are hardly ever held accountable.

In addition to the police brutality that is never really addressed, the U.S. government has been manipulating the populace and stealing from the people for years on end with austerity measures and heavy taxation on income and property. They inflate the dollar and never have jailed a banker – except Bernie Madoff, because he stole from them. Wall Street, the banking cartel and Federal Reserve have destroyed the nation’s money system.

The elite in America and many other nation-states, has pushed and pulled people using division by leveraging democrat and republican parties, divided us by race, gender, and made us hate our brothers and sisters, family members. US healthcare sucks, the American education system is horrible, the monopoly of US law enforcement is more about revenue than protecting and serving.

There have been endless wars initiated by U.S. forces for 20 years straight. Multiple countries. Drones and bombs. Kids are taught violence on TV and they are taught to respect the militant officers. Salute them. Death by war is memorialized by the celebration of war. Kids from inner cities and kids who don’t know what to do with their lives are recruited into this madness. Children are taught violence is good and to solve things with force.

A new President Will Not Fix a Dysfunctional America, But Opting Out and Counter-Economics Will

The hierarchies and the system in America is wrong and immoral. And people should continue to peacefully assemble and protest if they want to because it is most definitely warranted. But they should refrain from violence, looting, and burning. That’s not the way to solve the issues at hand. “We the people” are made up of individuals and we need to evolve. Evolution, not Revolution. If we violently overthrow the system, then a violent regime will simply take over again. 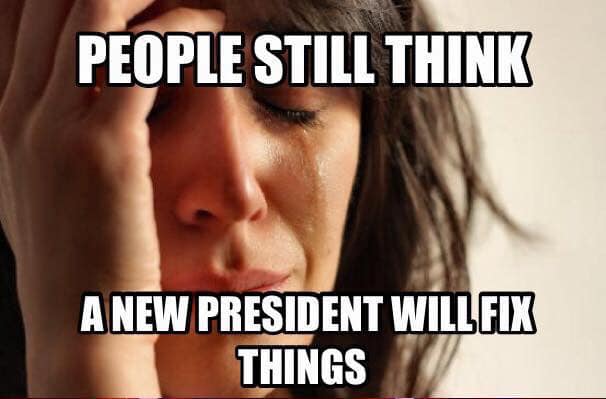 The madness and insanity will never end, unless we remove the political class nonviolently. There are ways we can peacefully protest without madness. We can use the counter-economy and things like bitcoin to opt-out. We can walk away from the hierarchical systems of manipulation. Stop participating in the system. Don’t vote. A new President will not fix a dysfunctional America. Avoid the political class at all costs. Remove yourself from the division.

Libertarians have been saying things like this for years. The system of law is unjust and the monetary system is fraudulent. They use censorship-resistant money in order to avoid the corrupt system and the more people that follow, the more power “we the people” have. Think about it, instead of taking a chance of getting arrested and hurt in a violent mob, you can use your money to circumvent the elite instead. Without the power of money, the immoral state is useless. They could not fund endless wars and create machines of destruction.

If the people remove themselves from the fraudulent economy by leveraging barter and trade, hedging with precious metals, and leveraging digital assets, then there’s a great chance of removing the state’s monetary power. If we stop voting and ignore the left and right parties, we can opt-out of the political system and move forward. If we continue to participate in the corrupt system, then people will never learn and fraud will continue with no end in sight. Bitcoin is peaceful protest. Not voting is a peaceful protest. These two acts alone, can help the country a great deal than any mass protest will ever do in a lifetime.

What do you think about peaceful acts of protest like leveraging bitcoin and the counter-economy? Let us know in the comments below.

Study: Volcanoes on Mars were to blame for massive mud flows, not lava

The first Atari VCS units should be ready by mid-June