Cryptos have not been in existence for a long time. Therefore, there is not enough data yet on whether crypto is a great investment during stagflation and whether stagflation is good or bad for the markets. But, the global markets seem correlated and crypto is yet to decouple from the stock markets.

Economic stagnation happens when the economy is growing slowly and failing to meet the needs of its people. In the case of stagflation, the economy fails to develop and is dominated by high inflation. Stagflation is considered a contradiction since these circumstances mostly do not coincide.

Whenever stagflation happens, an economy grows slowly, and cases of unemployment increase. In the meantime, prices continue to increase as if firms are selling everything they can manufacture. There is reduced demand for goods and services, which might eventually result in greater unemployment. 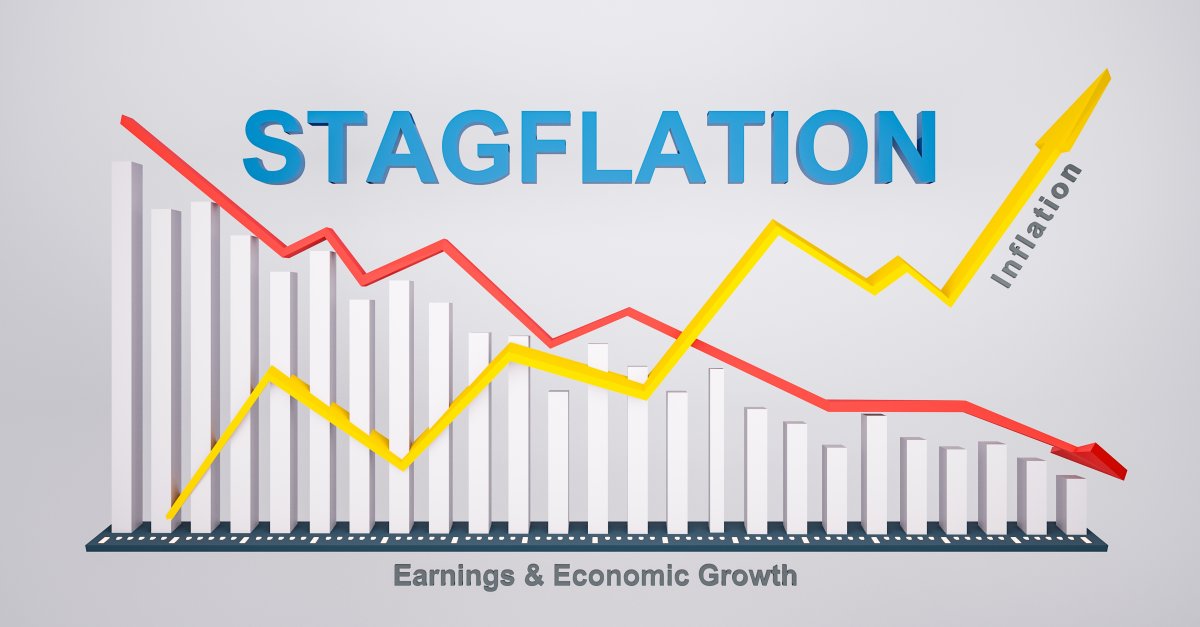 In an economy that has high inflation rates, people do not know the amount of capital they might need in the future. Analysis shows that inflation makes it challenging to plan and invest in the present since nobody knows what their income will be after some time. This increases uncertainty and reduces growth. Hence, stagflation is economic stagnation combined with inflation.

One of the most notable examples of stagflation happened during the 1970s when many developed economies experienced rising inflation, gradual economic growth, and high unemployment because of global fuel shortages. Stagflation might also happen because of monetary and fiscal policy, including when the United States decoupled its dollar from the gold standard in the said period.

Stagflation can arise from an elevated cost of living that eventually outpaces consumer demand, production levels, or a reduction in the gross domestic product, which happens whenever governments impose some austerity measures. There are many other causes of stagflation, including monetary policy errors and supply shocks.

A supply shock is an event that makes the prices surge without any change in the aggregate demand or firms’ inventory. The shocks might be provoked due to human actions. For instance, a conflict between nations might increase the prices of oil or another important output in the production process, leading to cost-pull inflation, which is essentially inflation because of an upsurge in the costs due to increasing wages and raw materials.

Supply shocks can also arise from increases in prices because of natural disasters, resulting in higher prices. Hence, an alteration in the production process might result in a drop in the supply of services and goods, resulting in demand-pull inflation, a particular type of inflation that is caused by supply shortages.

On the other hand, monetary policy errors refer to the way central banks manage their nation’s money supply. At times, they make too much money available for lending because of low-interest rates. In such a scenario, interest rates will drop, resulting in inflationary pressures on consumers’ wages and prices. Nevertheless, with significantly high-interest rates, a drop in economic activity might also cause stagflation. 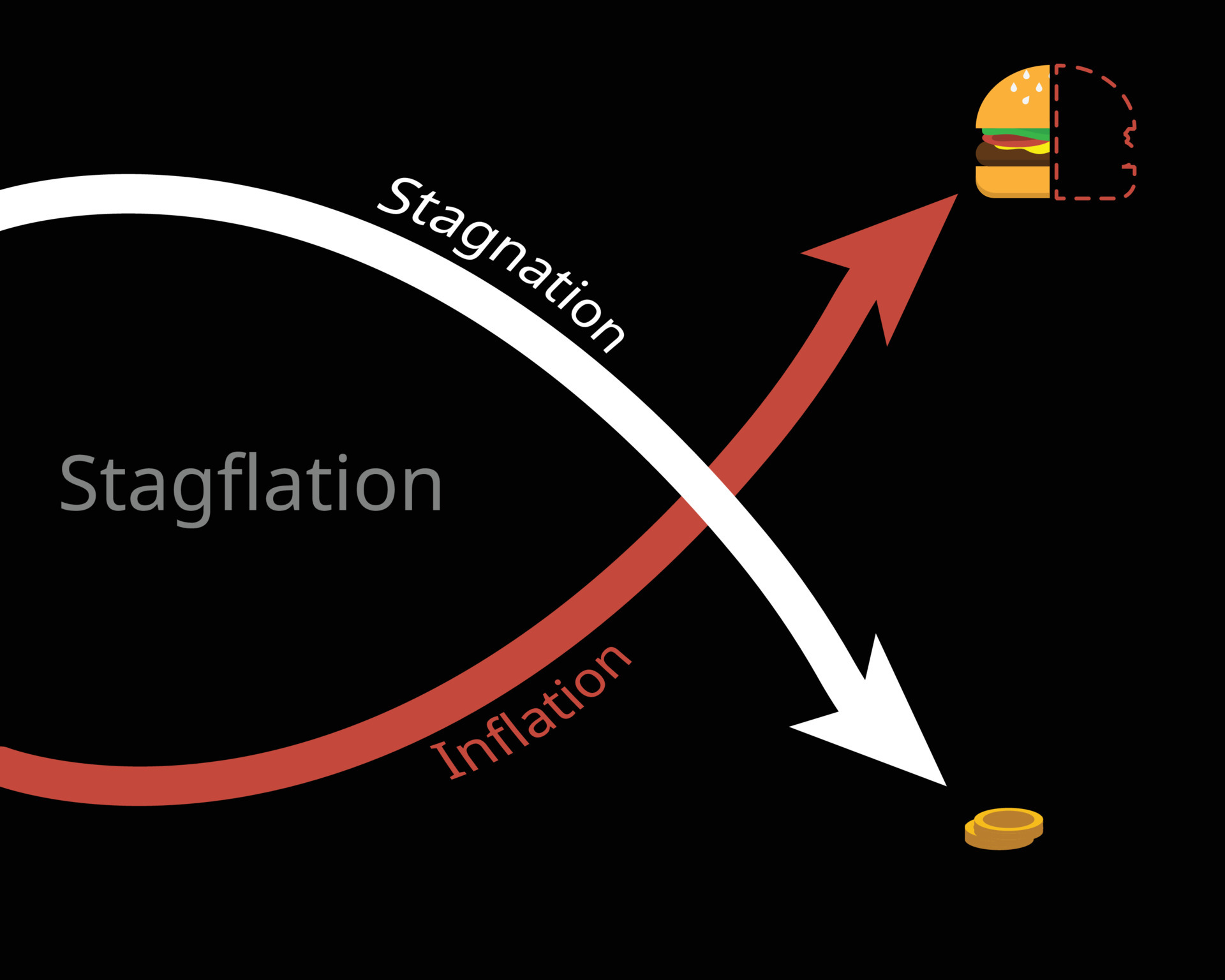 How Does Stagflation Affect The Crypto Markets?

Cryptos have been around for about 13 years. Therefore, there is not a lot of data yet on whether this asset class is a great investment during stagflation and whether stagflation is bad or good for the markets.

To determine whether crypto investments work well during stagflation, one may examine how the traditional markets function during stagflation or inflation and why. Stagflation is mainly bad for the traditional markets, and as crypto markets have a huge correlation with the general indexes, which means that any negative sentiment can easily trickle into cryptos which are digital assets that are managed using cryptographic algorithms.

Generally, the investors who have their money locked in traditional instruments might be ready to ride out periods of economic uncertainty compared to the crypto investors who encounter higher volatility often. During stagflation, therefore, there might be less demand for cryptos than normal.

Stagflation might also hurt crypto markets since it makes retail investors less interested in acquiring any digital assets. Eventually, high inflation directly affects the amount of money that people have to buy crypto, which is considered a highly risky investment.

Yet, subject to one’s crypto investing strategy, one might decide to invest in the assets over traditional financial options. Cryptos run on a blockchain and are not linked to any specific nation’s monetary policy like the case of fiat currencies.

When inflation surges in one nation but not another, the investors can capitalize on the gains realized via crypto investments, even when their home currency loses value because of inflationary pressures.

Investors will mostly seek ways to protect their wealth from stagflation, mainly in nations like Argentina or Venezuela, where hyperinflation happens. Hyperinflation is a case where there is a quick and uncontrollable price increase of essential goods and services in an economy.

Related: Art as an Asset: Will NFTs Help You Survive Hyperinflation?

Here crypto investments function well during stagflation since they offer an alternative payment means and protect against hyperinflation. People might decide to avoid hyperinflation by Re-directing some of their reserve funds into Bitcoin (BTC).

What Does Stagflation Mean For The Bitcoin Market?

Since stagflation arises alongside high inflation and a severe economic downturn, Bitcoin can be seen as a possible hedge against inflation and concurrently as a risky asset whose price could drop massively during an economic decline.

Bitcoin might be viewed through the same lens as gold, which has functioned as a hedge against inflation for many years. Notably, bitcoin can naturally be an excellent hedge against inflation. First, Bitcoin is a decentralized global means of payment that is beyond the control of centralized authorities. Governments do not have any control over the crypto, making it nearly immune to monetary policies and possible corruption.

Furthermore, Bitcoin is a scarce asset, since only twenty-one million is the maximum that can come into circulation. It is also deflationary because the number of Bitcoin that goes into circulation halves after almost every four years. Due to this scarcity and finiteness, it is also known as digital gold or a ‘store of value.’

Generally, the prices of risky investments drop when interest rates surge. As the crypto market developed a considerable correlation with the stock markets, much will depend on if Bitcoin can break its correlation. This process might take a lot of time, also considering institutional adoption.

Stagflation might be a catalyst for Bitcoin and crypto adoption. This might happen in case it turns out that the debt economy countries build on is unsustainable. When Bitcoin is seen as an alternative or hedge against a weakening financial system, prices and adoption can surge in economically uncertain conditions. A tipping point might come when public trust in Bitcoin surpasses trust in the current economic network.

How To Combat Stagflation

To avert the effects of stagflation, the government can implement fiscal, monetary, and other policies that increase the rate of economic growth. Crypto might eventually prove to be a tool in itself.

The first tool is fiscal policy. Through an expansionary fiscal policy, one can grow government spending or reduce taxes to grow the aggregate demand and stimulate economic growth. The government can reduce spending to help in minimizing the demand for services and goods, which might slow down inflation. 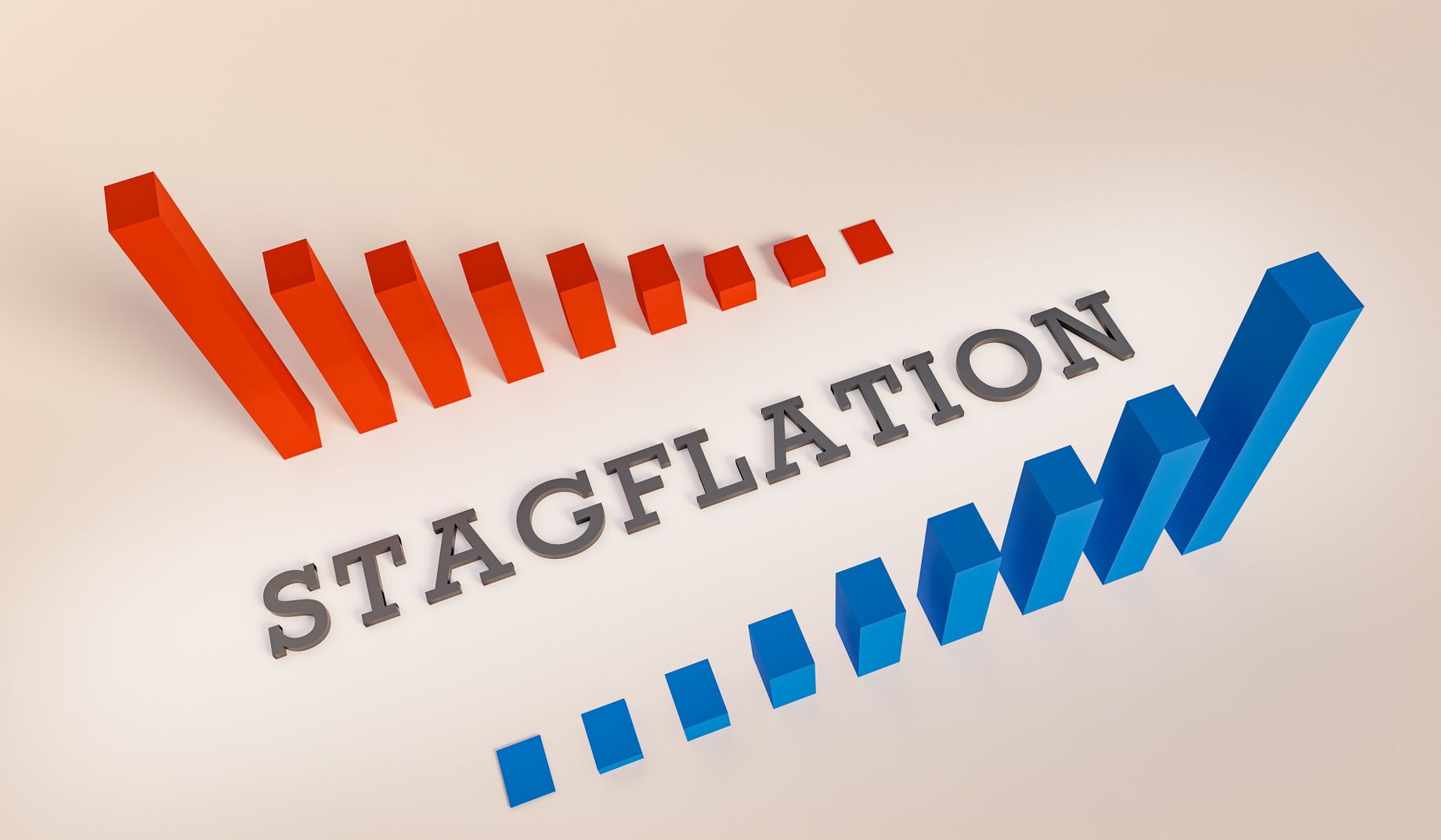 The second tool is monetary policy. It involves the manipulation of interest rates to try and stimulate the entire economy. Central banks utilize a low-interest rate policy to reduce the cost of borrowing money. Interest policy can also help minimize the amount of money circulation to reduce the money supply, which may assist in boosting economic growth in the long term.

Related: How Will Continuous Interest Rate Hikes In 2022 Affect Bitcoin?

The third tool is to try and minimize unemployment via active labor market policies. Nonetheless, here there is a risk of built-in inflation, which mostly refers to the demand for wage bonuses in the labor markets to meet the increasing cost of living. Yet, this mostly results in businesses pushing up the prices of goods and services to help offset the increasing costs of wages.

In case these measures fail, other options that may be used include devaluing the domestic currency or raising tariffs to ensure exports are competitively priced on the foreign markets. Selling bonds and other financial instruments can reduce the money supply by taking the amount out of circulation.

Cryptos might also directly help in fighting stagflation by enabling people globally to participate in global trade without having to go to a bank or a different institution. The growing access that people have to international markets can help in boosting global economic conditions and result in more sustainable growth in general.