It has also exposed the fact that emerging computational processes such as elliptical analysis and others have been able to identify different kinds of transactions to a degree never seen before on pseudonymous blockchains.

It also presents the ever-present dilemma developers of such infrastructure face all the time. On one hand, we have individual privacy and the individual right to privacy. While on the other hand, the abuse of privacy exists.

While these questions will continue to be a chicken and egg question,  the evolution of privacy-oriented wallets will be an ongoing concern.

One of such privacy-oriented wallets is Unstoppable Wallet. This wallet developed by Dan Dadybaev and Aibek Esengulov and Horizontal Systems has been a breath of fresh air to members of the cryptocurrency space.

Launched in 2019 and with over 20,000 downloads so far on both App Store and Google Play, the privacy-oriented wallet has broken boundaries.

We reached out to Dan Dadybaev and Aibek Esengulov and Horizontal Systems at Unstoppable Wallet about this and other issues. Here is what they had to say. 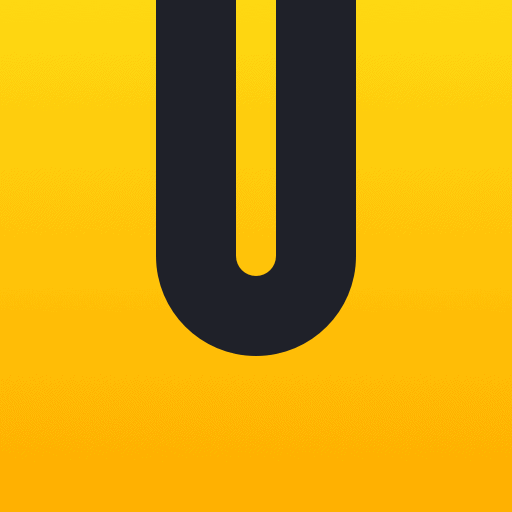 At some point in our careers, we had a realization that technologies like Bitcoin, Ethereum and blockchain technology in general are practically ready for prime time.

We were familiar with Bitcoin since 2014 but started actively working with the technology in 2017 after we saw that it already enables us to be in the financial game while being able to stay outside the traditional finance layer.

It’s a non-custodial wallet aimed at crypto investors. This wallet was built for portfolio management and active investing while adhering to security best practices.

The wallet is engineered around the needs of someone who is actively investing in crypto and has high standards for security and privacy.

It currently happens to be one of the most advanced wallet applications available on the market.

Non-custodial wallets transfer the responsibility for the security of the funds from the wallet provider to the wallet user.

When the wallet is built per non-custodial principles the ability to execute transactions is exclusive to the user and no other entity. The wallet provider has no means to interfere with the user’s ability to transact.

In contrast to non-custodial wallets, custodial wallets work like a traditional bank where the bank has full control over the clients’ assets and can freeze funds on accounts or restrict users from accessing the platform.

Typical financial instruments act as custodian of the client funds. Banks and exchanges are some examples of this. In such cases custodian entities pose a third party risk to the assets of the clients. In case of Unstoppable since the wallet is built per non-custodial principles such risks are non-existent.

That being said, it doesn’t mean there are no risks at all. There are risks that can occur as a result of malfunctioning software or presence of security bugs in the software powering the wallet app itself.

We welcome corrections and consider them as stress tests for the Bitcoin ecosystem.

Every crash, especially a major one, makes Bitcoin stronger and more resilient to future volatility. Just like various blockchain networks welcome stress, the Bitcoin community should welcome turbulence once in a while.

Then we can see how resilient the Bitcoin ecosystem is to price crashes, institutional dumps, miner revolts, massive selling, government bans, and whatever.

We tend to think of Bitcoin as unstoppable but at the same time we haven’t seen the full extent of the powers that are betting against it.

The success of Bitcoin and its adoption by the mainstream also means the end to many fiscal policies and the status quo of financial institutions as we know it. So, there is an invisible and massive wall that will resist Bitcoin along its growth trajectory.

Governments and all kinds of regulators are likely going to have strained relations with Bitcoin, Ethereum and alike technologies moving forward.

After all these technologies can potentially alter the type of relationship citizens have with the governments and regulators.

In many developed nations outright banning something like Bitcoin is not an easy task. Even if it’s banned, enforcing that ban on a practical level is close to impossible.

So, the chances of some democratic nation banning Bitcoin or Ethereum are slim but various forms of aggressive regulations are expected.

This year has been great. Our team was able to deliver most of the planned features and started to get noticed by heavyweights in the space. The wallet was recently added to the list of recommended wallets both on Bitcoin.org and Ethereum.org.

All of that, along with an increasing interest in crypto from the mainstream, brought to us a significant number of users looking for a capable instrument for investing in cryptocurrencies.

We are specifically focused on the investment-oriented segment and built the features around the needs of those people.

When compared to other wallets, Unstoppable stands out in its ability to provide trustless communication with the blockchains it supports. In other words, not only Unstoppable provides non-custodianship but also capability to trustlessly verify the information returned from the blockchain for validity.

Even some of the highly regarded non-custodial wallets are lagging behind when it comes to this aspect. Moreover, such setup keeps Unstoppable wallet users connected directly to the blockchain rather than relying on a middle man to send/receive transactions.

Unstoppable is built using native mobile technologies which makes overall user experience smoother and overall more responsive. Only a few wallets are built this way as it’s considerably expensive and in general a harder process.

Unstoppable engineered to ensure users are able to access and transact in crypto from anywhere at any time.

Being a non-custodial wallet is just one aspect of ownership. Some wallets are non-custodial but at the same time depend on some 3’rd party server to send/receive transactions.

Unstoppable engineered to work without reliance on a single point of failure (for most blockchains) and built to work as long as the phone is connected to the internet.

Another major benefit of using Unstoppable comes from enhanced privacy mechanisms built into the wallet i.e. ability to mask internet activity even from internet service providers. The wallet does not create accounts or collect/share any data about users.

Unstoppable is probably the only wallet with multi-wallet capability enabling users to have an unlimited number of wallets where each wallet can be used for any number of coins.

Along with this there is a newly added feature which enables users to use a single mnemonic passphrase for an unlimited number of wallets making it extremely easy to manage multiple portfolios.

One of the key ideas driving the engineering and creative process for Unstoppable is to make a decentralized financial layer accessible, easy and enjoyable.

Unstoppable tries to educate users as they interact with various features and keeps complexities under the hood. If you refer to the available public feedback it’s often branded online as the easiest wallet to use.

And that is while being one of the most advanced wallets in the ecosystem.

Despite ongoing progress on various fronts to make cryptocurrency and its usage easier, the barrier to entry is still fairly steep, especially for non-technical people.

For instance, the idea of keeping your own private keys is something many people fail to grasp on a first encounter.

The usage aspects such as transaction fees, decentralized exchanges and other DeFi services are even more difficult and often require some time before the user gains an understanding of how these things work.

We address that we created two onboarding courses for Unstoppable users. One that teaches users everything there is to know about storing, transaction, buying and selling cryptocurrency. And another one builds upon the concepts in the first one, onboards users into the world of DeFi.

For humanity, cryptocurrencies and blockchain have opened up ways to agree on things in a reliable and transparent manner without the need for a mediator party. In practical terms, these technologies have the means to make global society more just, transparent and efficient.

As blockchains enable value storage and transfer people are now able to hold and move wealth independently rather than relying on an entity to do that for them. That aspect alone can have profound implications on a way we interact and do business globally.

Decentralization is not about teaching people cryptography, or aspects of digital sovereignty but more broadly to foster economic growth and global inclusion by replacing inefficient and biased institutions with impartial algorithms.

There are short term plans to integrate the Polkadot, Solana and Cardano blockchains bringing the coverage to 98-99%.

Yes, it’s on the roadmap and we are already working on it.

The main utility for Unstoppable token will come from the ability to access high-level limited analytics and research features i.e. on-chain analytics for tokens.

We believe our approach will demonstrate the ability for decentralized applications to build token powered revenue streams without having to raise funds or market the token as a speculative instrument.

We have been working on that for a while already and expect to see it in production by the end of July 2021.

On a priority level we are looking to add support for Polkadot, Solana, Monero and THORChain. Once those are added we’ll add blockchains requested by our users given that there are no underlying issues with them.

We don’t target the Gen Z audience specifically as the oldest people in that segment are still fairly young and unlikely to have spare funds for investment in crypto assets.

Our key segment are well off millennials which are looking to invest their assets. If they already approach crypto as the asset of choice then why will surely need one of our instruments.

Please, can you tell us more about the trustless communication process between the unstoppable wallet and cryptocurrency tokens and their underlying blockchains and distributed ledgers?

The basic principle behind all non custodial wallet apps is the idea that only the wallet user can move/send/spend funds on the wallet. In practical terms, this means that only the person in possession of the wallet app can broadcast a valid transaction.

A wallet app that uses trustless communication with the blockchain provides several advantages to the user:

We see it replacing mainstream wealth management instruments 🙂 It looks as a logical outcome taking into account why, how and for whom we build the instrument.

Unstoppable is considered a secure wallet taking into account that it’s a non-custodial wallet and employs safe key storage mechanisms recommended by Google/Apple. That said, the user is expected to keep their phone OS up-to-date, free from unreliable third party apps and in general observe security best practices i.e. not clicking on weird looking links or ads on adult websites.

No major wishes to be honest) Things are already progressing well and much faster than we could have envisioned in the past… That said, it would be exciting to see when some cryptocurrency like. Bitcoin starts being used as the primary settlement layer between governments and big crops.