TrueFi (TRU) is a crypto lending uncollateralized protocol that has emerged as a leading credit protocol in the decentralized finance (DeFi) space.

One of the major ideas that have helped in making crypto and blockchain technology the phenomenon that it is has been the concept of decentralized finance.

This is the concept that since many people around the world do not have access to traditional banking services – 1.7 billion people, according to a 2017 report by the World Bank – but still have access to the internet (66% of unbanked people have a mobile gadget), it needs to be easy for them to access financial services that are not linked to any centralized institutions or banks.

The idea of decentralization is a primary element of the crypto world, with the idea that there is no single authority figure that represents a major selling point for most tokens, coins, and blockchain networks.

In the blockchain sector, many transactions are executed daily and a need comes up for a better lending option to guarantee an efficient, quick, and open investment system. 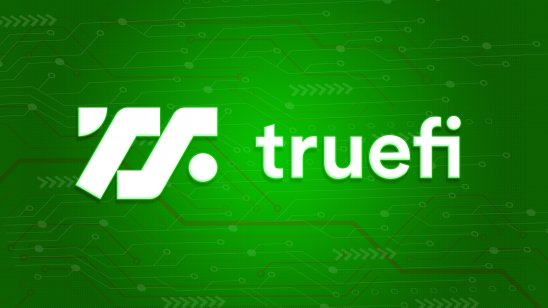 Blockchain startup developers know that offering the DeFi sector a better lending option is an innovation that would enhance the efficiency of the industry and its productivity. Furthermore, efficient credit protocols can take the industry a step further to reach mainstream attraction.

Related: Primary Challenges Of DeFi Every Consumer Must Know

In an aim to offer a viable solution to liquidity problems that limit the crypto sector, projects like TrueFi (TRU) have been developed. The TrueFi developers created an ecosystem that supports the free operation of the protocol. Notably, the project operates freely under the authority of its TRU token holders.

Decentralized finance (DeFi) is believed to be one of the major aspects of blockchain, with its transactions exceeding those of all other financial institutions. In its aim to offer an alternative to traditional financial services, decentralized finance welcomed the TrueFi project, which offers loans and credit.

TrueFi is a protocol that provides dependable and secure uncollateralized cryptocurrency lending services. It was created to solve transaction challenges that blockchain technology could not offer on its own, using the blockchain ecosystem.

The adoption of TrueFi by DeFi progressed over the years, increasing the efficiency of borrower’s capital and assisting in the maintenance of one of the sector’s underwriting records. The benefit of using TrueFi over traditional financial services is that TrueFi lays lots of emphasis on lenders and not borrowers.

TrueFi is currently on a mission to become a major and the most widely adopted and trustworthy protocol for uncollateralized lending operations on a blockchain. Thus, it has sought to keenly build its protocol in different phases toward the accomplishment of its stated goals.

During its first phase of development in late 2020, the initial version of the TrueFi protocol was launched and TRU tokens were issued to the market. That phase just enabled institutional borrowers to access the lending services after completing the AML/KYC review, followed by the mandate to sign a legally-enforceable loan agreement. Furthermore, new borrowers were just eligible for a restricted amount of loan offers.

The second phase launched in the first quarter of 2021. At that time, the protocol unveiled some new components and features to further boost its functionalities. At this point, it launched the liquid exit feature to enable lenders to exit the TrueFi Lending Pool directly into the asset that the lender utilized to join the pool.

This phase also witnessed the protocol releasing an enhanced staking model and the whole launch of its on-chain governance. It offered stakers the chance to readily stake on the general protocol instead of being compelled to stake on individual loans.

Related: How TrueFi Capital Market Will Change the Future of DeFi Credit

Moreover, the third phase of its development started in the second quarter of 2021. At this stage, TrueFi debuted more USD-backed stablecoins to the protocol. These stablecoins included Tether (USDT) and USD Coin (USDC).

The developers went on to implement a highly robust credit model for onboarding borrowers. In that context, the launch of exclusive Lines of Credit coupled with tradable loan tokens happened.

TrueFi continued to the fourth phase of its roadmap in the third quarter of 2021. At this point, the protocol extended support for arbitrary ERC20 tokens like the WETH pool, WBTC pool, and other similar tokens. After that, TrueFi progressed into letting lending pools offer liquidity on all Loan Tokens and line-of-credit tokens, where it also provided other protocols with access to participate in Loan tokens and Line-of-Credit primary fundraising. 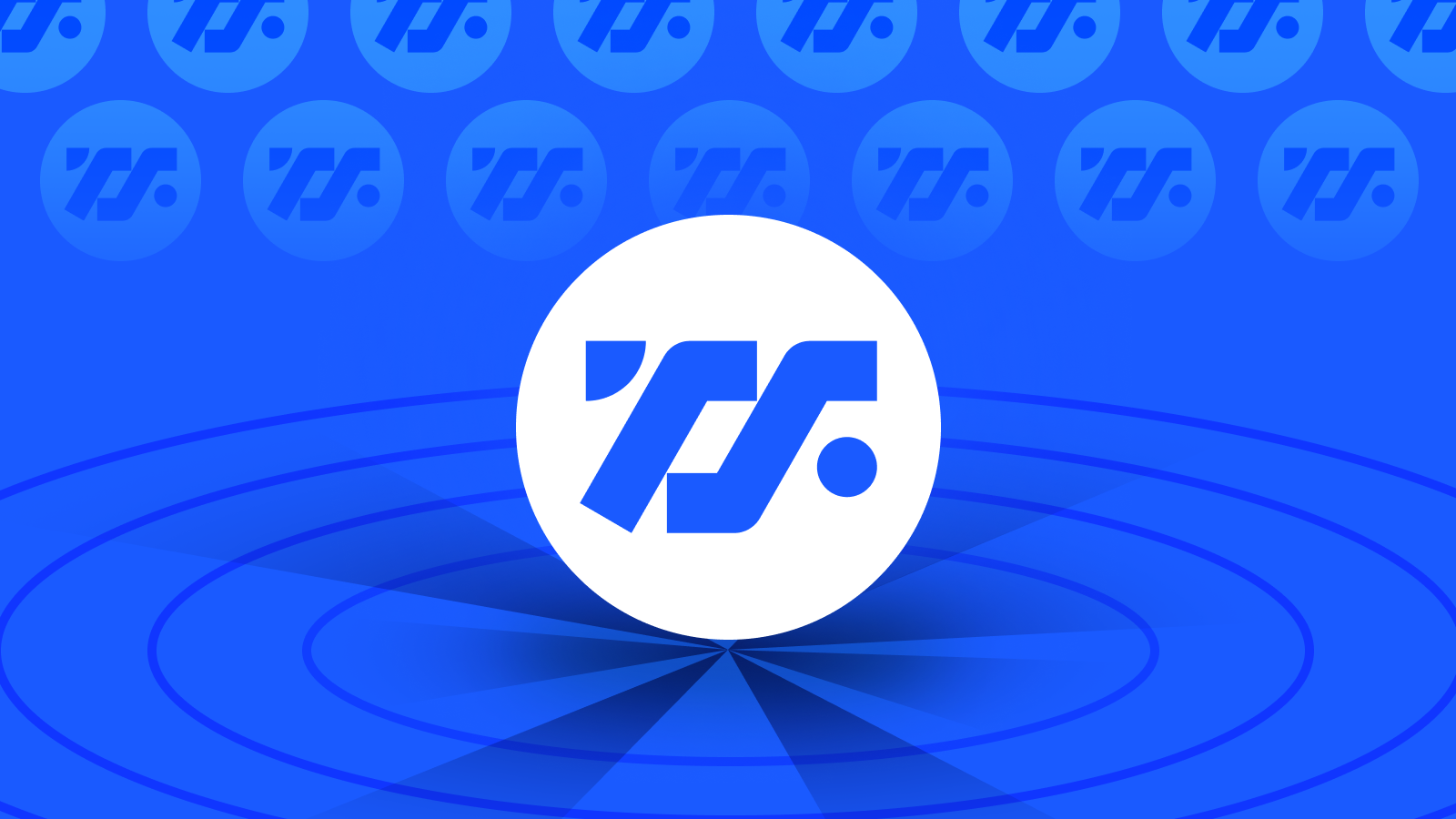 TrueFi as a financial utility provides crypto lenders with the privilege to earn various rewards and offers lending, borrowing, and managing asset services. It achieves that by putting up such funds for the borrowers.

Lenders put their crypto in a pool that mostly depends on 3 categories of stakeholders: borrowers, lenders, and portfolio managers.

What makes the network somewhat different from other crypto lenders is that it mainly focuses on the people making the loans instead of the users who are applying for these loans. The TrueFi whitepaper says:

“TrueFi allows lenders to earn returns on loaned cryptocurrencies while having full transparency on how the loaned capital is allocated. Vetted borrowers, meanwhile, can use TrueFi for rapid access to fixed-term, fixed-rate cryptocurrency loans.”

As needed by all blockchain-based networks, TrueFi has its in-house token – TRU. This crypto serves as a method to pay for transactions on the network and as a recognized share in exchange for a reward.

These are the three primary categories of stakeholders in TrueFi: 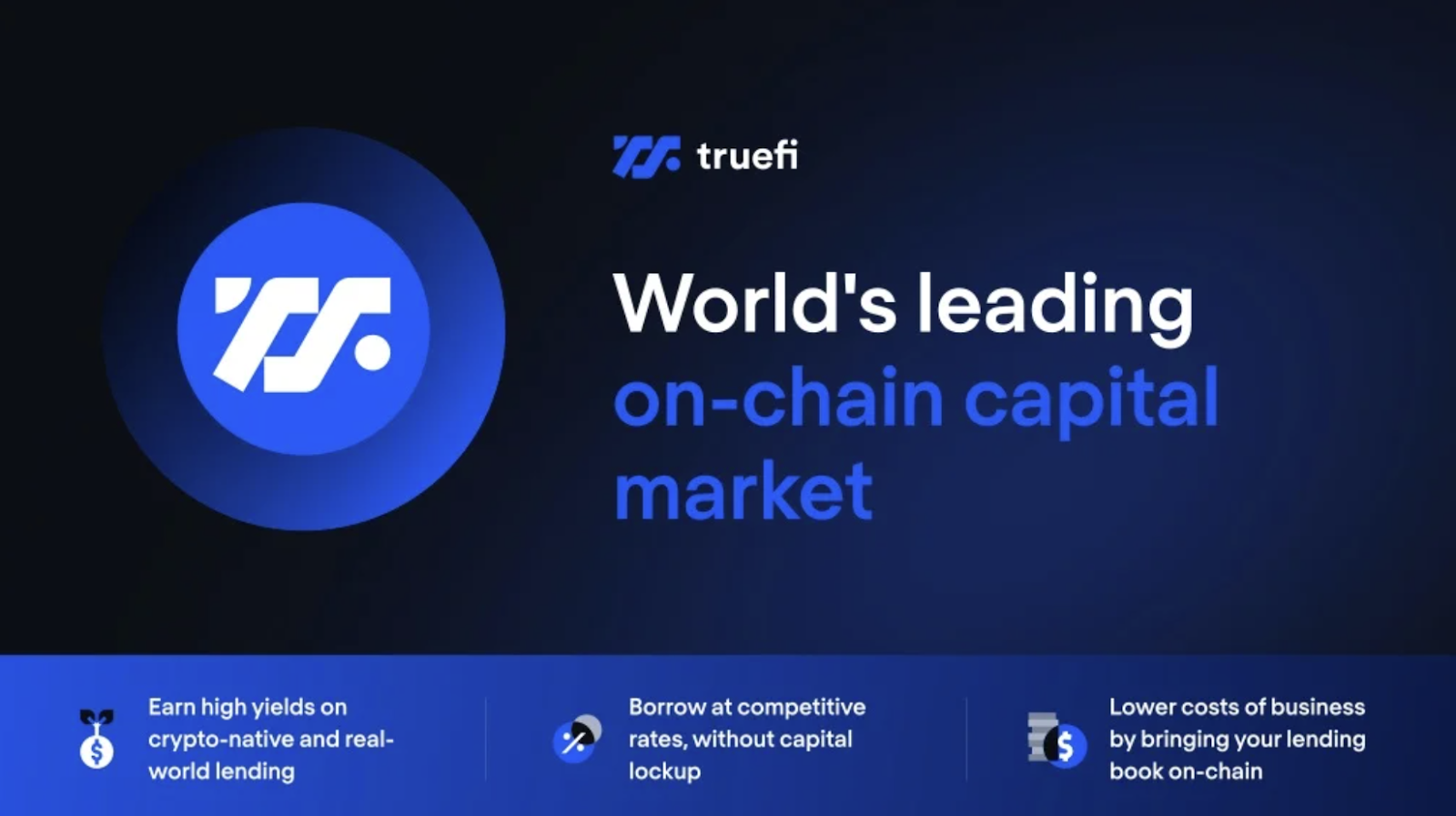 All the decentralized lending protocols rely mainly on input from token users and TrueFi is not an exception. TRU is TrueFi’s native token that uses a DAO model with a reliance on the real world to manage off-chain tasks including collections and tax filings.

The TrueFi token is primarily based on the Ethereum blockchain. The protocol gives major decision-making power to the TRU holders via binding on-chain voting.

TrueFi provides a massive range of benefits to its users:

Related: How to Make Money with Crypto Loans: A Simple Guide

TrueFi has managed to successfully become one of the best-used crypto lending platforms since it has so far offered efficient lending services for DeFi users.

Nonetheless, investing in TrueFi might demand caution taking into context the fall of other crypto lending protocols (such as Celsius) which were abrupt and unpredictable. This means that lending protocols might be liable to unexpected and steep crashes.