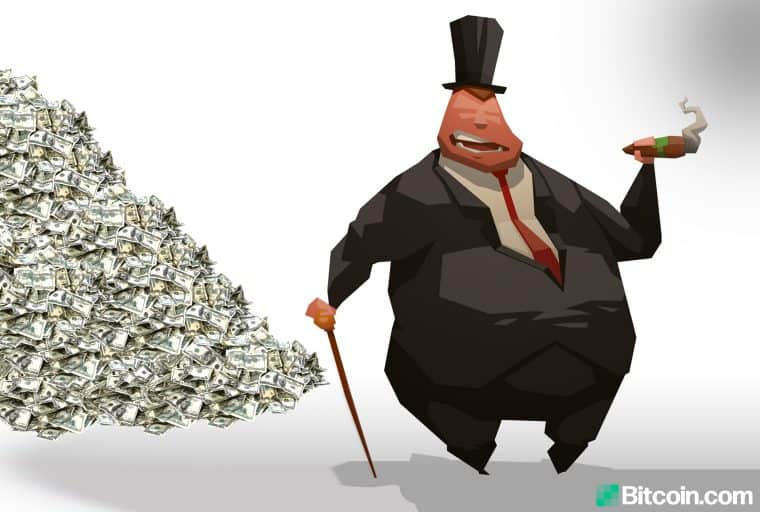 The coronavirus outbreak has caused considerable damage to the global economy and this week the U.S. is facing the onslaught of the scare. As Republicans and Democrats battle in congress over a 2020 stimulus plan, corporate industries are leaping at the chance to get a bailout. While the Fed tosses around trillions of dollars, nearly every major American industry is looking for a cut. The airline industry, the restaurant sector, hotel enterprises, lobbyists, defense contractors and more are knocking at the government’s door looking for a piece of a growing $5 trillion handout.

Wall Street and the corporatists in America who have monopolized certain industries for years are once again seeking stimulus from the U.S. federal government. During the last two weeks, the Federal Reserve has created trillions out of thin air and it seems everyone now wants a piece of the action. Of course, private megabanks are being taken care of as we speak but a large number of American industries are begging bureaucrats for some cash injections and tax cuts.

On March 21, author Matthew Stoller tweeted about the massive tidal wave of corporatists who are begging politicians to be included in the great stimulus plan being penned in Congress. During the 2008 financial crisis, financial institutions, auto manufacturers, and a myriad of industries were bailed out by simply telling U.S. politicians these businesses were in trouble. Corporations that got bailouts after the 2008 collapse included AIG, General Motors, Citigroup, Bank of America, JPMorgan Chase, Wells Fargo, Ally Financial, Chrysler Financial Services, GM Supplier Receivables, Ford Motors and hundreds more.

Stoller’s recent tweet highlights 2020’s list of corporate beggars waiting at the Fed’s doorstep for a handout. For instance, the U.S. airline industry estimates that it will need $150-200 billion to survive the economic catastrophe. Oddly enough, manufacturers of war, like American defense contractors, want payments sped up. Reports nationwide note that the hotel industry is seeking $150 billion from the federal government because revenue is drying up. The trade organization and policy advocates the National Association of Manufacturing (NAM) want $1.4 trillion. While defense contractors are bad enough to fund during times of distress, thousands of lobbyists are seeking funds for businesses as well. The Council of Shopping Centers wants $1 trillion because no one is going to U.S. malls. Stoller stressed in his tweet that Tesla and Amazon want $5 billion in R&D tax credits. The restaurant industry, which was closed across a majority of American states, wants $145 billion to cover losses.

Despite the fact the Americans are consuming more alcohol than usual due to the stress, the beer and wine industry is seeking $5 billion from politicians. U.S. residents have been munching a lot of snack foods and candy during the last week, but the candy and confection industry still wants $500 million. Even the sneaker firm Adidas is looking for some money while the Fed plans to showers corporatists and bankers with trillions. The list of corporations, unions, and financial institutions that are looking for a bailout is enormous and eclipses the 2008 bailouts by a long shot. Not to mention the fact that while the Fed issues trillions of dollars, the American people want some money too because they have been promised $1,000 per month or more amid the economic disaster. Democrats like Michigan Representative Rashida Tlaib have been promising Americans monthly payments of $1K per month and claiming it won’t burden citizens with debt.

Fiat Junkies Fiending for a Fix

The comprehensive list of ‘fiat junkies’ mentioned above barely scratches the surface when it comes to financial institutions and corporations looking for a handout in 2020. Economists understand that once you create trillions of dollars on a whim and throw free money around, monopolies and corporatist unions will start jonesing like drug addicts for fiat and will relentlessly circle like vultures.

This is why Bitcoin’s inventor created a robust peer-to-peer electronic cash system because Satoshi Nakamoto knew in 2009 the bailouts would return in the future. 11 years later, the Fed and central banks worldwide are in the midst of creating massive stimulus plans and bailing out megabanks and corporations. The hardcoded coinbase parameter in Bitcoin’s genesis block reminds people of why the decentralized cryptocurrency was created. The message stemmed from the Times January 3, 2009 headline: “Chancellor on brink of second bailout for banks.”

Today the Fed’s floodgates are wide open and U.S. banks and corporations know if they beg enough they’ll probably get a handout. The system has been monopolized and manipulated for so long, the 2020 bailouts just might get the country’s citizens angrier and a recurrence of Occupy Wall Street protests could easily happen again.

Do you need a reliable Bitcoin mobile wallet to send, receive, and store your coins? Download one for free from us and then head to our Purchase Bitcoin page where you can quickly buy Bitcoin with a credit card.