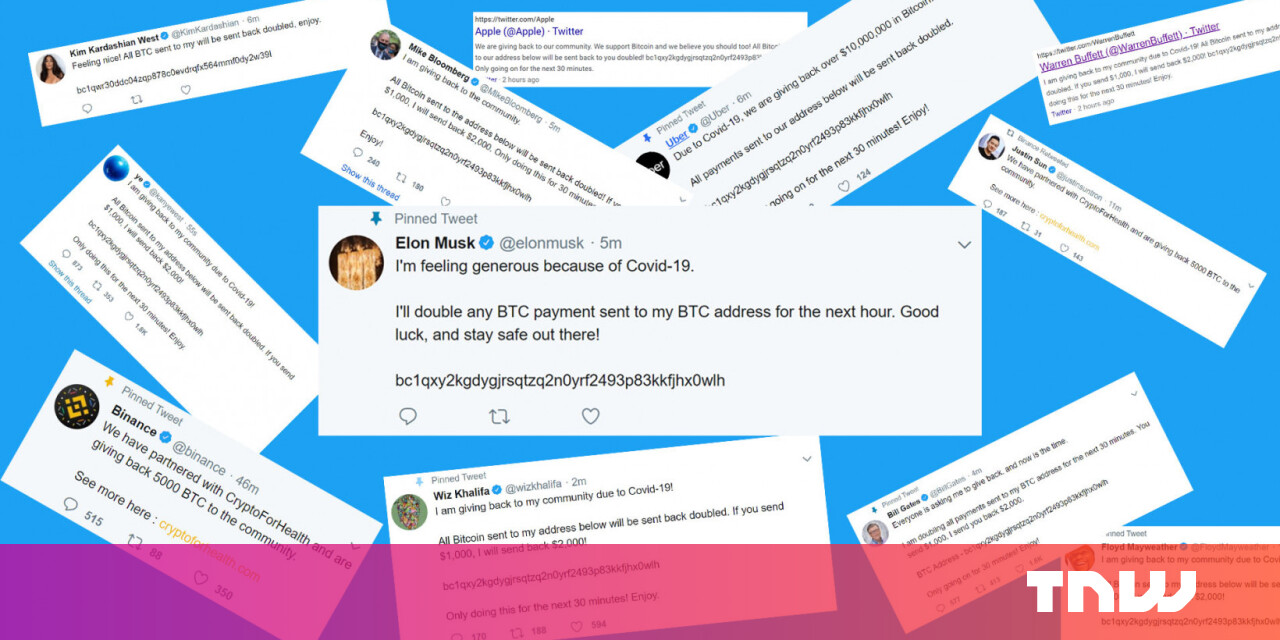 Yesterday, Twitter saw its most brazen hack ever, in which one or more hackers were able to access the accounts of some of the most prominent people and companies on Twitter in an effort to scam followers out of bitcoin. Among them were Barack Obama, Joe Biden, Elon Musk, Apple, and Uber, to name just a few.

So far, it’s unclear whether the culprits were able to access any particularly sensitive information; Twitter has not yet confirmed whether hackers were able to read user’s DMs. Even if they weren’t, the fact that they were able to pose as some of the most famous people and companies in the world — including a former president and a potential future one — sent a chilling message. It’s a matter of national security, so today the FBI confirmed it is investigating the incident.

In a statement, the San Francisco Division of the Bureau said:

The FBI is investigating the incident involving several Twitter account belonging to high profile individuals that occurred July 15, 2020. At this time, the accounts appear to have been compromised in order to perpetuate cryptocurrency fraud. We advise the public not to fall victim to this scam by sending cryptocurrency or money in relation to this incident. As this investigation is ongoing, we will not be making further comment at this time.

Although Twitter is headquartered in California, New York Governor Andrew Cuomo also announced the state would launch its own investigation:

“The Twitter hack and widespread takeover of verified Twitter accounts is deeply troubling and raises concerns about the cybersecurity of our communications systems, which are critical as we approach the upcoming presidential election. With more than 300 million users, Twitter is a primary source of news for many, making it a target for bad actors. This type of hack by con artists for financial gain can also be a tool of foreign actors and others to spread disinformation and – as we’ve witnessed – disrupt our elections.

“I am directing a full investigation into this massive hack through the New York Department of Financial Services and any other relevant state agency to bring the facts to light. Foreign interference remains a grave threat to our democracy and New York will continue to lead the fight to protect our democracy and the integrity of our elections in any way we can.”

Although the hackers appear to have ‘only’ gotten away with about $120,000 worth of bitcoin, the scam was particularly troubling for the widespread access the bad actors had to such prominent accounts.

Though Twitter is often seen as second-fiddle to Facebook in the grand scheme of social media, it is arguably the platform that holds the most influence in politics, especially given President Trump’s particular fondness for the social network. It’s not hard to imagine how hackers could have wreaked much more consequential havoc if they’d had political motivations rather than financial ones.

It remains to be seen whether hackers will be able to get away with it. With federal law enforcement involved, the hackers will certainly have to cover their tracks, but there’s also nothing to suggest the hackers were situated within the US.

Luckily, as pointed out by Engadget, bitcoin transactions aren’t quite as anonymous as many believe. Despite the currency’s decentralization, all transactions are visible in a public ledger, and with enough resources — like, you know, the FBI — law enforcement might be able to put together the puzzle pieces.

They already have before, after all, and those were Russian spies. Considering many security experts believe the attack was carried out by just one or a few self-interested individuals –  likely not state-sponsored, and perhaps not even particularly clever — they may not be in the clear for long.

Prosecutors claim to have caught teenage mastermind behind Twitter hack