Every year the world seems to be getting crazier and more people are starting to realize that it stems from oppressive government transgressions against a peaceful society. The world has noticed millions of people from France, Hong Kong, Venezuela, Indonesia and more are rising up because citizens are sick and tired of the manipulation. Because of all the money printing, hyperinflation, capital controls, austerity measures, and privacy-invasive tactics, groups and individuals have discovered that cryptocurrencies are profound tools for achieving economic freedom and the interest in permissionless money has only just begun.

Three years after the 2008 economic crisis, the Occupy Wall Street (OWS) protests started in New York City’s Zuccotti Park and quickly spread across the world. OWS protest camps were staged internationally and there were many other types of similar demonstrations like the Arab Spring protests, the British student protests, the bank bail-out protests, and the Iranian election demonstrations. All of these activists had been fighting against economic inequality and the huge wealth disparity within the world. Now, little more than eight years later, people are rising up again for the same reasons. Revolution-style protests are taking place in Argentina, Venezuela, Indonesia, Netherlands, France, India, Russia, Hong Kong, Chile, Lebanon, Peru, Haiti, Egypt and Syria, and the whole world is watching closely.

The Argentines have literally watched their government destroy the economy slowly. The socialist leaders recently initiated currency controls as the country’s central planners have failed to fend off hyperinflation. In September, the Argentine government told the public the peso was extremely weak and restricted foreign currency purchases. Hundreds of thousands of Argentines took to the streets in Buenos Aires demanding that the government fix the situation.

There’s also been a massive food crisis and nourishment has been hard to come by in the Latin American country. Ivan Martinez, a protester in Buenos Aires, told news outlet Al Jazeera: “The situation is dire for all of us.” “I’m a construction worker but there is no work. It’s difficult to feed my children. That’s why I come here because the president’s policies are slowly killing us,” he added.

Similar to Argentina, Chile is also facing serious economic problems and the country’s citizens have risen up in protest. For a while, Chile was known as Latin America’s economic powerhouse with seemingly never-ending prosperity. But this year is very different as Chile is suffering from rapid inflation and pension shortages. The government has been raising prices, despite the economic outlook, thinking that austerity measures and tax hikes will solve the problem. The capital’s subway operator Metro de Santiago raised the price of tickets to $1.15 during rush hour and Chilean politicians also increased electricity costs by 10%. Much like the OWS protests, the Chilean government doesn’t know who is behind the uprisings that can be seen throughout major cities across Chile. The media details the movement was largely organized on the internet using social media platforms.

The streets of Paris this year saw thousands of yellow vests demonstrating against rising taxes, the manipulated banking system, and the region’s unethical bureaucrats. The group known as Gilets Jaunes formed marches in Paris that saw hundreds of thousands of people in the streets. Banks were vandalized and one group of Gilets Jaunes started burning banknotes at the bill printing factory.

“Starting today we start to burn foreign bills stock — The first paper ream we have here is for Israeli banknotes,” the bill factory employees stressed. “We start with this, then we burn everything — If the French government doesn’t change, all foreign countries that are waiting for their bills, will not be delivered.” It’s unknown how far the group of employees went with the burn, but the economic uncertainty in France remains dire.

Hong Kong has seen weeks and weeks of protests that don’t seem to be ending anytime soon. The demonstrations stem from Hong Kong citizens wanting to partition themselves from Beijing as China has been in full control over the territory since the British handover. However, activists have been striking at the root of Chinese banks located in the country following massive sit-ins at the national airport and demonstrations across several locations citywide.

Citizens of Indonesia have been protesting as well, as students demonstrated against a proposed ban on extramarital sex. But just like Hong Kong, the protest reports go well beyond the controversial ban and dissenters on the streets have said government rules have been constantly overbearing. The Indonesian protests stem from a deteriorating economy and poor central planning, and the rise ups have been growing fervently thanks to social media. Civil rights, basic freedoms, and privacy are the main issues, many Indonesian protests participants will tell you. “It’s not a one-issue protest,” explained Andreas Harsono of Human Rights Watch in Indonesia. “And it’s also not a unified or organised movement.”

An economic crisis is devastating India according to various reports from news.Bitcoin.com’s Kevin Helms. It all started at the end of September when the Reserve Bank of India told 137 smaller financial institutions to limit withdrawals to 1,000 rupees ($14) and the public erupted in protest. “Depositors will be allowed to withdraw a sum not exceeding ₹ 1,000 (rupees one thousand only) of the total balance in every savings bank account or current account or any other deposit account by whatever name called, subject to conditions stipulated in the RBI directions,” the bank told the public. To this day, customers are still having problems withdrawing their hard earned money from a number of cooperative banks.

Egyptians are protesting their oppressive government right now because even though the economy is doing well, the country’s bureaucrats are the only ones reaping the benefits. Just like the Egyptian rise ups in 2011, the people are looking to see certain politicians arrested and jailed for their transgressions.

The three weeks of demonstrations in Egypt are no different than what’s happening throughout various countries across the world. Egyptians are upset about the draconian repression, increased political corruption, and government-imposed austerity measures. Thousands of Egyptians have been arrested and the latest demonstrations have people questioning “whether the Egyptian political system is about to collapse.”

The people living in Lebanon want a new government and word on the streets is the overreaching politicians continue to hurt the average working-class citizen. Lebanese are tired of the bureaucrats taxing the people on every single thing they do and the recent protests started after a tax proposal on Whatsapp calls. Hundreds of thousands of people took to the streets in anti-government protests against a 20-cents-per-day charge for using voice over internet protocol (VOIP) platforms. The most popular is Whatsapp in Lebanon, but Lebanese also use Facebook messenger. Lebanese activists have called for a new government and the latest demonstrations are the largest since 2005.

The youth in Russia have been protesting Vladimir Putin’s authority since 2012 and Putin doesn’t seem to care. Dissidents in Russia keep protesting and the police just continue to arrest the activists immediately. A protest last July saw 1,300 student arrests at opposition demonstrations. People in Russia are tired of the laws against Russian protesters and in September roughly 20,000 took to the streets to put an end to prosecutions tied to mass protests. Russian prosecutors had started an oppressive criminal case against demonstrators when people rallied against alleged rigged elections.

Throughout all of these events and the financial turbulence worldwide, safe-haven assets like precious metals and cryptocurrencies are being used as tools for economic freedom. Other tools such as the use of guerilla-styled social media tactics and encrypted chats are being deployed globally.

Millions of people from other nation states like Venezuela, Netherlands, Peru, Syria, South Sudan, Zimbabwe, Haiti, and Spain are rising up against their corrupt governments as well. It’s pretty easy to see why they are growing tired of the manipulation and it’s safe to say the central planners’ band-aids and money printing tactics are not helping. 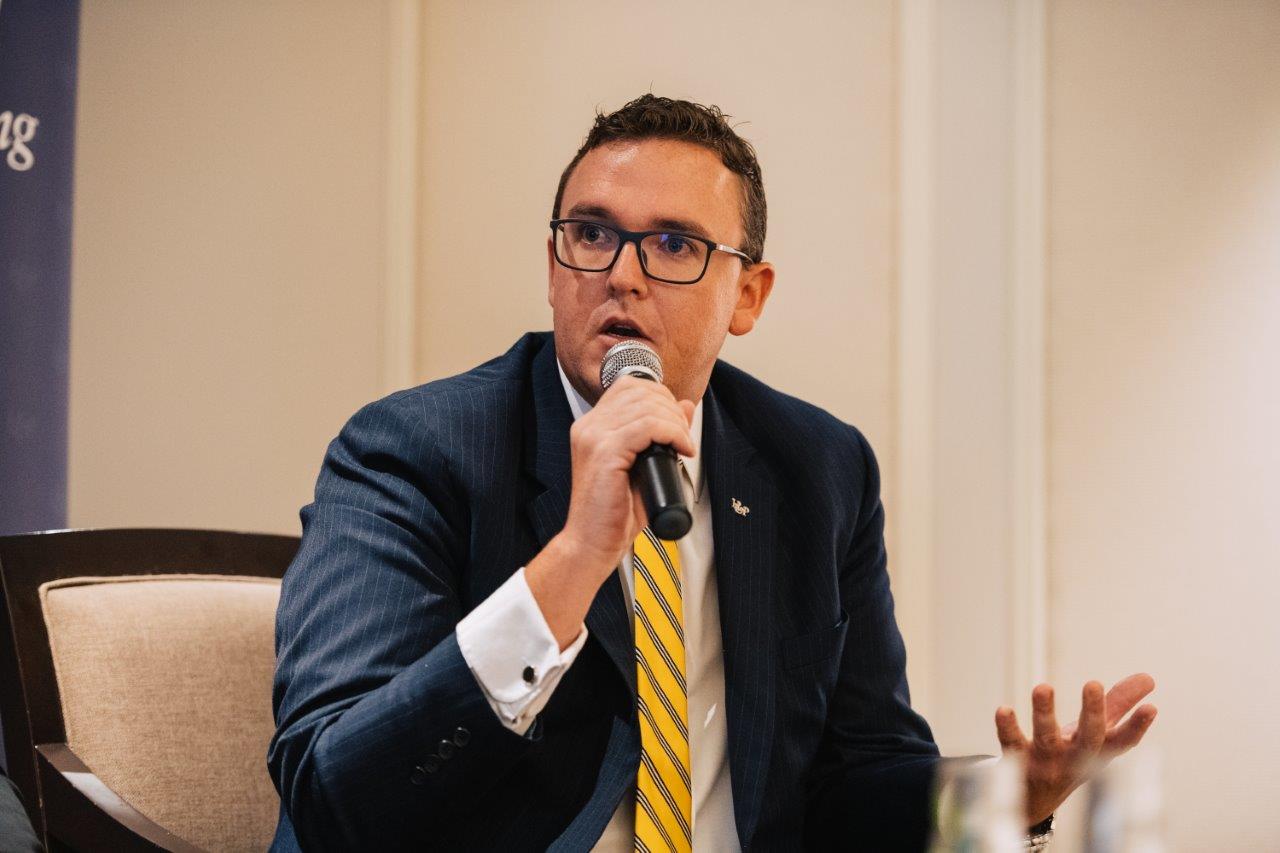