0Shares
Contents hide
1 In a nutshell: Do you like your CPUs to pack an obscene number of cores? Then here’s some good news: AMD’s monstrous 32-core/64-thread Threadripper 3970X is finally available for purchase. What’s even better is that the processor is available for the MSRP of $1,999.
2 Related Reads

In a nutshell: Do you like your CPUs to pack an obscene number of cores? Then here’s some good news: AMD’s monstrous 32-core/64-thread Threadripper 3970X is finally available for purchase. What’s even better is that the processor is available for the MSRP of $1,999.

We gave the third-generation 3970X Threadripper a score of 90 in November’s review. While it’s AMD’s most expensive desktop CPU ever, it does come with 128MB L3 cache, a base frequency of 3.7 GHz, and a boost of 4.5 GHz, not to mention those 32 cores and the 64 threads.

While we often see processors with inflated prices soon after their launch, as was the case with the Ryzen 9 3950X, the Threaripper 3970X can be grabbed from Amazon for its $1,999 MSRP.

The 3970X blasted through our benchmark tests, showing excellent single-core performance along with amazing multi-core performance. You will need one of the new TRX40 motherboards with an sTRX4 socket to use the chip, and its 280TDP means a beefy cooling solution is required. 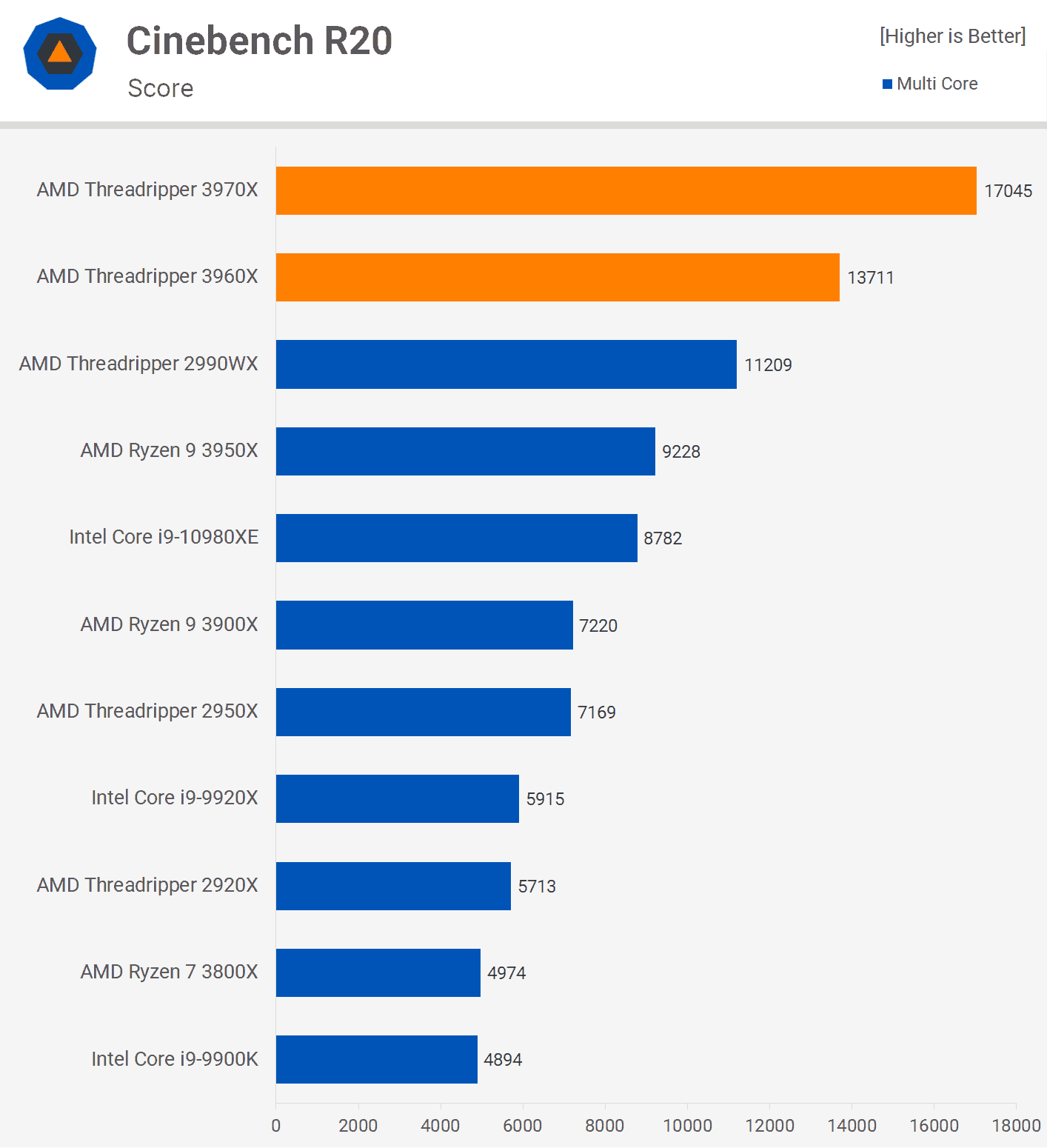 For those who need multiple cores for workloads such as video editing, you can’t a chip that offers better price vs. performance than the Threadripper 3970X, though the upcoming 64-core 3990X could steal its crown.