Songbird is the Canary network for Flare. It will come in two separate phases. Before the launch of Flare, the Songbird blockchain will play an integral role in the continued testing of the StateConnector and F-Asset systems, the Flare Time Series Oracle (FTSO), and the network infrastructure.

The blockchain space keeps growing leaps and bounds and Songbird Blockchain appears to be a great addition to this space. F-Asset and FTSO protocols will go live on Songbird with the F-Assets generated from the underlying tokens. That is set to enhance stability, security, and credibility for the eventual launch of Flare.

Developers are excited to release their updated plans on the launch and development of Flare. Through extensive tests of the network and multiple integral Flare protocols, the network is intended to offer utility to the users. By September 2021, the testing of this blockchain has reached levels with several elements where more functionality is understood from extra testing on isolated test networks.

Live testing is also being done on an operational blockchain that is set up in an adversarial space. In the next 5-6 weeks, the developers announced that they will be unveiling a ‘Canary’ network for Flare dubbed Songbird.

Flare is the startup that is developing the canary network that it plans to launch later in the year. The team behind the project said that its network will introduce smart contract functionality to Dogecoin (DOGE). The functionality will also be introduced to Stellar (XLM), XRP, and Litecoin (LTC), with a lot more to come. 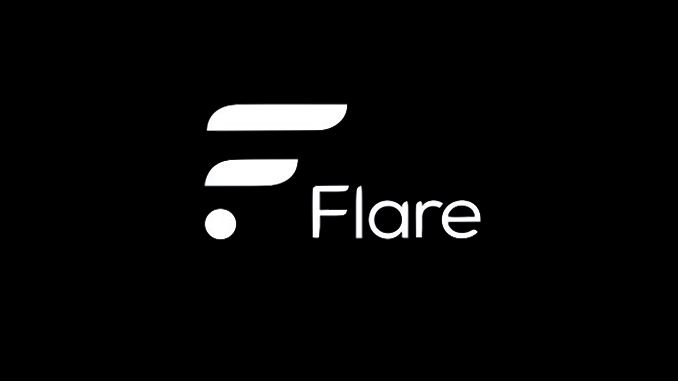 “[DOGE] is the people’s coin. It has a huge community. Flare is Ethereum for all the layer1s that were left behind.”

The deal seems to be the sweetest for the XRP holders. Anybody that held XRP on December 12, 2020, is eligible for airdropped SGB, the coin that will power the new Songbird blockchain.

By description, a ‘Canary Network’ is an operational blockchain that has a defined token supply. It is intended to be used to test different features for a related mainnet. While on a Canary network, users have a balance that cannot be replenished at will, which means that the token supply is limited.

The limitation comes in contrast to a testnet that mostly has an unlimited token supply available in increments to any user via a faucet. Scarce and defined token supply may confer value to the token, possibly making it quite attractive to the attackers such that testing becomes as ‘real’ as it can get.

This strategy ensures that the system is hardened during the testing process. The originator of the Canary network concept is Polkadot with their Kusama Network.

Songbird blockchain will play a massive role in the continued testing of various products. The products that will be tested using the platform include StateConnector and F-Asset systems, the Flare Time Series Oracle (FTSO), and the network infrastructure.

After the Flare launch, Songbird is expected to become a long-term network for testing most of the governance-led changes to the Flare network. It will also help in the incorporation of new F-Assets, help in the changes implemented to the FTSO, F-Asset systems, and all other network changes.

In both the testing phase and after the Flare network goes live, Songbird is expected to have two other core uses.  For starters, community building and advanced testing for applications that want to launch on Flare, mostly those that use the F-Asset and FTSO systems will test originally on Songbird.

Secondly, to ensure that FLR token holders familiarize themselves with crucial Flare protocols like the minting of F-Assets, delegation to the FTSO, and usage of applications that are powered by Flare without risking their FLR tokens.

The Flare network will launch with all tested protocols, initial F-Assets, FTSO, and StateConnector. Analysts believe that using Songbird as the test site for possible updates to Flare means that Songbird will be the more advanced network than Flare. Many dApp launches and innovations will take place on the Songbird blockchain before they are introduced on Flare after testing.

This functionality makes Songbird a unique network that can be useful when in isolation to test applications that do not require the intended stability of Flare. In most cases, such applications only want to benefit from the core Flare protocols and possibly more advanced features that Songbird might provide ahead of Flare. Such an arrangement appeals to lower-value applications while Flare may appeal to apps that handle great amounts of value.

Songbird said that its token, Songbird ($SGB), will be distributed only once and in the same ratio to the recipients of the FLR distribution. The team said that the total starting supply will be 15 billion. It will come with initial inflation of 10% per year via the FTSO and validator rewards systems.

It means that for each 1 XRP that was held at the time of snapshot 0.1511 SGB will be allocated. Interestingly, no pre-defined minting rewards pool will be available. Instead, all that supply will remain with the Flare Foundation.

In case you claimed FLR via self custody, you can use the same Ethereum style address but using a different Chain ID to access the Songbird platform. In case you claimed your FLR via an exchange they will get SGB on your behalf. You will then have to request them to distribute it to you. 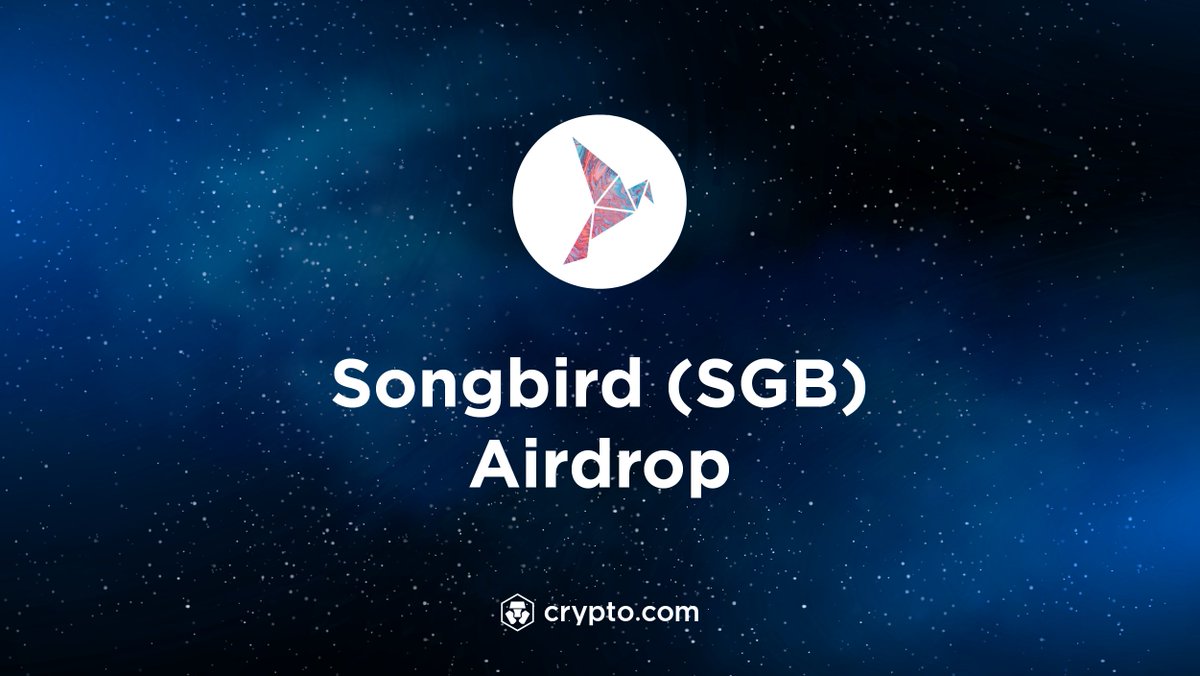 Governance might however prove useful in adding extra chains, F-Assets, and prices that are yet to be suggested by Flare governance, to the Songbird state connector, F-Asset protocol, and FTSO respectively.

Flare To Connect With Four Blockchains

XRP holders will get up to 30% of the cumulative initial supply of 100B tokens. Another 22% will get distributed through liquidity mining in the next seven to eight years to the investors who move digital assets from compatible chains onto Songbird.

Notably, the four blockchains Flare is scheduled to connect with have a cumulative market capitalization of at least $150 billion. In case these blockchains are somehow integrated, the emerging blockchain would instantly become the number 3 biggest blockchain.

Therefore, introducing smart contract capabilities to chains that are already worth billions might be extensively impactful for all of them. It would be just like the case of decentralized finance (DeFi) that completely turned the fortunes around for Ethereum after the ICO bust that deflated up to 90% of ETH’s value.

In that context, a network purpose-built to infiltrate blockchains that cannot support smart contracts independently may unlock massive potential in all the available capital. This potential capital is crucial for the Flare team. Philion said:

“The team wanted to start with big communities with coins that needed more functionality. Flare will make it easy to port those tokens in and let them access smart contract functions.”

Philion also added that Flare might conduct transactions across multiple chains in the future. These blockchains will be interrelated and organized on Flare.

First, Songbird will go live as a pure EVM smart contract network, which will enable testing of the network infrastructure and for the execution of tests on third-party dApps. Subsequently, the State Connector, FTSO, and F-asset systems will be enabled.

Flare will go live after massive testing of all systems on Songbird with the current final security testing and audits expected to be completed at the end of September.

Chaos And Losses Warning About Songbird

The team says that Songbird should not be considered to be a production-ready network. In this case, it is for testing the integrity of the proposed production network (Flare), the Flare core protocols, proposed governance updates over time, and dApps launching on Flare.

Flare does not promise to continue supporting or developing the Songbird Blockchain in the future. The Flare team and possibly the different teams testing their decentralized applications on Songbird will actively try to look for and exploit bugs and other challenges and break the network.

Thus, Songbird comes with a potential for token loss, loss of liveness, and risk that is possibly bigger than mainnet deployments. The chaos on the Songbird blockchain should be expected and it is intended to be riskier than the Flare Network.

In most cases, chaos introduces opportunities for the users who need to be wary of the elevated risks involved in the testing process. Songbird is seen to represent an opportunity for parties to try breaking into the protocol before all auditing and testing is completed. Over time, Songbird Network likely fades from memory or it might evolve into its independent blockchain.

The easiest live comparison that exists for the Songbird Blockchain would be what the Kusama Network has become to the Polkadot Network. Around eight months before the majorly successful launch of the Polkadot network, Kusama was introduced. However, Kusama has managed to take on a path of its own over time.

All major apps need to run via Kusama before they find their way over to the Polkadot network. Today, Kusama even has parachains before Polkadot. Parachains are expected to support the coveted functionality of smart contracts on the Polkadot Network.

Moreover, the interplay that exists between the Polkadot platform and the native Kusama (KSM) token is perfectly defined through a mechanism that is known as parachain auctions better than SGB and the Flare Network.