Preston Byrne: Peirce’s Safe Harbor Proposal Would Be Hilarious if It Weren’t So Serious 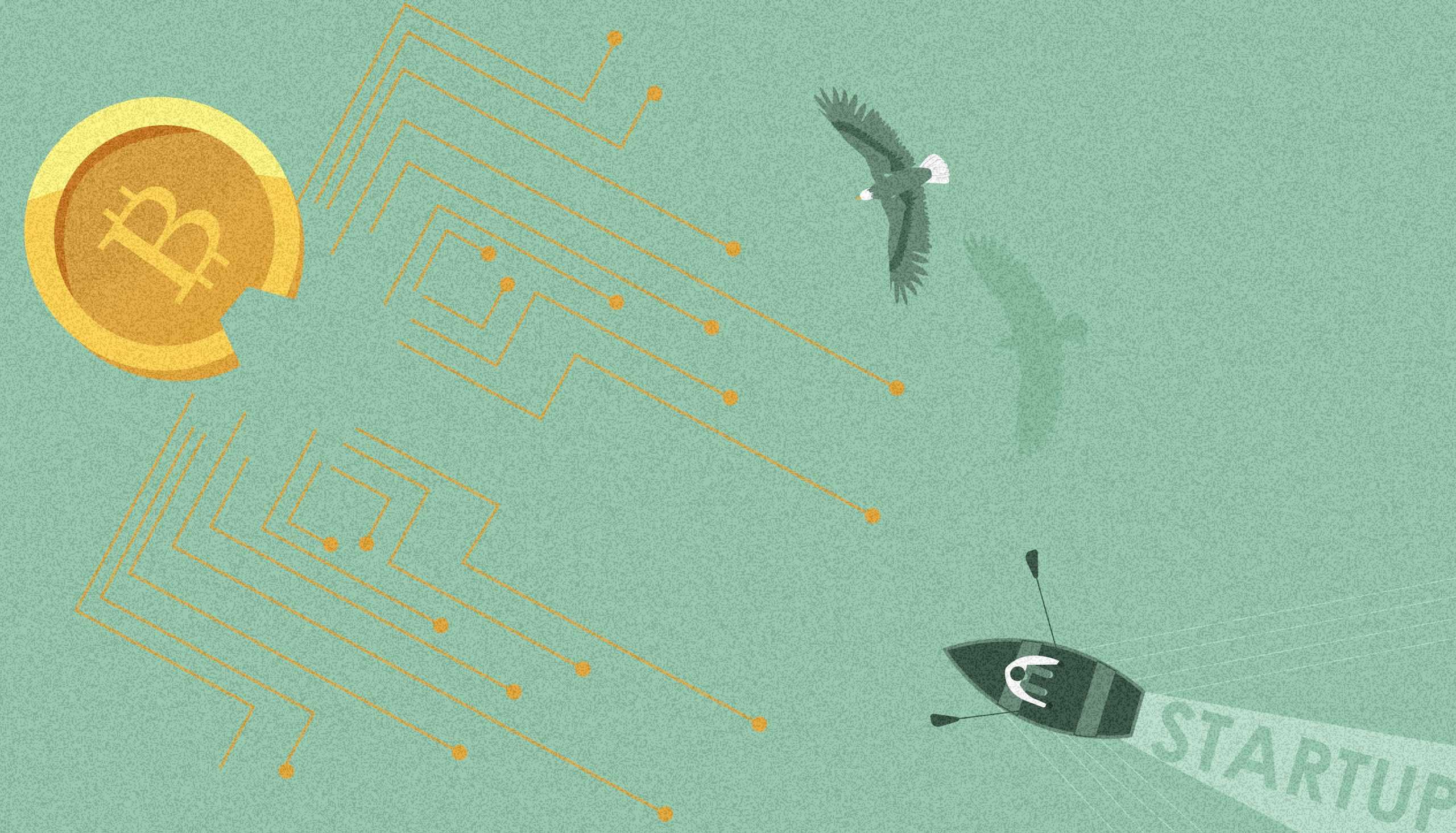 Preston Byrne, a columnist for CoinDesk’s new opinion section, is an attorney at Byrne & Storm, where he advises cryptocurrency miners, decentralized protocol developers, custom software development shops, and interactive computer services businesses. This is his bi-weekly column, “Not Legal Advice,” an opinionated roundup of bigger legal topics in the crypto space. And, yes, it is not legal advice. Hester Peirce’s CoinDesk op-ed about her Safe Harbor proposal is here.

Much ink has been spilled over the last six years about the extent to which U.S. securities laws can and should apply to the sales of cryptographic tokens by protocol developers.

The default position that a conservative law firm will follow is that in the U.S. the sale of a token by a protocol developer before a token network is launched is the sale of a security. Current Securities and Exchange Commission (SEC) policy appears to say that, in the life of any cryptocurrency, there will come a point when the token has been distributed to sufficiently many hands and the network’s architecture is sufficiently distributed – or as SEC corporate finance director Bill Hinman put it in 2018, “sufficiently decentralized – where purchasers would no longer reasonably expect a person or group to carry out essential managerial or entrepreneurial efforts,” and thus the token ceases to be a security.

SEC Commissioner Hester Peirce, aka “Crypto Mom,” thinks the government should facilitate startups that want to have a go at turning their definitely-are-securities-today into maybe-not-securities-tomorrow. She has proposed a safe harbor to achieve this, whereby token startups will be given a three-year head start to take an ICO coin and turn it into a “decentralized” network, i.e. one which:

is not dependent upon a single person or group to carry out the essential managerial or entrepreneurial efforts… (such that) the tokens must be distributed to and freely tradeable by potential users, programmers, and… secondary trading of the tokens typically provides essential liquidity for the development of the network and use of the token.

facilitate participation in, and the development of, a functional and/or decentralized network, unrestrained from the registration provisions of the federal securities laws so long as [certain] conditions are met.

In other words, under the proposal, crypto projects would be able to sell securities to the public and work towards “decentralization” by, among other things, selling still more of these securities and creating a robust market for these securities, in the hope that engaging in the sale and marketing of these securities will turn them into non-securities, despite the fact that they will function in the marketplace exactly as securities do today at all relevant times.

This proposal would be hilarious if it weren’t so serious.

The most significant issue is that the proposal relies on a standard for “decentralization” which isn’t entirely certain today. Although the SEC has “decentralization” guidelines in print, projects that appear technically indistinguishable receive differing regulatory treatment for reasons that, to industry experts, are not immediately apparent.

Take, for example, Block.one, Sia and Telegram. Block.one claims to have raised north of $4 billion in a yearlong, rolling ICO for the EOS blockchain that kicked off with the purchase of billboard advertising in Times Square at the Consensus 2017 conference. Sia did an unregistered ICO also, raising roughly $150,000.

Block.one was fined $24 million, or about 60 basis points on $4 billion, and walked away, and its once-were-securities-but-I-guess-now-they’re-not coins continue to be listed on major exchanges. Comparatively smaller offender Sia was fined $250,000, or twice what they raised, and walked away. Telegram, by contrast, drew an emergency injunction in the Southern District of New York and the project has ground to a halt.

Of course, there are reasons why the SEC might be friendlier to some startups and less friendly to others. For example, startups that approach the SEC and cooperate will be treated more gently than those that do not. But, fundamentally, the real problem here is that the SEC’s “decentralization” test, as currently used, and as proposed to be used in the future, is unquantifiable to the point of being unconstitutionally vague.

There is no agreed statutory or technical definition of what makes a project more or less “decentralized.” When prominent developers and industry marketers cannot agree on a uniform definition of the term, which more often appears to be marketing-speak than as a definite, measurable quality, I struggle to see how the government should be in a better position to do so. For this reason, I would struggle to advise a client seeking to adhere to the “decentralization” test whether they are decentralized or not.

The only thing that is made clearer by this proposal is that, to paraphrase an industry colleague, “’blockchain technology’ and Mom & Pop investors don’t have lobbyists. Coinbase does.” This proposal is fantastic for startups who need capital, market venues who need trading volumes to survive and the lawyers who advise them. For this reason, I don’t expect that many U.S. law firms will raise significant objections to this proposal which, if adopted, would almost undoubtedly be the single greatest creator of transactional legal work since the invention of securitization.

It would facilitate a headlong rush of issuers into the lightly-regulated crypto-capital markets as every company in the world sought to obtain American investors’ capital without selling them so much as a single basis point of equity or taking on a single dollar of debt, all without needing to sort out the details for 36 months.

If that’s the rule the SEC wishes to adopt and the result it wishes to bring about, that’s the Commission’s prerogative. I might suggest that a simpler approach would be for the government to approach tokens like it approaches bitcoin: treat coins sold in an initial coin offering as something sold, a securities sale, and treat a mined coin as something made, a mere commodity, which will still allow for a great many experiments in blockchain tech to flourish without creating incentives for every company in America to launch its own token.

Crypto scam numbers on the rise

Seo Jin-ho, a travel-agency operator in South Korea, wasn’t interested in exotic investments when a colleague first introduced him to PlusToken, a platform that traded bitcoin and other cryptocurrencies. But the colleague was persistent.
…
His investment grew at a dazzling rate. He invested more—a lot more. In less than five months, he bought $86,000 of cryptocurrencies, cashing out only $500.

The story ends in a familiar way, with Seo Jin-ho losing all of the money he invested.

Crypto-analytics company Chainalysis estimates that after a fairly busy 2017 in which $1.83 billion was “invested” in crypto scams, 2018 was a quieter year. This is perhaps understandable given the noises that the SEC made from January through November.

In 2019, however, a staggering $3.99 billion – that’s billion with a B – was reportedly lost to crypto-investment scams. This suggests that regulatory intervention in 2018 was not aggressive enough to deter the continuing growth of “scam” activity.

Clamping down on scams is almost universally understood as an important prerequisite to mass adoption and acceptance of cryptocurrencies as a viable payment and financial services technology. When asking why investors seem so uniquely susceptible to crypto scams, it bears mentioning that each of the top ten coins in circulation was issued otherwise than through a regulated channel, with the SEC and Department of Justice, at least as far as the public is aware, declining to take action against ethereum, tether, XRP, litecoin, Binance Coin, bitcoin cash, bitcoin SV and tezos, and taking a $24 million punt on EOS, despite there being identifiable promoters for each project (usually a notionally non-profit foundation but sometimes a for-profit entity).

The absence of an adequate regulatory regime means that a new “scam” project is virtually indistinguishable from one that has shed that label through accidental success. The marketing material for, say, ethereum and for any “scam” currency are primarily found on informal channels such as internet fora and Twitter promotional posts rather than in the form of an offering circular. The closest thing to “legitimacy” that any particular project can obtain is a listing on Coinbase or Binance, commercial actors with commercial interests that call for them to list and trade more coins in greater volumes, regardless of the gain or loss to investors.

A “safe harbor” that made it more difficult for retail investors to distinguish bona fide projects like Blockstack from known scams like OneCoin for a three-year period would likely undo much of the progress towards mainstreaming crypto adoption that has been made to date, which has seen large institutional players like Bakkt or Fidelity Digital Assets enter the space.

Hester Peirce: Tell Me How to Improve My Safe Harbor Proposal