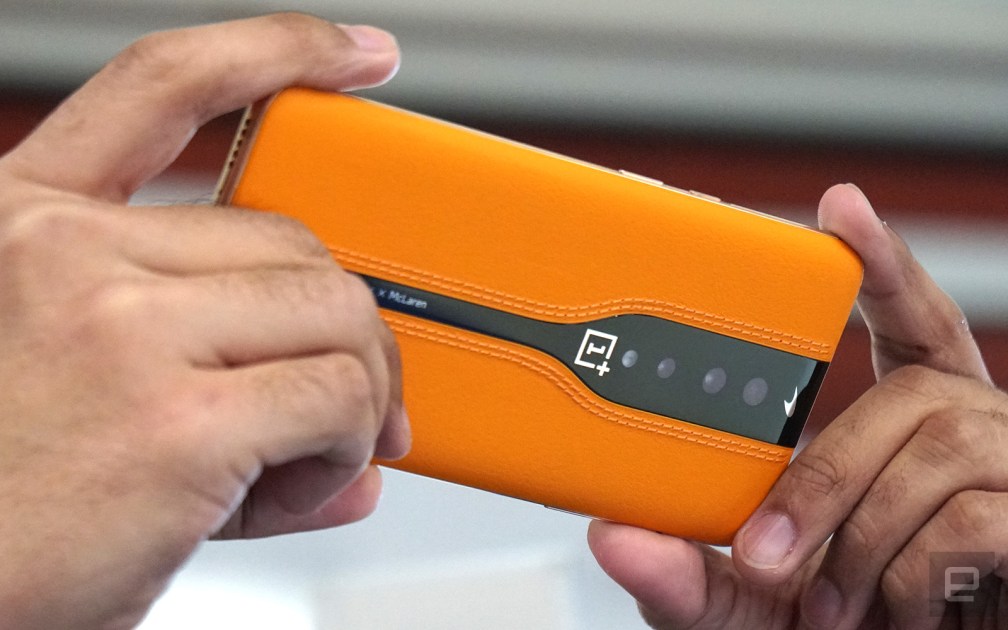 “Our partnership with OnePlus, which came to its scheduled conclusion recently, has been a highly successful collaboration between two iconic and innovative brands. Since the start of this partnership in 2018, OnePlus has been a supportive, valued partner and we wish them well and hope to see them in the future.”

The rep didn’t explain why the two companies are no longer working together, but it sounds like they decided not to renew their deal after their collaboration ended. OnePlus’ McLaren phones are usually souped up versions of their basic counterparts. The OnePlus 6T McLaren packs 10GB of RAM instead of just 6GB or 8GB, for instance, while the OnePlus 7T Pro McLaren has 12GB of RAM and 5G connectivity, which the standard 7T Pro doesn’t have.

At CES earlier this year, OnePlus also showed off a phone called Concept One that’s clad in papaya-hued leather that McLaren uses for some of its cars. Since it’s still a concept device and the companies’ collab has ended, we might never see the device make its way to shelves.