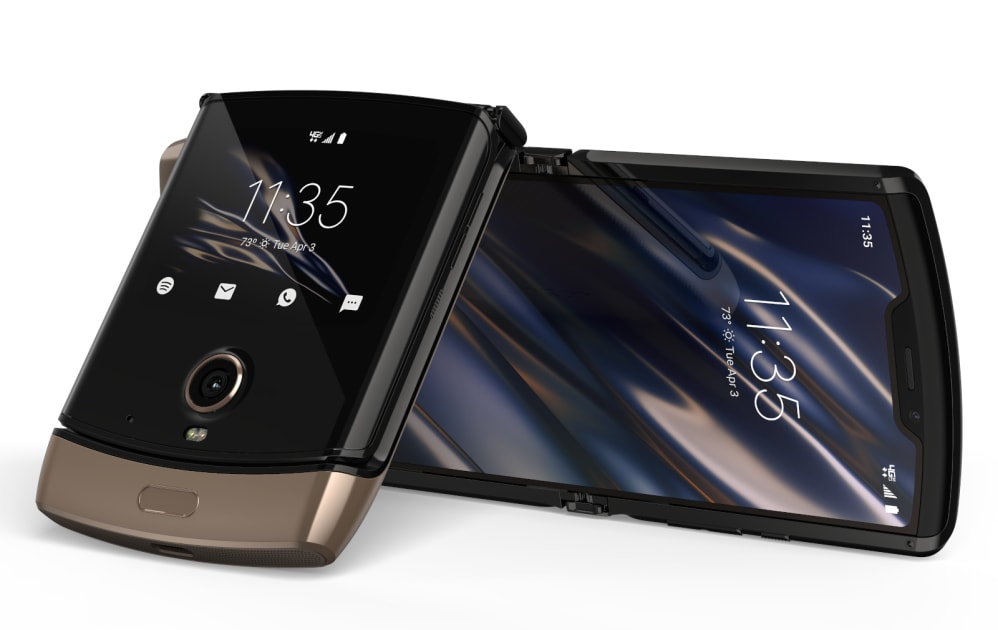 The Motorola Razr is now available in blush gold, in case the only thing that’s keeping you from spending $1,500 on one is the fact that the phone only came in black. While the new option thankfully doesn’t make the foldable device even more expensive, the only difference between it and the basic black version is the color of the back panel and the front chin.

It’s still the same Razr we reviewed in February that’s more of a fashion statement than anything. As we mentioned then, the device won’t run faster, last longer or take better pictures than other devices just because it costs $1,500. It also remains a Verizon exclusive. If you’re actually looking to get the phone because it makes a fashion statement, though, then you can get the blush gold Razr from Motorola’s or Verizon’s website.